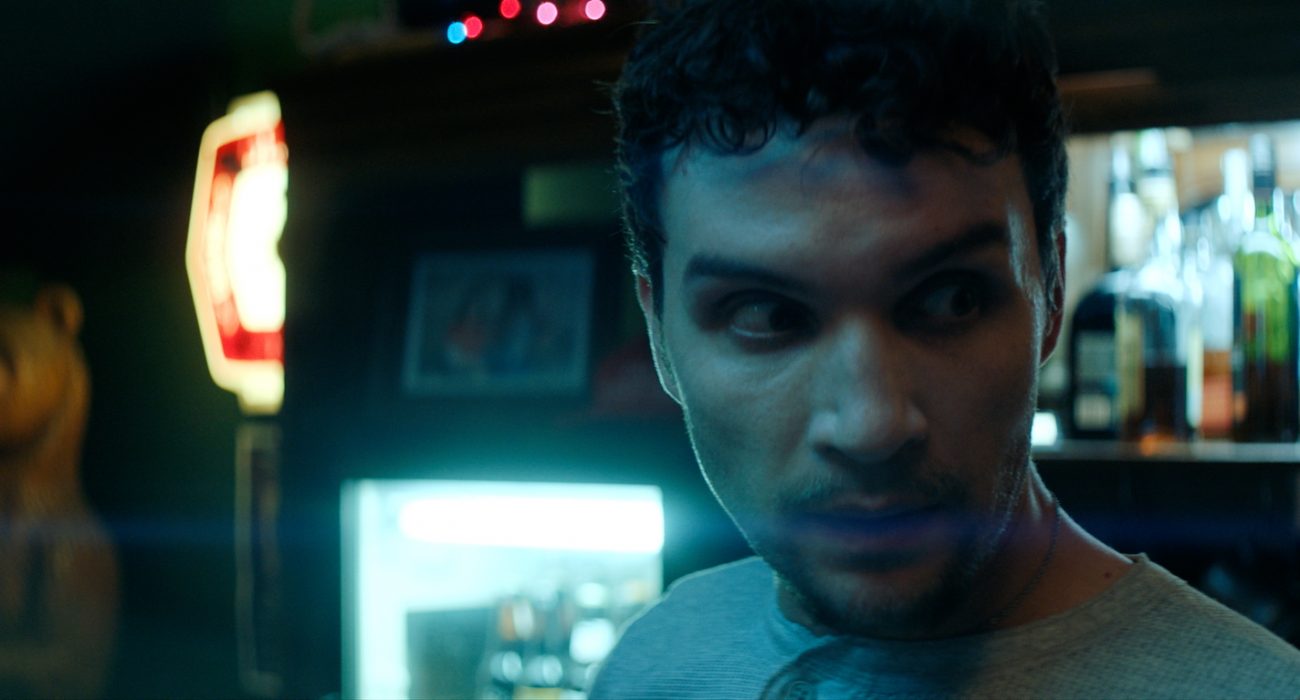 The Oak Room is an aesthetic exploration of storytelling, violence and class.

Part of the little-known sub-genre of Canadian horror, The Oak Room takes place in a lonely bar during a severe snowstorm and details an exchange between a grizzled barman and his friend’s estranged son (played by Breaking Bad’s RJ Mitte).

In an attempt to pay-off a vague debt owed to the surly barman, Mitte’s character begins to tell a story of murder and revenge. The barman, whilst initially dismissive of such ‘payment’, begins to interpose with his own short stories as each tale is dramatized for the viewer. However, the audience soon gets the sense that these narratives hold a prophetic quality, to be mirrored in the bar.

Whilst starting slowly, the film has a constant and unnerving sense of tension as each narrative appears to build upon the former as sub-plots of mistaken identity, disillusionment, and violence, leading towards an inevitably shocking twist.

I loved the film’s sense of claustrophobia, both in terms of its prophetic qualities and regarding its location. The bar is as inescapable as the events to happen in it. It is as if we are given a small window to witness something that will remain unknown and forgotten due to its isolation. The film does a fantastic job of making its audience feel as cut-off, as helpless, and therefore as vulnerable to the unknown as its characters.

However, The Oak Room is not perfect. At times its characters feel like two-dimensional stereotypes of ‘small town life’ rather than real, living people. This leads to an occasional sense that the film’s inevitable conclusion is more forced than natural, detaching us slightly from the sustained tension the film works so hard to create. Nonetheless, the film offers enough dramatic variation, combined with some great cinematography, to feel distinctly unique and intriguing. It uses elements of the horror genre but would be more accurately described as a thriller, primarily delivering a truly disconcerting and tense viewing experience.