Students claimed the fencing had been put up overnight with no prior communication
News
Photo: Antonio Ross

Hundreds of students living in Manchester University’s Fallowfield halls have gathered for an impromptu protest, tearing down the fencing that was erected around their flats earlier today.

The angry first-years let off smoke bombs and removed the new barriers which have prompted a furious backlash from students and parents.

University bosses said the fences were there as an “additional lockdown security measure” and had committed to removing them after the negative reaction, but the protest went ahead anyway.

NEW: Manchester University students have taken down the fencing around Fallowfield campus pic.twitter.com/tQFzDwKFQg

Izzy Smitheman, one of the organisers, told The Mancunion: “We are still going to protest. It’s not about the fence, it’s about the principle.

“This protest is about the whole of the University and their response to the pandemic. It’s about the complete lack of mental health support through the crisis.” 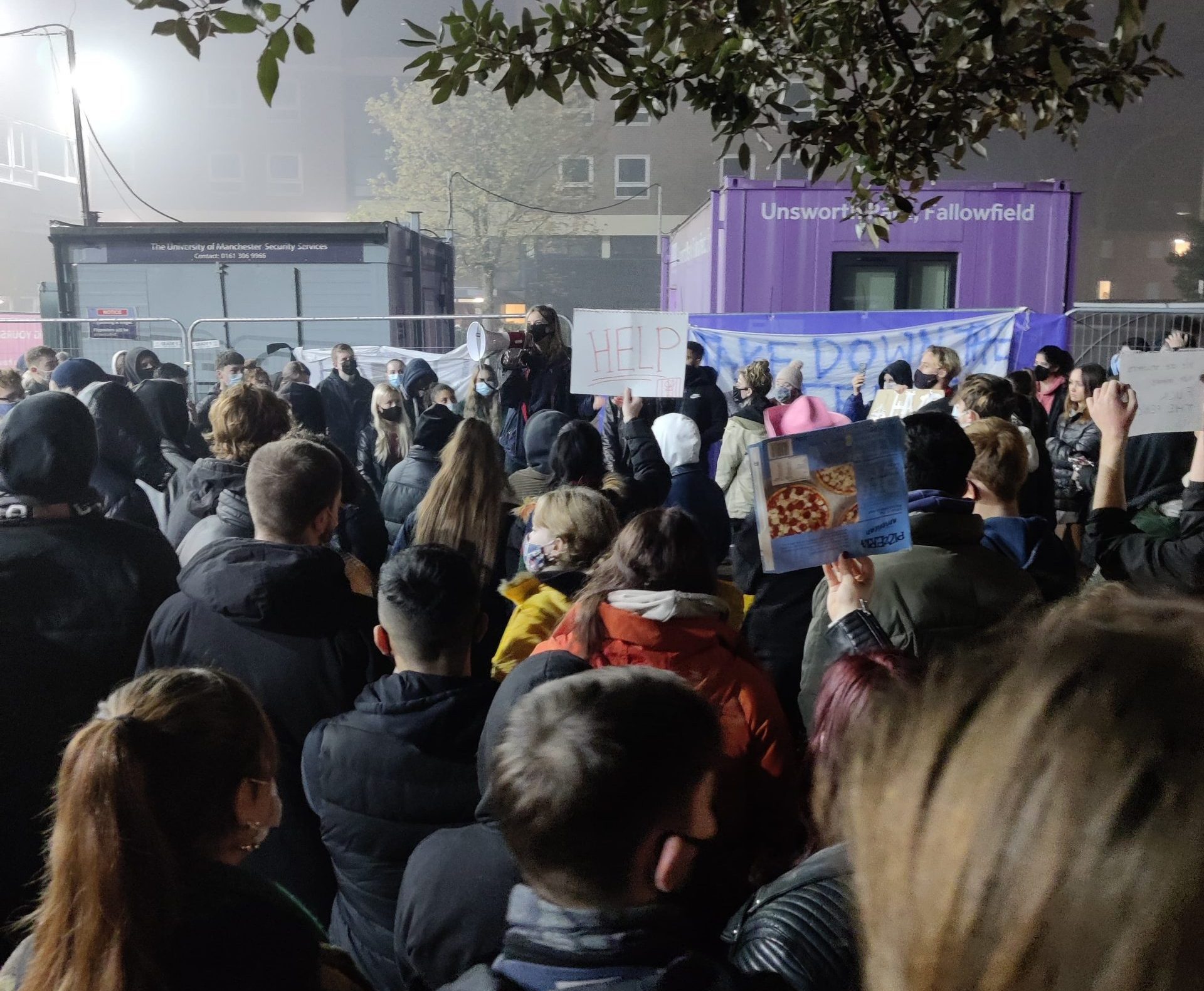 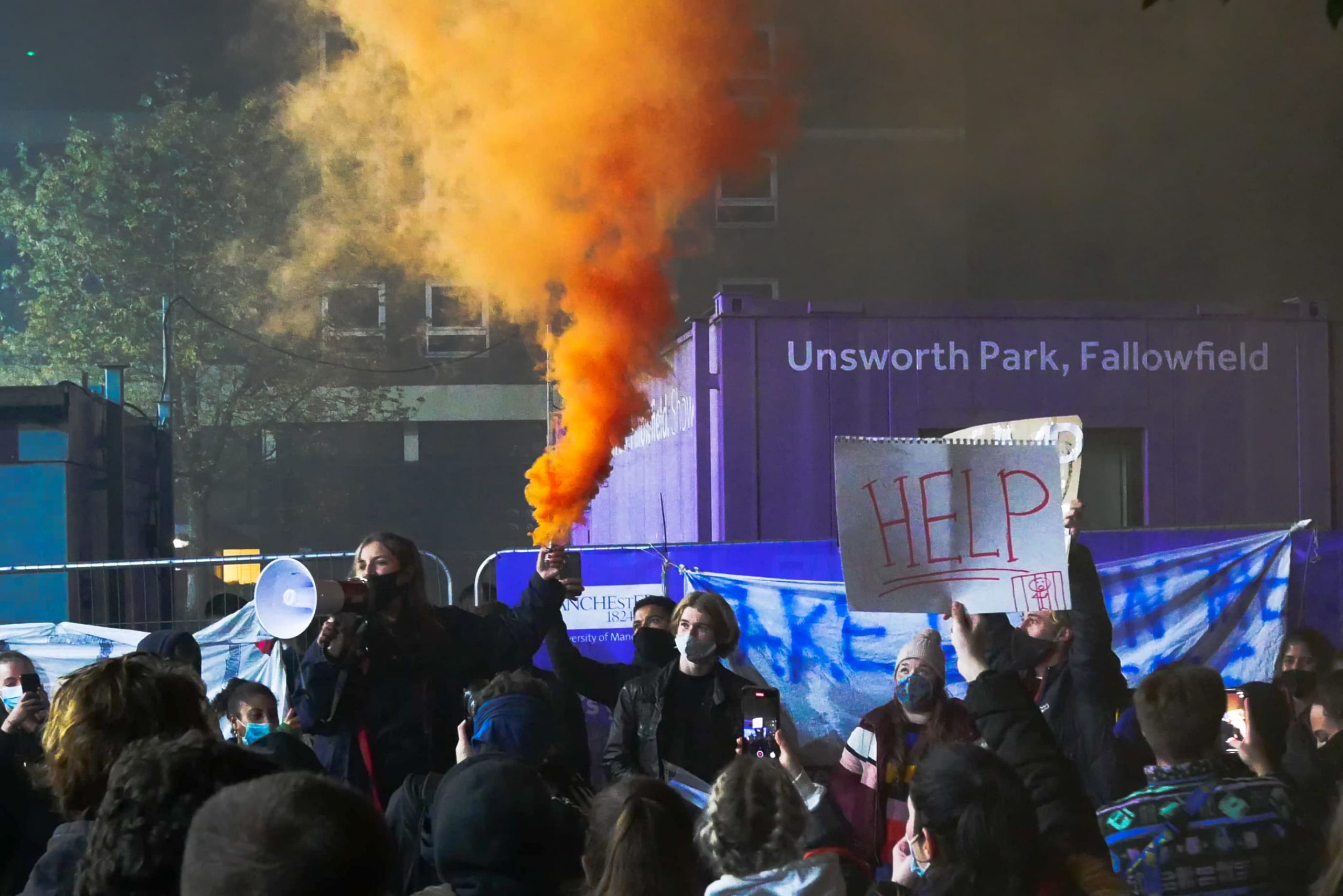 Students claimed the fencing had been put up overnight in Owens Park with no prior communication.

One second-year politics student at the protest said: “They’re ruining our lives after sending out contradictory information, it’s against our basic civil rights. People are getting depressed, they sent us back to university, it’s well dodgy.”

Another angry fresher who was present told The Mancunion: “The fences are a bit of a piss-take. We’re being treated like prisoners.”

The Manchester branch of the University and College Union put out a statement of “solidarity” with those in halls alongside Fallowfield councillors.

Addressing the students in “HMP Fallowfield” the Union said: “UMUCU, the union for lecturers and support staff at the University of Manchester, and the Fallowfield Labour councillors send our full solidarity, and love, to the students of Fallowfield.

“Instead of treating you like prisoners, or children who can’t be trusted, the University should start from a position of empathy and understanding. Many of you are young and away from home for the first time.

“Many of you are also particularly vulnerable to the impact of isolation, including on your mental health.

“Instead of standing with unions to demand proper funding for universities in this crisis, the university has moved you from across the country, with unworkable promises of face-to-face teaching, just to get your fees and hall fees.”

President and Vice-Chancellor Professor Dame Nancy Rothwell, said: “I sincerely apologise for the concern and distress caused by the erecting of a fence around our Fallowfield Halls of Residence today. This was not our intention – in fact, quite the reverse.

“The fencing was intended as a response to a number of concerns received over recent weeks from staff and students on this site about safety and security; particularly about access by people who are not residents. There was never any intent to prevent students from entering or exiting the site.

“The fences are being taken down from Friday morning and students are being contacted immediately. Alternative security measures, including additional security patrols, are being put in place.

“I apologise once again for the issues caused by this incident.”