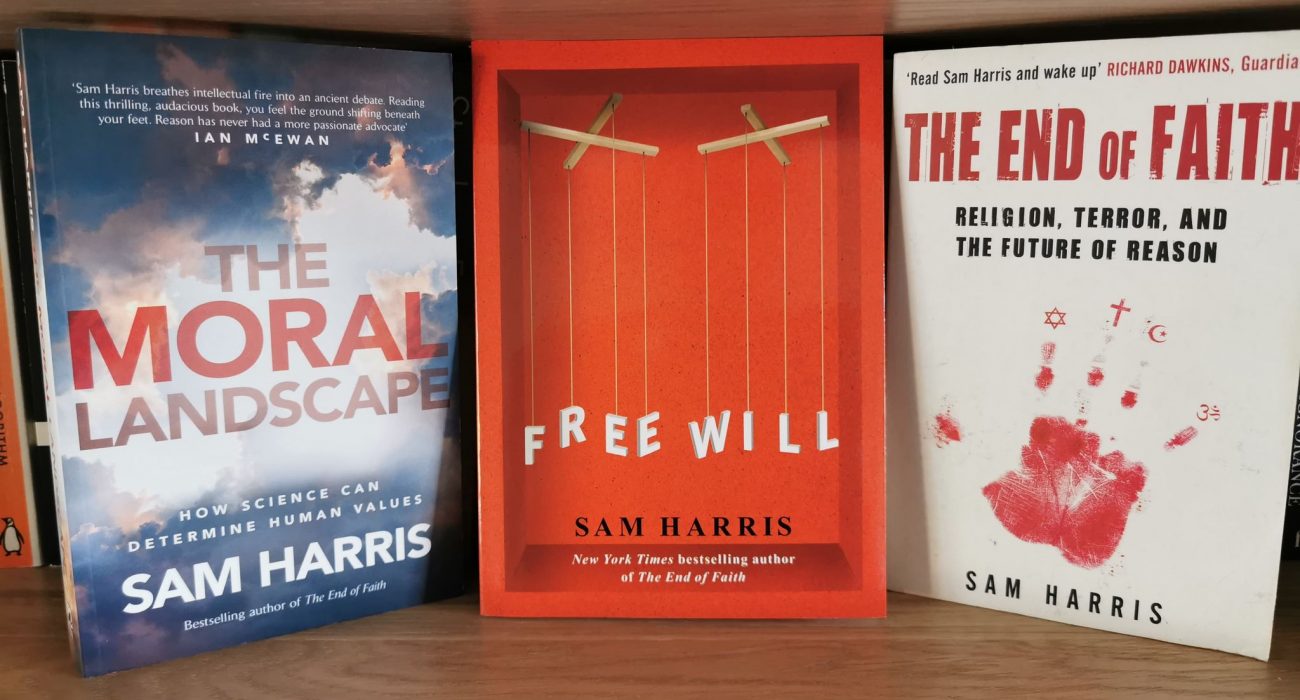 Do we have free will? Photo: Josh Whitehead

Are you reading this review of Free Will by Sam Harris right now? I mean you. Are you reading this? The obvious answer is: yes. There’s a chunk of flesh and bones, whose eyes are moving across the page, and whose brain is processing the words on it. We might even agree that it’s your consciousness that’s at play here. But is your consciousness you?

Are you the master of your eyes and ears and brain in the way you think you are? Or are you simply at the mercy of all the biological and environmental factors which meant you would always, at this time and in this place, be reading this article? In short: do you have free will?

These are the sorts of questions the neuroscientist and philosopher Sam Harris tries to answer in his book, Free Will. It’s a short, charming little book, written for a broad audience, but with a clarity and incisiveness which makes it a real joy to read. Harris might be a neuroscientist, but you don’t have to be.

I think, therefore I am?

Harris’ argument is essentially as follows: all of our actions, even the conscious ones we think we initiate ourselves – raising our arms, scratching our nose, deciding to make a cup of coffee – originate in our unconscious as a consequence of laws and processes that we do not recognise, and have no say over.

Since the brain, where our consciousness undoubtedly originates, is subject to physical laws in the same way as our lungs and a car and a thunderstorm, its processes are deterministic. That is, each can be reduced – and traced back – to a set of influences way before the action itself takes place. This could be our DNA, environmental factors, our personal histories; what matters is that we have no say over them.

This is quite an unsettling thought at first, and surely has profound consequences, not least for morality. Is a murderer truly responsible for their crimes? We would say yes, but the evidence and our deepest understanding of free will says no.

Guilt and responsibility exist only when we consider that someone could have taken an alternative path to the one which they actually took. As Harris shows, this is impossible. To think so is to expect the universe to be exactly as it was, all influences and factors exactly the same, but the individual to react in a different way. It simply isn’t possible. It was always exactly as it is.

The results are in

The book isn’t just speculation. Harris lists myriad experiments and studies that prove his case. Experiments that demonstrate areas of the brain initiating an action before the subject makes a conscious choice to “do it”. Experiments that show how easily the subconscious can be influenced to, at a later date, carry out an action exactly as desired, whilst thinking it was its own decision. The results are in: free will does not exist.

Harris also challenges some of the other popular schools of thought on the issue, and I found him to be generous and thorough in his rebuttals. His writing style is beautifully lucid, as anyone who has read his other works will know.

The book is only about 70 pages long, more of an extended essay, so there’s no excuse for not giving it a go during Lockdown 2.0! It might just blow your mind. Now that’s all been said, I think I’ll decide to stop here. Or perhaps I was always going to, and never really had a choice…