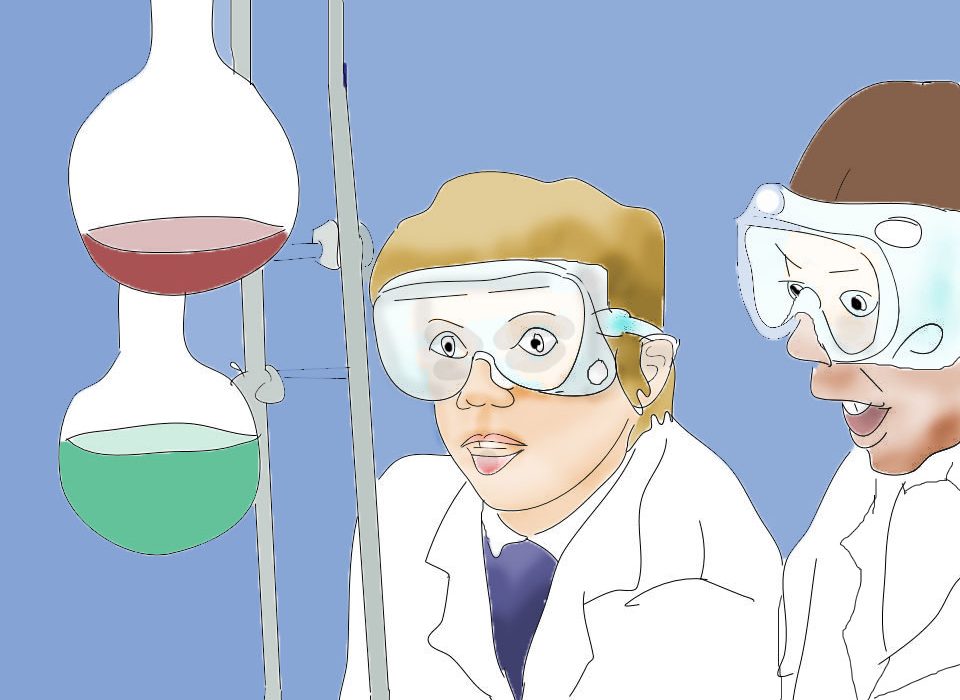 As lockdown approaches, we’re all looking for new things to keep us entertained. With that in mind, I decided to try out five of the fun science experiments you might have tried when you were younger.

They all use ingredients easy to find in any supermarket (I had a lot of them in the cupboard already), and you certainly don’t need to be a scientist to try them.

Put the milk in a wide, shallow container and drop the food colouring in an interesting pattern. Dip the cotton wool bud in the washing up liquid before gently touching it in the milk. Here’s the result!

To begin with, surface tension holds the food colouring in place on top of the milk (to an extent-my video shows how the dye spreads a little initially).

After the washing up liquid touches the milk, the surface tension is broken and the fat molecules within the milk start to bond with the soap molecules. The food colouring helps us to see this process.

This is the simplest process in the world: you literally just drop the raisins.

This experiment holds a special place in my heart, as it was my very first piece of science homework at school. At first look, it doesn’t seem that exciting, but there’s something quite mesmerising about watching the raisins rise and fall, and rise, and fall.

Heat up a cup of milk in the microwave until it’s piping hot, then add four tablespoons of vinegar. This mixture should then instantly curdle and start to form a paste.

Over a day or two, this hardens into a plastic-like substance (at first, as shown in the video, it forms something that a bit like rubber).

The properties of plastics come from their structure: they’re composed of molecules that repeat themselves in a chain called a polymer.

When you mix milk and an acid like vinegar, the molecules of the protein casein, found in milk, begin to unfold and reorganise into these polymers, producing casein plastic.

Fill up 2/3 of the jar with oil, and then top it up with water, before adding a few drops of food colouring. Spoon in one or two teaspoons of bicarbonate of soda, and watch the bubbles!

When you pour in the water, it sinks below the oil as it is more dense than water. The added bicarbonate of soda produces carbon dioxide bubbles, which attach themselves to water molecules, causing them to rise.

Fill a container almost up to the top with water, then mix in 4-6 tablespoons of bicarbonate of soda, 1 teaspoons of washing up liquid and some food colouring. Then pour in the vinegar, and wait for the reaction!

This is possibly the most archetypal home-science experiment, but the science behind it is actually remarkably simple. The vinegar and the bicarbonate of soda combine to form carbon dioxide, which causes the eruption.

Hopefully these experiments have inspired you to don your make-believe white lab coat and try them out yourself. It’s a stressful time, why not comfort yourself with the childlike wonder this simple science can invoke.