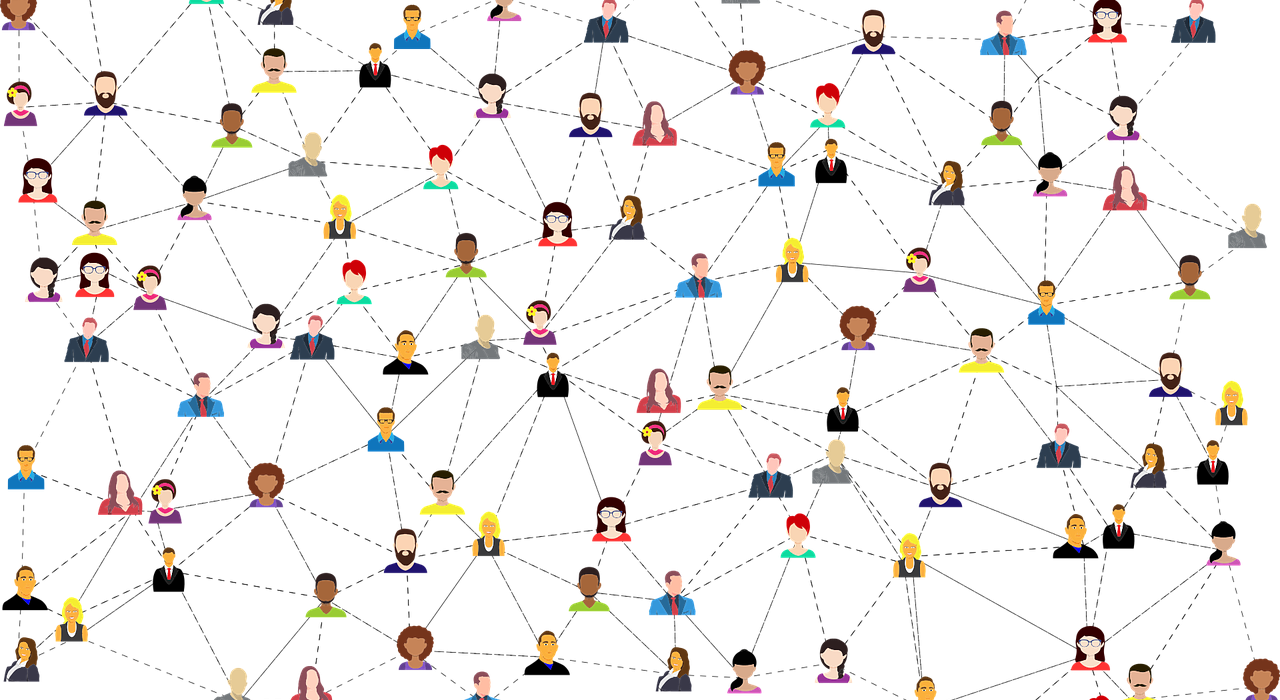 It’s a small world after all?

Sometimes, apparent coincidences can seem astronomically improbable, like a crack in the matrix. For example, have you ever met someone from a part of the country you’ve never been to, then checked their Facebook and found you have a mutual friend? You probably thought it was a very unlikely occurrence. However, the probability of two friends from seemingly unconnected groups knowing each other may be greater than it seems.

Kevin Bacon – not just an actor

The modern discussion around social connection started in 1994, when Kevin Bacon interviewed with Premiere Magazine. He told them that he had ‘worked with everyone in Hollywood or someone who’s worked with them’. Although a seemingly innocuous statement at the time, this has since prompted party games, mathematical theorems, and a lot of publicity for Bacon himself. Four college students watching the interview set the ball rolling, challenging themselves to link Bacon up to other actors.

The game was simple. One person named an actor, and their competitor had to link them to Kevin Bacon, first linking Bacon to another actor he has starred in a movie with. For example, we can choose Lady Gaga. Bacon worked with Jennifer Lawrence on X-Men: First Class. Lawrence worked with Bradley Cooper on Silver Linings Playbook. Then, Cooper worked with Gaga on A Star Is Born. This means Gaga is three degrees of separation from Kevin Bacon. In other words, she has a Bacon number of three.

You can actually google an actor’s Bacon number. The highest known Bacon number belongs to a man called William Rufus Shafter, and the internet quotes this as anywhere from seven to ten. However, most actors have a score below three.

The birth of this game led to mathematicians beginning to ponder whether there was a separation limit between any two given people. They expanded the game away from just cinema, and created a whole field of science about social connection.

The mathematics behind degrees of separation

The first investigation into social connection actually began around 30 years before Bacon’s television appearance. In the 1960’s, social psychologist Stanley Milgram launched an experiment. Milgram tasked a focus group of around 100 people in Boston and Omaha to try to get a letter to a complete stranger in Boston. The challenge? They were only allowed to give the letter to someone they thought may have a better chance of knowing the stranger.

Some of these letters reached their target, and Milgram found that the average number of people who had passed the letter along was six.

One theory states that everyone alive knows around one hundred people. If you got everybody you know to introduce you to everybody they know, you would know 10,000 people. That number is only for two degrees of separation!

The theorem can still be used to establish a limit in the average number of separations. In the sixth degree, there are a trillion links. Since this far exceeds the number of people alive, we can assume that the majority of the planet is covered despite overlaps between friend circles. This places the average number of degrees of separation at around six between any two people alive. Considering the planet’s population, this is an extraordinary fact.

What does this mean for today’s society?

Online, of course, you probably have far more than one hundred connections. It’s easy to befriend people you don’t actually know or have only met in passing. In 2016, Facebook released a study showing that the average number of separations between its users was at 3.57, meaning it is more likely than ever that when you meet someone new you’ll already have a mutual friend.

Studies have found that the more renowned a mathematician, the lower their median Erdos number. The overall average is five while the average Erdos number for field medalists is three. This gives us a helpful way to quantise the impact an academic has on their field.

This could be due to the sheer amount of papers most successful mathematicians write. It’s the same with socialising. The more you cultivate social circles, the lower the degree of separation between you and a stranger is likely to be.

This is especially important now. The second lockdown in England, and many other European countries, has seen many students confined entirely to their homes. If you’re feeling isolated, go to online socials! Attend live classes and introduce yourself to others. You can even join Zoom networking events.

Online interaction can’t replace in person contact. However, the more interactions you have, the more interconnected you will be. The internet can seem vast, but it is more unified than ever. In these isolating times, you don’t have to be Kevin Bacon to benefit from everybody knowing everybody.