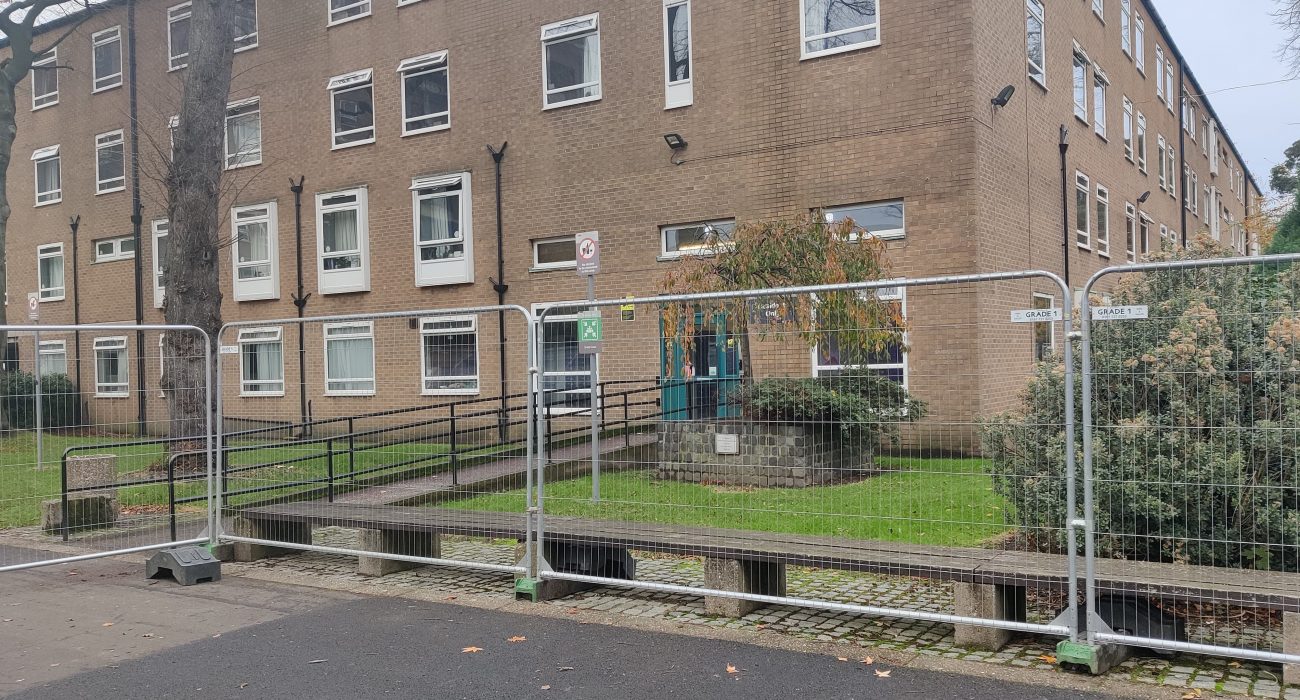 Nancy Rothwell, the President and Vice-Chancellor of the University of Manchester, emailed all students this afternoon with the results of the inquiry into the erection of fencing around the Fallowfield accommodation campus on the 5th November.

This report was commissioned by the University following a 1000-strong student protest on the Fallowfield campus the day the fences were installed. Frustrated at the lack of communication from the University and at the sense of being ‘caged’ in to their halls, students tore down the fences, just hours after they were set up.

The email sent out today by Senior Leadership states that students should be at the heart of the University and that they want to work alongside the student body to negotiate and find shared solutions to future issues.

The findings of the inquiry were attached to the email. They indicate that the fences were a measure in response to ‘reports of criminal activities, including drug dealing and assault’, as well as fears that the easy access to the campus meant it had become a hub for illegal parties.

According to the report: “On the weekend of 30–31 October there were increasing concerns over safety, security and criminal activity. Staff at the University sought to improve night-time security through the deployment of additional security officers and the erection of a temporary perimeter fence. Erection of the fence began at 9am on 5 November.”

Students protest fences and the University response to the pandemic. Photo: Antonio Ross

While the report found no fault in the original intentions which led to the erection of the fences, it did highlight “a sense of urgency which led to rushed decision making, which in turn led to poor execution and communication.”

The University inquiry also acknowledges the concerns raised by students, which included fears that the fences were linked to government lock down guidelines, struggles with wellbeing as a result of pandemic restrictions, and students being shocked to see fences around their accommodation without any prior warning from the University.

It seems many students resident in Fallowfield halls at the time believed the security measure was to lock them in rather than deter outsiders entering the campus.

Mancunion editor, Josh Sandiford, spoke to Nancy Rothwell about the Fallowfield fences on the 6th November, asking who had administered them to be put up around  the halls of residence, with the Vice-Chancellor responding that she didn’t know who had signed off on the fences.

The investigation findings show that Senior Leadership “were looking to take an ‘event management approach’ to the Fallowfield site by seeking to restrict access for non-residents at night time.”

The report states that “There is a mixed recollection of any reference to fencing. It is clear no discussion took place on the approach at Fallowfield; no detail was provided, including on risks, and no action was requested or taken. Approval for fencing was not sought.”

The fencing project was led by the Directorate of Estates and Facilities, headed by Diana Hampson. The University recognise that more collaboration from different departments would have been more beneficial for taking at student safety and security into consideration.

“The need for collaborative working is paramount during a crisis, yet colleagues felt they had not been sufficiently made aware nor given the opportunity to engage.”

The report admits to “a number of failings in process and decision making” from the University, in an already difficult time for students. They want to work to establish student trust in the university leaders and this had been made a priority.

Reports of large gatherings around Fallowfield campus, which breach Covid restrictions, have continued throughout the semester and the University have commented that they are overwhelmed, but realise that the best way to prevent parties is to engage with students and staff to work together to overcome the issues at present.