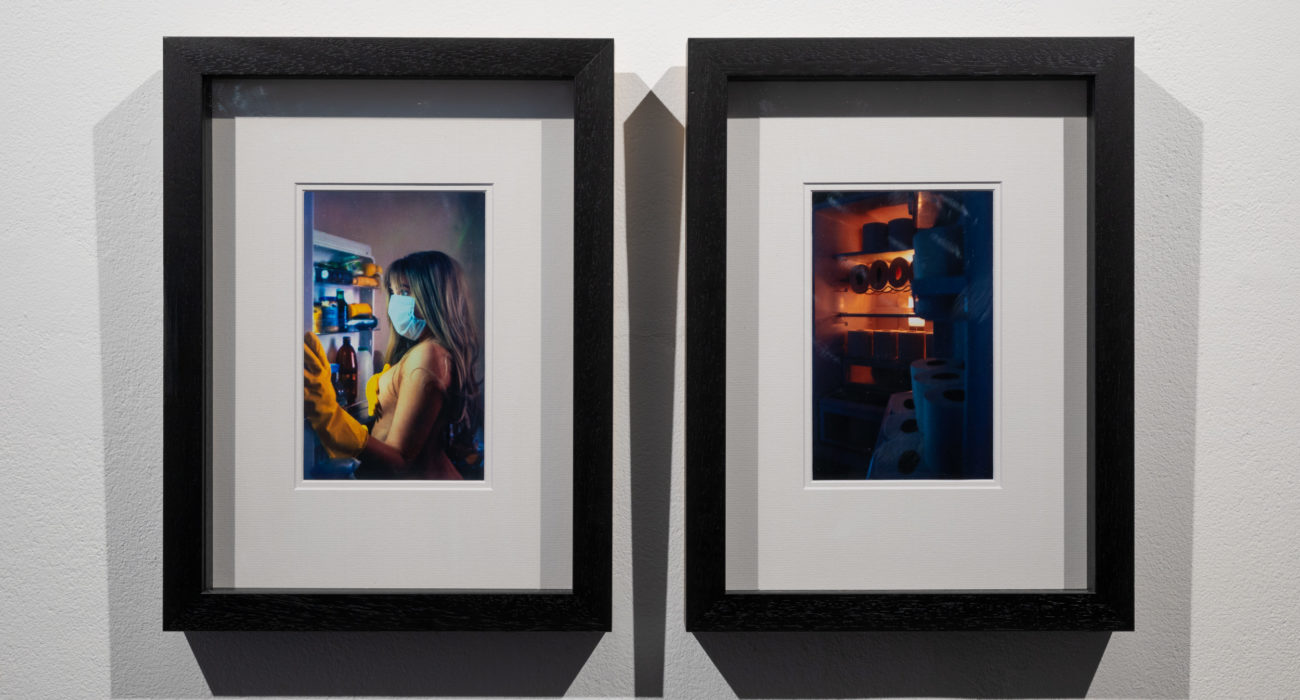 The freeing potential of restrictions is a paradox well-known in creative circles. Having fewer options can disrupt an artist’s habitual practice and drive them to explore new artistic territory.

It is also the guiding principle of ‘Obstructions’ at the Castlefield Gallery, where fifteen artists were tasked with remaking one of their existing artworks in accordance with an ‘obstruction’ set them by one of the other artists.

Inspired by Lars Von Trier’s film ‘The Five Obstructions’, the exhibition began as part of the Gallery’s bOlder mentoring scheme for older artists in Greater Manchester. As curator Matthew Pendergast told me, its resonance during Covid-19 was more of a fortuitous accident. As the pandemic progressed, however, it only became more relevant. The decision to pair artists under 30 with those over 50, for example, sought to ‘foster a conversation’ across generations at a time when the debate over lockdown often pitted them against one another. 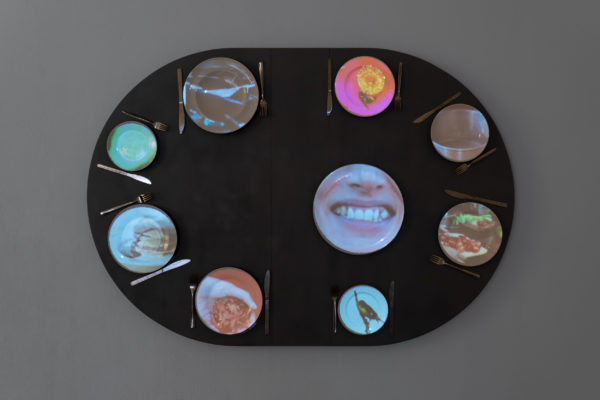 It was an ambitious, high-wire undertaking, both for the Gallery and the artists involved. Fifteen pieces would sit at the upper limit of the Gallery’s physical capacity. Time was also tight: two weeks after their initial meeting, they exchanged obstructions and then had two months to turn it around. What if they disputed their obstructions? What if life beyond the studio – that perennial ‘obstruction’ – intervened?

Thankfully, they pulled it off.  It helped that the artists were directed to put as much thought and care into their obstruction as they did into their own responses, and to tailor these to their paired artist’s developmental needs. It is palpable in the artworks themselves. 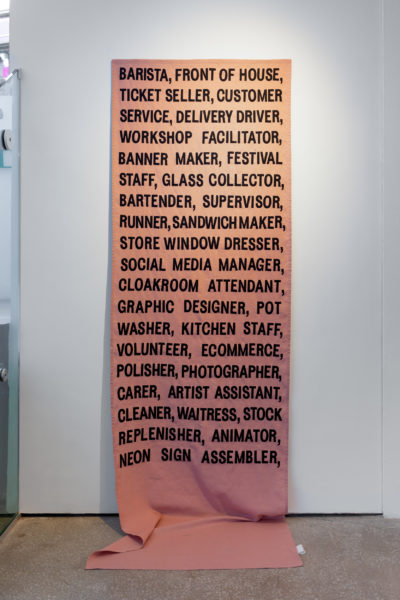 Unfortunately, the Gallery has not been able to open its doors since the exhibition officially opened on December 6th. Instead, the public are invited to take a virtual 360-degree tour on the exhibition’s bespoke website. Visitors can select individual artists and their work (the original and its reinvention) as well as their obstruction and how they interpreted it.

There is much to enjoy in reading about how each artist tackled an obstruction relating to the materials, theme, content and/or duration of their work. Even the apparently simple injunction to ‘Make it Virtual’ sent Tara Collette to work on deconstruction: ‘I found myself looking into the adverb ‘virtually’…the idea of having a piece that was ‘almost complete’, but not quite.’

At the other extreme, Christopher Rainham was given detailed, step-by-step instructions for making an oil painting as well as broader imperatives such as ‘perceive rather than conceptualise’ and ‘do your best and your worst.’ And, in keeping with our homebound times, ‘handmade’ tools and ‘found objects’ feature heavily in the requirements.

Since each obstruction on an implicit understanding of the recipient’s works, and given the constraints on time and opportunity for dialogue, it seems surprising that there was so little pushback or questioning of these. Feeling ‘uncomfortable’ about her obstruction ‘to include the experiences and perspectives of people who do not have the XX chromosome combination’, Sabrina Fuller decided to ‘complicate it through a focus on difference.’ She questions the assumption that this is even an obstruction on her existing practice. This willingness to stretch the meaning of a problematised obstruction indicates how seriously the artists entered into the exhibition’s spirit.

It seems apposite to reflect on the online visitor experience itself. With the (possibly major) disclaimer that I wasn’t able to see it in VR, the 360-degree tour facility reminds me of looking up familiar streets on Google Street View. Its novelty appeal is quickly replaced by an awareness of what you can’t zoom in on; the angles you can’t see. You can’t move smoothly around an artwork, seeing its surface unfold inch by inch (instead, when you look front-on at a piece and turn to the side, it remains disarmingly flat). Perhaps this is one of the things I miss most about offline visits (along with that intimacy you feel with total strangers looking at the same objects).

That said, I am glad they went to the effort, if only to remind us of what we are missing and have to look forward to. As Pendgergast explains, their aim was a “clear and simple” navigation tool rather than a “digital experience” per se. While no substitute for visiting in person, “it was in the spirit of the project to do everything we could to share the project.” (It’s evidently made waves, receiving traffic from across Europe, Richmond Australia, China, New Zealand and the USA.)

‘Obstructions’ is an uplifting artistic experience during this period of isolation, with its focus on dialogue and community through creativity. I’m less convinced by broader claims that might be made about the creative potential of lockdown redux. Instead, I prefer to imagine the show in its pre-Covid context.

An online exhibition that makes you feel part of a conversation, rather than telling you what you missed while you were away.

The exhibition is free to view online and is available until 18th April.