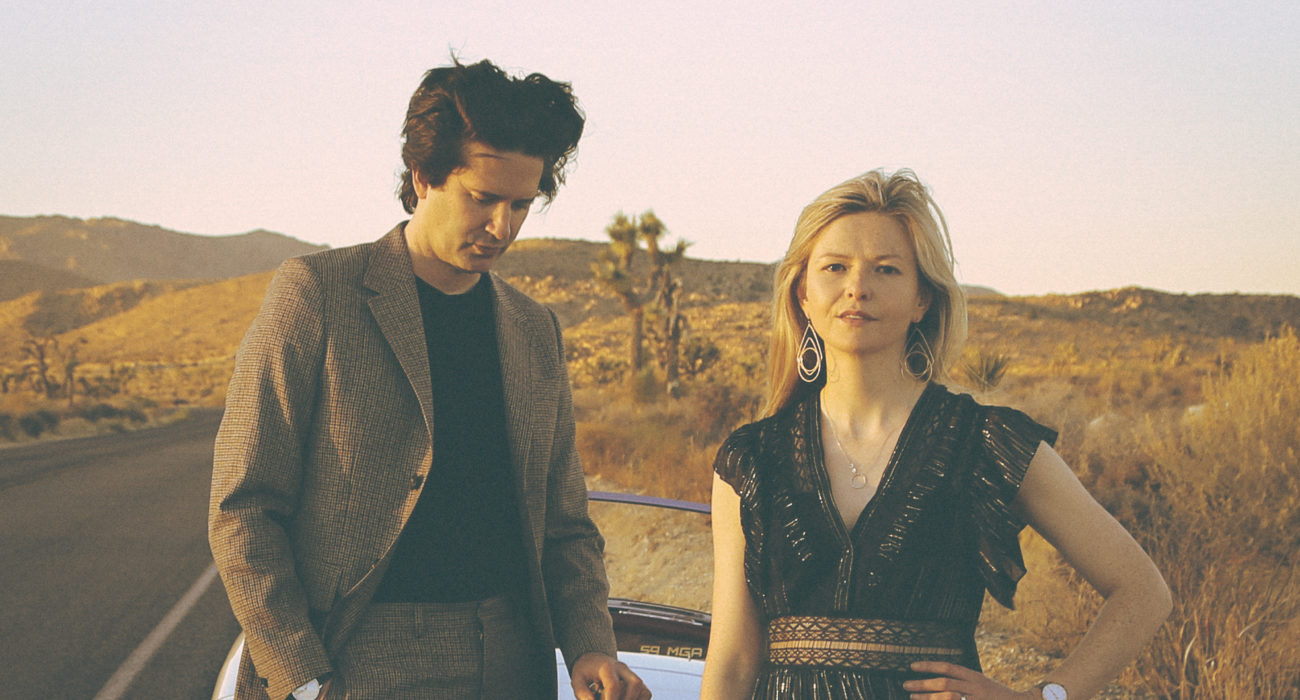 Close your eyes and imagine a desert. Barren, vast, and desolate. Haunted by ghosts and lost travellers.

That’s what Still Corners’ 5th album, The Last Exit, encapsulates: a stunning and dreamy trip into the deepest, bleakest, desert land. Folklore and fables permeate the album, which draws on the band’s self-created narratives.

Journeys are a recurring theme for the Anglo-American duo, Tessa Murray, and Greg Hughes, perhaps reflecting the Atlantic journey their music has made. The storytelling trilogy started with The Trip (2013) and, continuing with The Message (2018), appears to find its fulfillment in this album. Emailing with the band, they elaborated that:

“In one way the journey ends, in another way it begins […] The only constant in life is change.”

‘The Last Exit’ evocatively reflects this change within continuity, drawing on the band’s signature sound whilst reflecting on the new context this album was produced in. This album is as immersive as it gets; a foreground of escapist, melodic dream-pop that transports us to a place beyond.

“It’s a kind of magic that heals,” the band commented in response to the transformative power of music. The album may feel detached from the mundanities of reality, but it undoubtedly draws on them. The lyrics of ‘Crying’, a personal favourite of Murray’s, speak to the challenges of a breakup. Its resonance, though, is wider, also reflecting on the confusing and disorientating feeling of watching as the “world falls down”. You might say that ‘the personal is political’; or even, ‘the personal is poetic’, here.

“We have a piece of paper above our music console where I’ve handwritten “Write what you know”. It’s important to draw from personal experience.”

The enchanting soundscape of the album is what really stands out as a listener. A personal favourite is ‘It’s Voodoo’, which ups the pace of the album like a ball of tumbleweed whipped up by high wind. Voices haunt the track, a whispered “it doesn’t make any sense” concluding its obsessive refrains. Hughes’ strumming works effortlessly with Murray’s melodic voice, a testament to their creative development since 2007.

When asked how their process of recording and writing has changed over the last year, their response sounded positively idyllic. “We have our own studio in the woods in Woodstock, NY, so we retreat there to write and record,” they told me. “We have a schedule of course, this is serious business. It’s tea and writing from 9 am to noon, hike, record 2-5, then go immediately to the bar in our sitting room”. 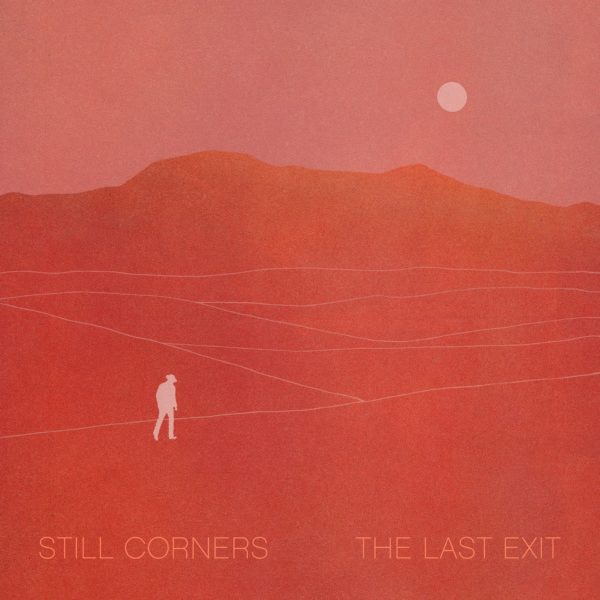 Photo: Cover for The Last Exit

The smooth sounds may have found their inspiration in the desert, and may have been produced in the woods, but they signal an other-worldliness that defines quintessential dreampop. The band credit their influences to “Ursula K. Le Guin, Ansel Adams, Chet Baker, Bob Dylan, Eddy Arnold, David Lynch just to name a few.”

Like Bob Dylan’s poetic storytelling, the band draw on narratives in their songs. For instance, the duo told me that the idea of a ghost story for this album came from a supernatural encounter in Joshua Tree National Park. They took directions from an older woman, who had “long silver grey hair and a strange accent” and were later told by a waitress that she was known as “Miss Dumont”, who had been dead for 200 years. ‘White Sands’ references this experience, a spellbinding song haunted by desert spirits and whispers.

The Last Exit is a road trip into the beyond, surreal, and ghostly. Don’t miss the turning. 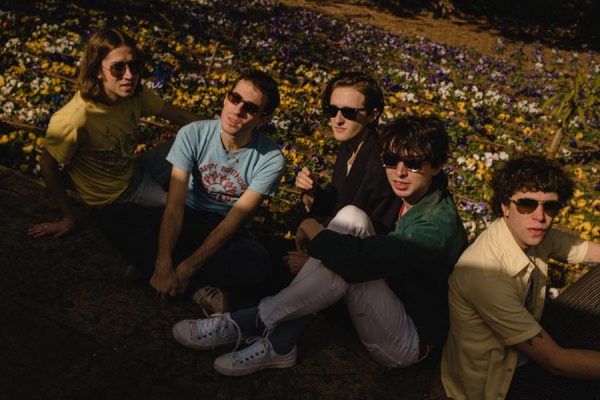 Live Review: Swim Deep at Band On The Wall 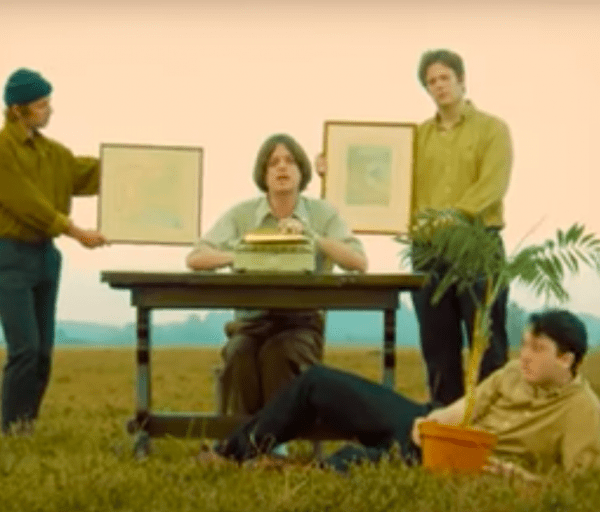 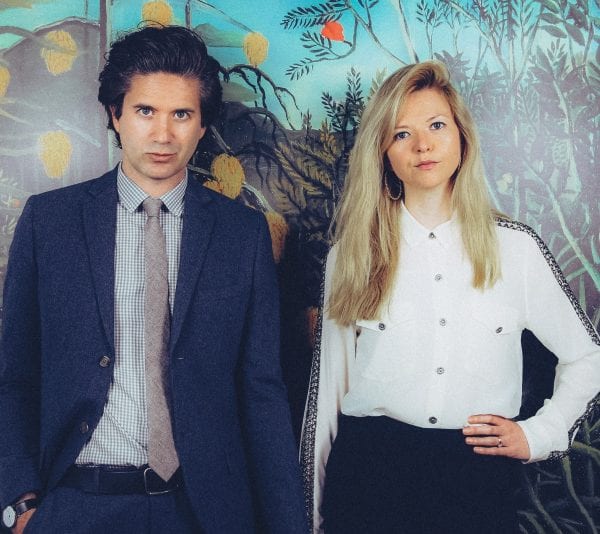