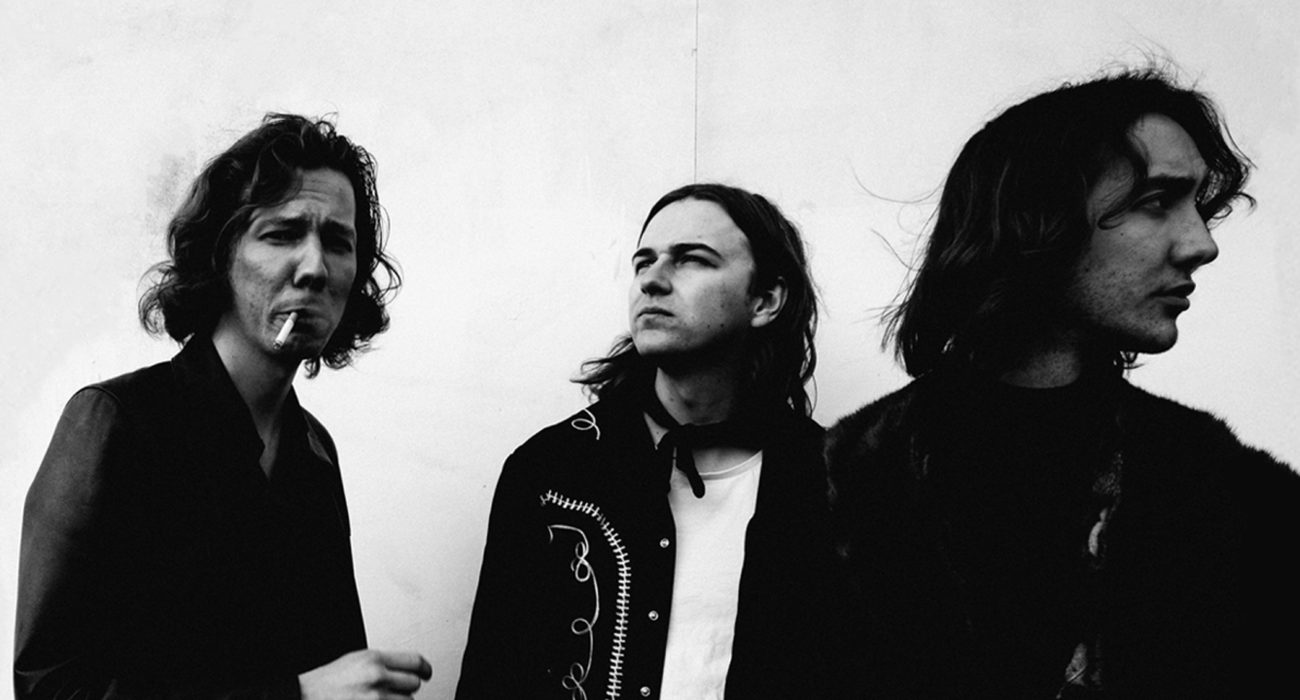 From the word go Adam, The Howler’s lead guitarist and frontman, made it clear in our interview that they wanted to rebel against conformity. Often chalked in with the genre of Post-punk, the London based desert rockers have pushed back against the scene, describing themselves as “not just Doc Martins and hating the Tory’s”. The Howlers look to keep themselves out of politics and do their own thing.

Headlining ‘Yes’ on March 18th, the band feel they have good reason to style themselves differently. Adam states the band were “more garage than anything else”. He also pulled no punches when he told me that “Post-punk’s dying out because you can only be angry for so long”.

I’m told The Howlers wanted to be different so that they could write a love songs (or whatever else they wanted) and not alienate their fans. Naming bands like Cabbage, as suffering from this fate, I could see his point and I am all for it. I would be delighted if Cabbage wrote a love song but I can’t be certain many of their other fans would be.

A huge part of the The Howler’s notoriety has spread almost entirely by word of mouth. Based on their stellar live performances and their amazing team; whom Adam was quick to praise. He described the band as “second to none” live, which he admitted might appear arrogant but seemed to me a genuine claim of someone that believes in his band and their sound. I look forward to seeing if his promises hold up soon.

The band are desperately hoping that their tour can go ahead this year and can play in Manchester. Whether or not we can see them live soon, the Howlers are clearly prepared for the future. This is amplified with releases planned and organised for the entirety of this year and next including releases featuring several new singles and at least one record.

Working over Lockdown one in a factory, Adam tells me almost all of their new material was recorded in the midst of the Black Lives Matter protests. The band experienced the chanting of the protests daily as they walking through the marches to get to the studio/factory. This conjures powerful imagery that appears to have provided the perfect inspiration, driving them to continue working hard on writing and polishing their sound.

Counting 60’s and 70’s bands and soundtracks as being much of what Adam was listening to during this period, even bridging the gap to west coast sounds. The band certainly have a backdrop of excellent stimulus to draw from. Now they hope to build on the success of singles like ‘Matador’ and ‘Badlands’.

Forever feeling lucky for having “the best job in the world”, they thrive whenever someone takes a punt on them. The Howlers have also always preferred to work with smaller promotors and record their tracks live to feel authentic. Whilst not a revolutionary idea this method of recording certainly should play to the bands advantage if they are as tight a collective live as they are on ‘La Dolce Vita’.

The future for The Howlers:

Hoping to be recognised for all their hard work the band are even featuring in a series of mini-documentaries. These are made up of over 45 hours of unseen studio footage, all about them and their recording process. Centred on the band self-isolating together and recording the next three singles planned to be released. These films were created in order to support the band’s wider team. With a band so focused on using music as a method of escapism, seeing how they work during this time period should be fascinating for new and old fans alike.

Finishing our interview with a summary of what the band hope to do next – they described the future as, “A departure from who we were, but also not”. With a plethora of acoustic tracks recorded and live sessions prepared, the band are already focused on their next single.

Adam tells me “I don’t love you all the time”, due to be released March 5th, is not a love song. This single and its concept “only makes sense when you hear it”. This isn’t something you see a lot of bands admit, rather choosing to fabricate false intricacies or themes, yet Adam’s frankness was refreshing.

It appears to me that The Howlers have a lot of faith in themselves – prepared to do everything their own way even at the risk of appearing arrogant. They might be the kind of live band the world needs to see post-COVID-19. If the band lives up to the level of live performance they promise, and I hope they do, they will certainly be ones to watch for the future.