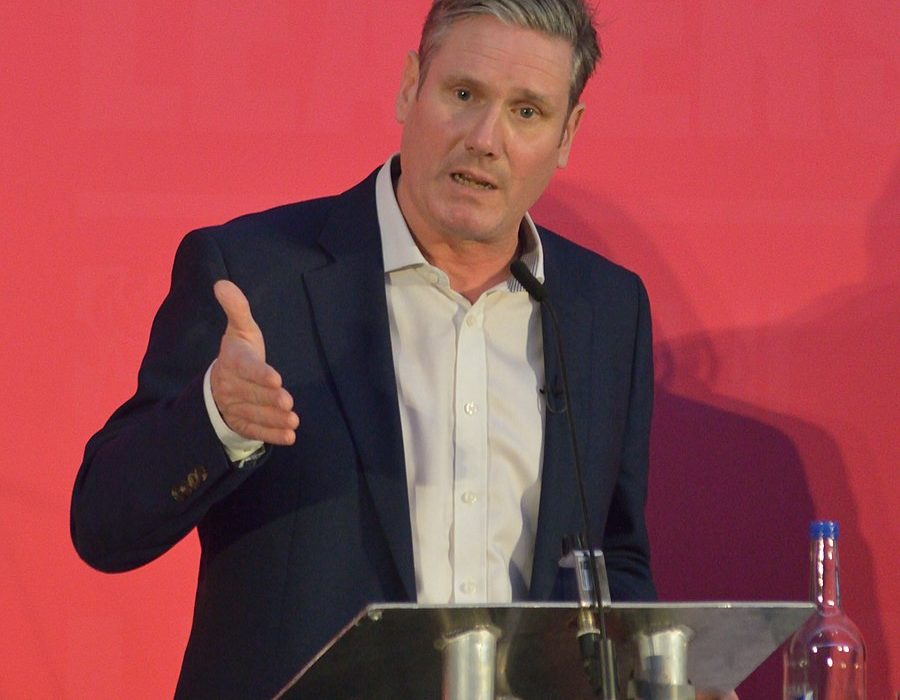 The connotations of our national flags, in today’s world, are widely contended. These days, flag-bearing is often associated with far-right nationalism. This is a generalised, but very common, assumption that many (largely on the left) are guilty of, including myself.

Labour’s leaked decision to increase their use of the Union Jack has therefore been a controversial topic within Labour circles. According to a leak reported in The Guardian, a desire to display a stronger sense of direction is wanted. The party’s Head of Research claimed that voters are confused as to “what we stand for, and what our purpose is, but also who we represent”.

It seems, then, that Labour knows where its problem lies: identity.

Understandably, Starmer is itching to reaffirm Labour’s previously unassailable dominance of the northern ‘red wall’ seats. But an increased usage of national flags will be nothing but a superficial solution for a much deeper problem.

For over a decade, the Labour party has wallowed in an ideological no-mans-land, unsure of who it wants to represent. Behind this is its failure to adapt to the current political climate, transformed by Brexit and Euroscepticism.

The defining axis of political debate in the UK has been flipped. The left versus right discourse, once the distinctive division within the electorate, has been trumped by the emerging conflict between nationalism and liberalism.

This development has left recent Labour leaders with a seemingly impossible task. It is now down to Starmer. How do they win the support of the patriotic, Brexit-supporting northern red-wall towns, while not appearing to Labour ‘centrists’ as a flimsy leader surrendering to the divisive nationalist rhetoric of the last five years?

On the flip side, how does Starmer win the support of the metropolitan London-based elite? The EU fanatics, the free-market adoring Blairites, without eliciting a sense of betrayal among the left-wing, working-class Brexiteers?

What’s for certain, is that Labour needs to appeal to both wings of the party for a chance at electoral success. In fact, exactly 50% of Labour members desire a more patriotic leader. 45% in turn see it as ‘not at all’ important, an ironic embodiment of the party’s divide.

It becomes clear just how difficult Starmer’s task ahead is when viewing the UK political spectrum through the lens of the ‘horseshoe’ theory. Simply put, the idea that the far-left and far-right are more politically aligned with each other than they are with the ‘centre’ of the spectrum. Starmer must somehow unite what is in effect two opposing ends of the political spectrum under his leadership. No pressure.

The Conservatives did not face such an issue. Since the vast majority of Conservative supporters are Brexiteers, they needed only to employ a nationalist rhetoric in public, along with a quiet adherence to neoliberal economic values.

Their desired identity is clear: the party of Brexit and British national pride. The Conservative strength in the 2019 election lay largely in their clarity of message and identity. It pains me to say it, but Labour, take note.

What can Starmer, and future Labour leaders, do?

Starmer’s pursuit of a patriotic identity for the Labour party may help him regain support in the red-wall, but this is by no means a solution to Labour’s identity problem. How can Starmer unite voters so fundamentally and ideologically differentiated?

Starmer’s biggest mistake would be to attempt to simultaneously fulfil the demands of both. An endeavour to encompass the values and beliefs of all potential Labour voters would lead to an ideological mess, riddled with contradictions, and ultimately, another electoral annihilation. Clarity, purpose, and a clear message are crucial to any future Labour success.

The most successful political leaders do not always seek to cater for the pre-existing desires of the electorate. They instead introduce their own authoritative identity and distinctive path. A Labour leader must inspire voters. Draw them towards his or her particular form of politics, rather than expanding their political ideals to encompass all voters.

With Labour no longer being the unquestioned representative of the political left, strong and commanding leadership is more important than ever to successfully unite opposing factions.

Tony Blair, for all his many faults, provides the perfect example of effective political leadership. He and Brown had little difficulty in achieving the largest majority in modern political history, despite unapologetic centrism in areas.

It was the enchantment of the northern, working class electorate, despite a neoliberal economic ideology, which rewarded Labour with success of such magnitude in 1997. Starmer must not underestimate the power that an assured and confident identity has on a leader’s popularity.

It would be perhaps harsh to accuse Starmer of failing so far. His hands have been up until now relatively tied by the Covid crisis. The direction Starmer will take Labour in post-crisis remains to be seen. However, I fear that the Labour party’s pursuit of patriotism is an indication of an imminent ideological black-hole. I fear Starmer will attempt to appease the electorate, when he needs instead to inspire it.

We can only hope that Starmer has been hiding something. An inspirational, combative character with a coherent and compelling argument during the Covid crisis. This would pave the way for electoral success in 2024. The truth is, no party leader in recent political history has faced the challenge of appealing to such a diverse portion of the electorate.

Keir Starmer must persuade voters that their best interests are aligned with the politics he offers. He must not try to feed all of the inherently incompatible desires of all potential Labour voters. To do this would leave Labour in an ideological void, and leave the UK in the grip of a 5th consecutive Conservative government.