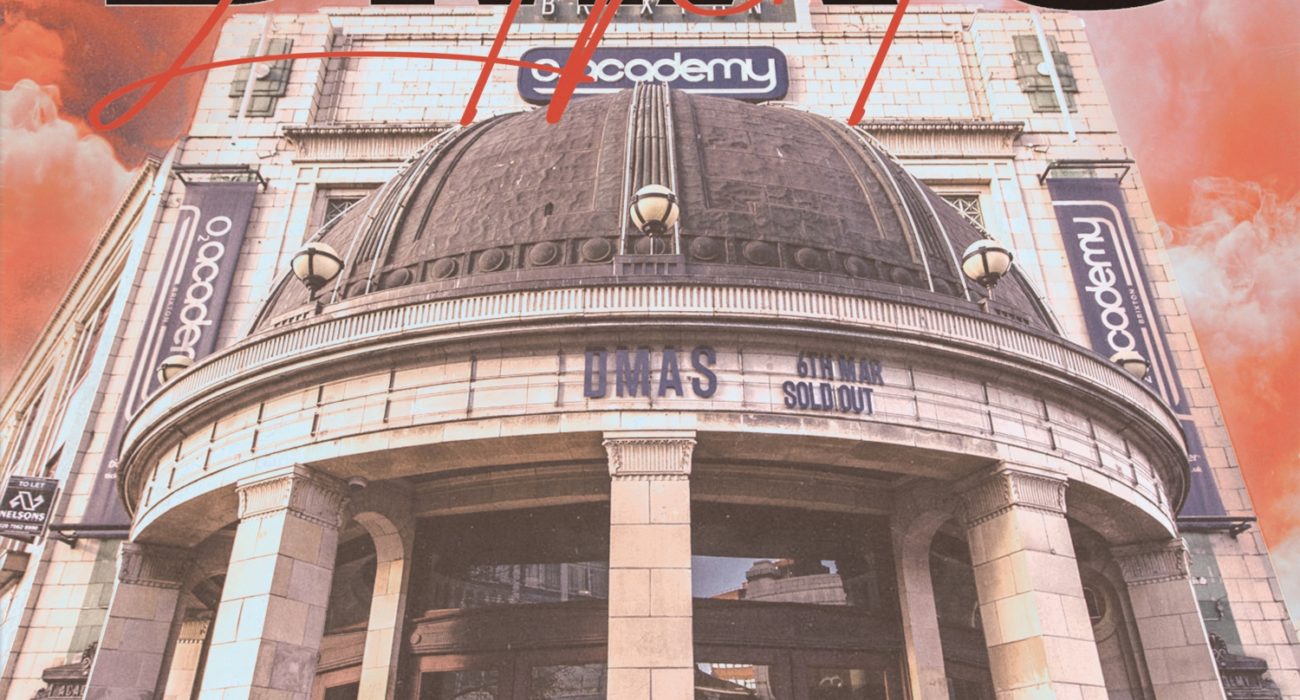 This band, by now, should not need any introduction. From recording in their bedrooms to signing to an agency without even having played a show, DMA’s have gone from strength to strength and already have a musical career on track. With three albums under their belt, the brit-pop infused Aussie trio have firmly demonstrated their ability to release track after track with a seemingly unstoppable rising talent.

The diversity they achieve is rarely well-executed, but these laid-back lads have a certain penchant for delivering sonically spectacular rock-filled tunes whilst still maintaining their cool and calming demeanour.

With the seemingly never-ending pandemic, the current state of affairs are calling for bands to get ever more creative and find new ways of delivering music and interacting with their fans. With many opting for internet live streams and Instagram Q&A sessions, DMA’s chose to release a live album of one of their most well-received shows.

From the shoe-gazing, rising star ‘Silver’ to the infectious mid-90’s influenced ‘Lay Down’, their latest release Live at Brixton, features a tumultuous mix of tracks old and new. If stealthy rock and roll were a crime, DMA’s would undoubtedly be guilty as charged.

The band open with the distinctly British sounding ‘Feels Like 37’, the single strum of a guitar and the audience stirs, soon enough the boys have 5000 fans screaming their lyrics back at them. Rising to a crescendo, voices are heard louder and louder as we edge ever closer to the chorus, I want you to stay, echoing, reverberating. Undoubtedly mosh pits ensued, drinks got spilt, the recipe for the perfect night.

‘Dawning’, ‘Too Soon’ and ‘Hello Girlfriend’ all follow before we are met with rising fan classic ‘Silver’. Greeted with a roar suitable and fitting for its acclaim, it’s only a few bars before the band are met with audible screams, and it’s almost difficult to distinguish Tommy’s voice and set it apart from the fuzzy backing vocals provided by his adoring followers.  Soothing, emotive lyrics and an impressive vocal range marry to create an infectious tune, a mere taste of what the boys are undoubtedly going to achieve. One of the most sonically mature DMA’s track, it’s almost too easy to see why it’s such an indie favourite.

Jumping forward, the second half of the set is initiated with the wild cheering to the once king-pin of DMA’s singles, ‘Delete’, instantaneously recognised by the vibing crowd. Spectacular, heart-on-sleeve poetry, the soft guitar love ballad leaves us all longing for fleeting summer romances. Reminiscent of slower Oasis songs, it’s no wonder the band have gained themselves the honour of being regarded as a British band.

The all too expected encore brought us a trio just as spectacular as the boys themselves, ‘Timeless’, ‘Lay Down’ and ‘Your Low’. DMA’s have a knack for goose-bump inducing crescendos, which are second to none when experienced in a live setting. The live album is just enough to tide us over until the boys can resume touring – whenever that may be.

So, the question lingering in everyone’s minds, how do an Australian trio manage to cement themselves as one of the UK’s best up and coming bands? We talked to Matt to find out exactly how…

You have your live album coming out in a few weeks, describe to me what the Brixton gig was like.

It was cool, it was quite meaningful to us because that was the first venue that we ever played in when we came to the UK for the first time, we went straight to Brixton Academy and supported the Courteeners. So, to come back there and play our own headline – it was definitely a moment for us. I think that every time you support a band, you always think in the back of your head, maybe one day we could play there.

Is that why you chose Brixton in particular?

How does it feel being an Australian band and having a very UK heavy fanbase, does that feel quite weird?

Not anymore like it did for a while, but now I think we’ve kind of made the transition into the UK and the way I see us, it’s not an Australian band anymore. We do everything in sort of a UK centric way, in like we plan everything around the UK now, we’ve got like a management set up in the UK and stuff, whereas we didn’t didn’t ever plan on that. So our management over there, we’ve basically done everything… Except move over.

Do you reckon you’d ever do that?

I spend enough time in the UK, I think, but I don’t think I need that. In 2019 we spent more than 300 hours just sitting on a plane. Just flying between Australia and the UK.

What do you miss most about gigging and being on the road?

It’s pretty exciting, like playing.  It’s just something to do, I guess, it’s like when you’re going to a gig – you have a plan and you know that it’s going to be a good night and you can look forward to, it’s like that but sort of every night. It’s good to get away for a little bit.

I don’t miss how unhealthy it is like on you. It makes you, really sick and, like, depressed. It’s quite taxing on your body and your if you especially if you’re drinking and partying, it can make you really sick. But I guess I don’t really miss that. Like, when we were told that we weren’t during that last year, I was like, that’s actually a bit of a relief. It’s not great for you but I miss meeting people and watching the support bands, and our team over there, like our tour manager and management and our booking agent – I miss all those guys.

So speaking of being on the road, you have quite a few touring members, but if you could have any musician from the band join you as a touring member who would you pick?

So you were signed by you before you even ever played a gig, and was there any particular pressures of expectations to deliver, new music at quite a fast pace? How was that?

Like, I probably had 100 songs at any given time that we want, you know, that we’re just sitting on. So I don’t think that we’ve ever had really much pressure to write songs. Also, we have enough, like right now, we could probably release like two albums just now from songs that we have sitting around. So they’re not really much pressure, to be honest, because we write songs all the time, but we’ve also been writing for other people, so I think, you know, we’ve got more than enough songs, that’s for sure.

One of your most popular singles of late is Silver. What’s  the story behind that?

I couldn’t tell you what it’s about, to be honest, because I think that’s Johnny with the lyrics, but, I do know that it recently became like sort of the crowd favourite. And I’m going to play it like it is to be like our most popular song. As far as, like the crowd reaction, I think we noticed at Brixton first, actually, it was the first time we noticed it that people like that song, like the crowd, goes crazy for that song the most, which we never really noticed before Brixton Academy. That’s like sort of usurped, deleted as like the crowd favourite.

What is your favourite song to play live then?

I don’t know probably ‘silver’, but ‘Cobracaine’ off the new album, we haven’t played it live yet but when we do, that’s going to be my first play.

Are you planning on playing it when you tour next?

I think so. We don’t really know. I think with new songs, you have to pick like a couple and then try them out and see what sticks into some song, some songs you think are going to be good live – but they’re not. And some pretty quickly come together, so I think we’ll just try a couple out.

You’ve been a band for nearly a decade now, how would you say you sound has evolved over that time?

I think people think we have, we get a lot of messages being like ‘you changed and we used to like you and now you’re shit’, but like I think I think we haven’t really changed as much as I think that we’ve always wanted to do – which is kind of what we’re doing now. But we just didn’t have the money or the budget. It’s like I don’t think we’ve changed – we’re just finally we’re finally in a place where we can do the things that we’ve always wanted to do.  So, yeah, we’ve changed a little bit, but I think we’ve just bought nicer equipment, I think when we like a couple of years ago, like when we first released our album, we just had these really cheap guitars and shit like that.

So in terms of the sound itself, in other interviews you’ve cited taking influences from late 90s revival. Are there any artists yourself who you particularly like or you think have influenced the sound of the band?

Yeah, like there’s a band called Built to Spill, which I’ve been listening to, guided by voices, big influence, just I think a lot of 90s bands, like some from the UK, some from America.

Who are your favourite up and coming bands at the minute?

I’ll say Annie Hamilton, a girl from Sydney.  She’s a good singer. She’s a friend of ours, pretty cool. Put them down definitely.

Have  you got any new musical projects in the works? What’s next for DMAs?

Oh, I can’t really say, but we’ve been pretty productive in covid. My manager told me strictly to keep tight-lipped about what we’re what’s coming up. But I can tell you that we were very ready to come over as soon as we as soon as we’re allowed to come over and play.

For a fun last question – what’s your favourite British food?

I can’t say Haggis can I? It’s so good deep-fried. That’s what I miss most about touring.

Have you tried getting it courier shipped to Australia?

I’ve tried. There’s a big Scottish festival that happens like two hours out of Sydney, and because I know that the Scottish people come in like they set up their, like, little stalls and play bagpipes and shit. And I went there, it took maybe three hours. 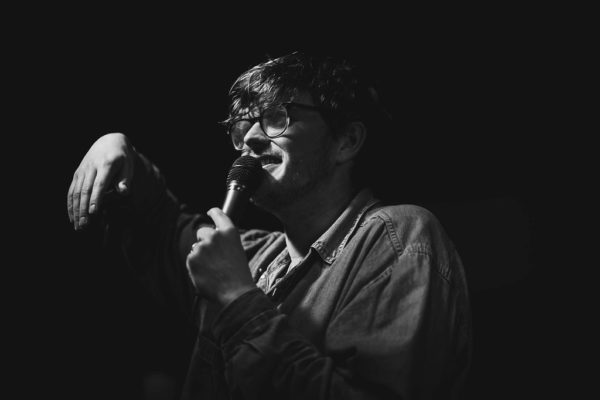 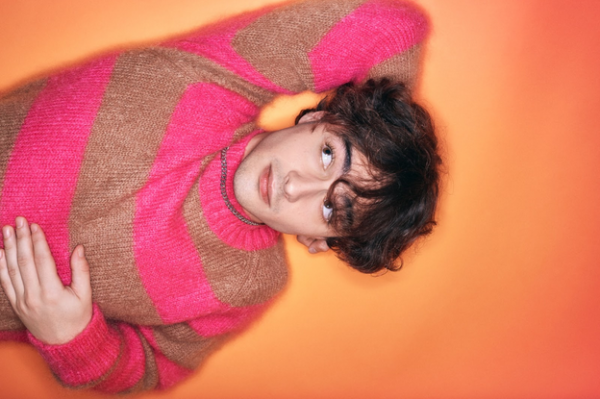 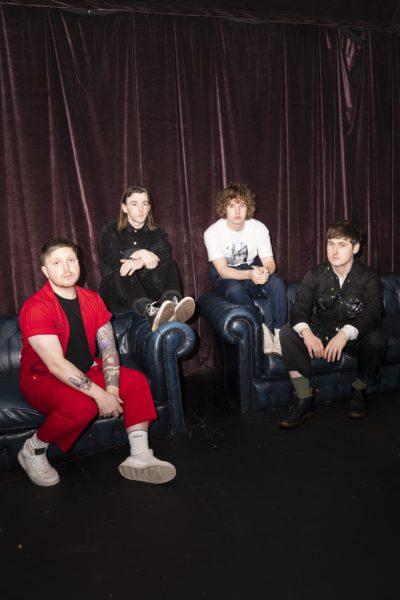