One of the first must-watch shows of 2021, Behind Her Eyes leaves viewers dissecting every episode to uncover the real secrets behind the main characters lives.

The show, created by Steve Lightfoot, is based on the 2017 novel of the same name by Sarah Pinborough. Set in London, the story follows young, single mum Louise (Simona Brown) as she enters a twisted relationship with her boss David (Tom Bateman). Louise then finds herself further enwrapped into mystery as she is befriended by David’s wife Adele (Eve Hewson).

The story begins seemingly straightforward, with Louise meeting David in a bar, sharing an impromptu kiss before finding out that David is to be her new boss at work.  Both agree to keep their relationship professional but fall back into temptation and begin an affair. Adele ‘coincidentally’ bumps into Louise later on, and befriends her, trapping Adele, Louise and David into an unconventional love triangle.

As the plot goes on we begin to see the unravelling of all three of our main characters lives. Delving into Adele’s past brings Rob (Robert Aramayo), a friend of Adele’s whom she met at a psychiatric facility shortly after her parents death in a house fire. We also get glimpses of Adele’s early relationship with David, seemingly innocent and loving at first, juxtaposed to their current relationship of lies, deceit and betrayal.

Throughout the story we are brought back to Louise’s main struggle in life, her night terrors, in which her dreams are filled with horror that leaves her screaming every night. Adele bonds with Louise over their shared experiences of suffering the same issues, and teaches her to control her dreams. Behind Her Eyes does well to present this plotline succinctly without exposing too much information before the last few episodes, but the dream sequences are disjointed and not fully explained by the end of the show, and leaves us questioning Louise’s dreams in the first few episodes.

Louise also becomes more and more enraptured with David and Adele’s lives, causing chaos in the process, and resulting in a fantastic plot twist many of us would never see coming. There’s also some great acting notably that of Robert Aramayo as Rob, and Eve Hewson as Adele, who are able to leave us questioning the morality of both characters as the plot develops.

Whilst there are parts to the plot that feel disjointed and slow, Behind Her Eyes is able to shock viewers with a plot twist that explains why certain characters behaved in the way in which they did, and wraps up the story nicely with no need for a second season. An easy watch, and one to definitely delve into for a TV binge.

Behind Her Eyes was released on Netflix on the 17th of February. 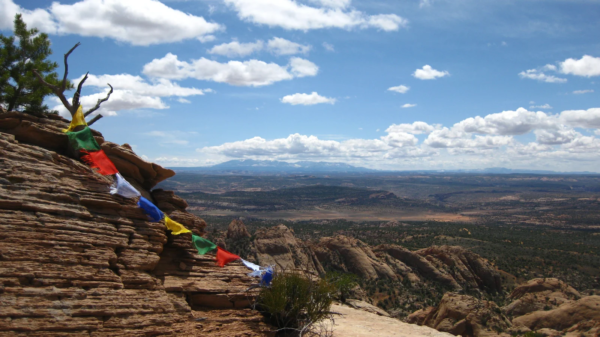