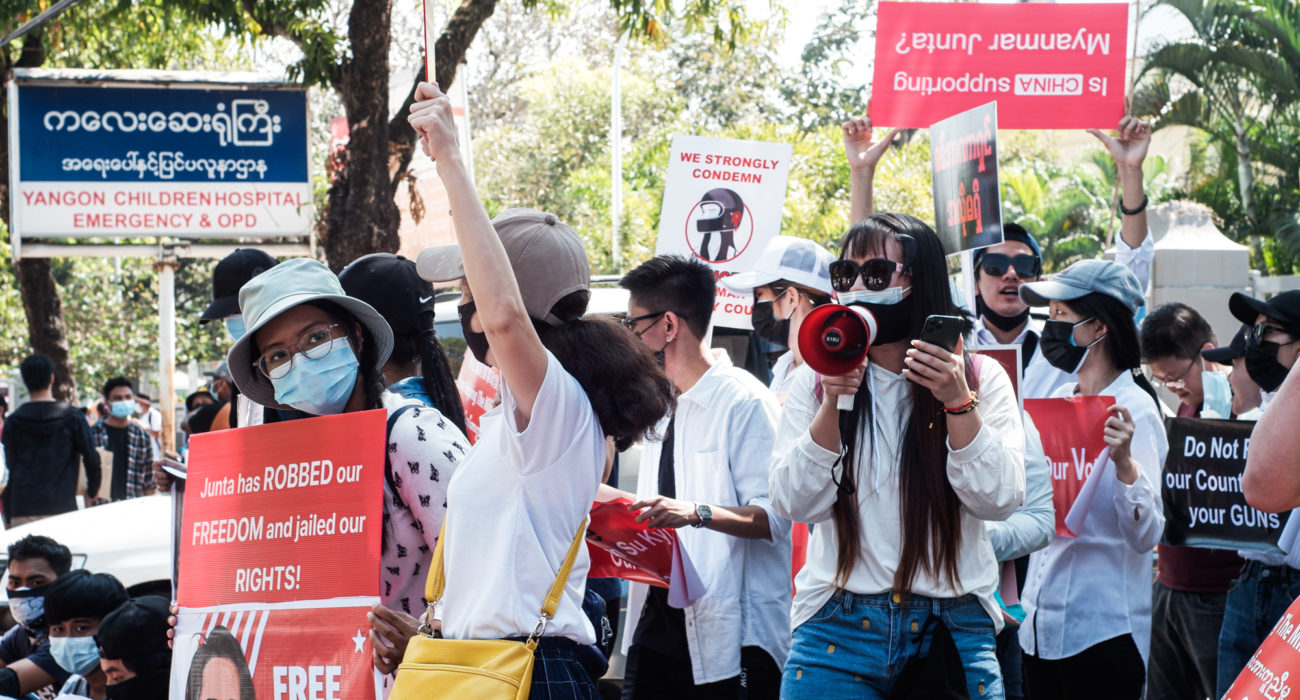 In recent weeks, events unfolding in the Southeast Asian state of Myanmar have caught the international gaze. Its capital, Nay Pyi Taw, has been the epicentre of the action. Here, anti-military protestors are resisting a coup conducted by the country’s army to overthrow the democratically-elected and beloved leader Aung San Suu Kyi and her party, The National League for Democracy (NLD).

The coup began when Aung San Suu Kyi and many of her party stalwarts were thrown into prison or kept under strict house arrest after the military backed opposition faced a landslide defeat. Claiming widespread election fraud, the country’s military, the Tatmadaw, took over the government and imposed a year long state of emergency.

Long at odds with the NLD, the current situation comes as no surprise as the military has long wielded an iron grip over the country. Before the first democratic elections were held in 2015, the military had ruled Myanmar since 1962.

While the military’s actions in Myanmar appear unlawful, the global response has been mixed. On one hand, many countries in the West have condemned the army’s actions and have placed sanctions on exports to the country. On the other hand, an equal number of countries have opted for a stance of neutrality.

To me, the mixed reaction towards the Myanmar coup begs the question of who holds the moral high ground? With global relations at an all-time low due to the economic repercussions of COVID-19, the situation in Myanmar is a delicate one and will require careful exploration to fully comprehend.

Before embarking on our quest for the truth, it is integral that we gain an understanding of the current political climate in Myanmar.

After gaining independence from the British in 1948, Burma was a country of much political tension. The myriad ethnic groups, civilian government and the country’s fledgeling military are nearly always at cross-purposes. With many of the ethnic groups pushing for sub-national autonomy, the country has had a constant string of civil conflicts since its independence.

Amid this period of conflict, tensions finally exploded in 1962 when the country’s military staged a coup d’état and Myanmar became a military dictatorship under the Burma Socialist Programme Party (BSPP). This regime ruled as a dictatorship for just under 30 years but, enfeebled by accusations of human rights violations, eventually ceded to democratic elections in 1990.

However, these elections were far from fair. After losing to the leader of the opposition, Aung San Suu Kyi, the BSPP responded by placing the NLD leader under house arrest and ignoring the election result.

It was not until 2015 that democratic elections once again took place in Myanmar. This time, when Aung San Suu Kyi won the popular vote the country’s military finally ceded power to her.

This was not the end of the story, however. The Burmese military remained a powerful force in politics and, on 1 February 2021, seized power in another coup d’état.

How has the world responded?

Despite widespread criticism of the military’s coup d’état and its subsequent, often violent, crackdown on protestors, the world seems split into two camps on how to best respond.

The majority of Western states lie in the first camp. Their leaders have denounced the coup, threatening the imposition of sanctions and calling for the immediate restoration of Ms Aung San Suu Kyi’s party to power.

On the flip side, many countries in Asia have adopted a more nuanced stance. For instance, China, India, Bangladesh and Thailand have called for a peaceful close to the conflict but argue that they ought not to interfere in the “internal affairs” of Myanmar.

This dichotomy of responses comes as no surprise. Characteristically, the West has adopted a strong stance while Asia has chosen to retain its preference for neutrality.

Naturally, it is easy to deride Myanmar’s Asian neighbours for their callousness to the gross violation of human rights taking place right at their doorstep. However, the immediate and irrevocable response from Western superpowers has played out many times before, and in many instances, has not resulted in a peaceful resolution.

A history of blunders

We do not have to look far into the past to recall several instances of western intervention which has resulted in a prolonging of a crisis, or in some circumstances, the worsening of a crisis.

Recalling the Vietnam War, it is no stretch of the imagination to see that it was one of the United States’ biggest blunders. With a huge loss of life among American Soldiers and Vietnamese Civilians, US intervention in the Vietnam War could be said to have worsened and prolonged the conflict.

Other Western countries are not exempt either. Not least is the United Kingdom. Political commentators often draw the connection between New Labour’s clumsy internvention in Iraq in 2003 and the rise of al-Qa’ida’s influence over the region.

With that said, a policy of non-intervention is by no means a moral high ground either. With its typical stance of neutrality, often the source of much criticism, ASEAN is well placed to take a more active role in Myanmar’s political turmoil. Even in the face of widespread human rights violations, ASEANs staunch policy of finding a middle ground can be seen from its lack of condemnation in response to the persecution of Myanmar’s Rohingya Muslims in the country’s west.

So, what is the right thing to do?

Naturally, political intervention and international relations are a tricky affair. Often, they are strategic, complex and fragile. A single mistep or criticism may be enough to jeporadise the socio-economic relationship between two states.

With this in mind, while any international action must be pursued with caution, the global community must stand in solidarity with the people of Myanmar.

This sentiment, I felt, was expressed in a recent interview I had with someone from Myanmar. On the topic of political intervention, he said, ‘the people of Myanmar don’t feel that this is a political issue. It is a human rights issue”.

I think this sums up how the international response ought to be handled. The moment an issue ceases to be strictly political and starts to concern the violation of human rights, it becomes an issue which requires international intervention.

However, the form that this intervention would take still needs to be discussed. Instead of the heavy-handed and presumptuous intervention which has characterised global efforts in the past, in my view, foreign countries and organisations ought to help the locals help themselves.

For a long-lasting peace to be acheived, a policy of consultation and proper engagement with the local populace is in order. For whom better to determine the fate of a people, than the people themselves. 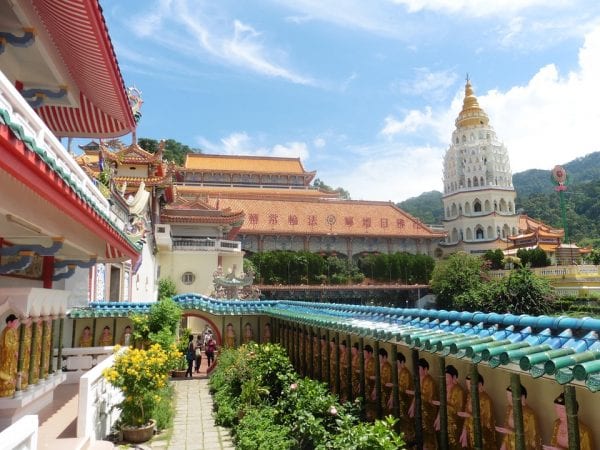 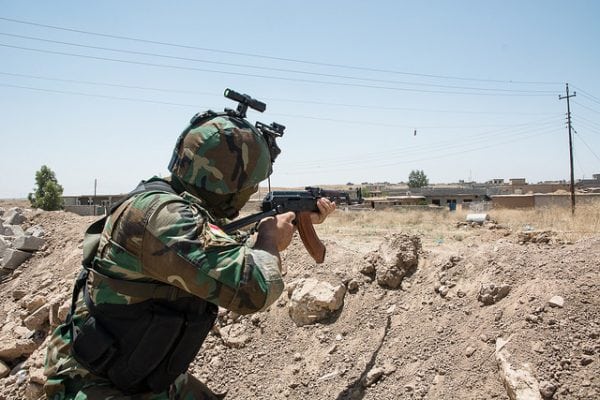 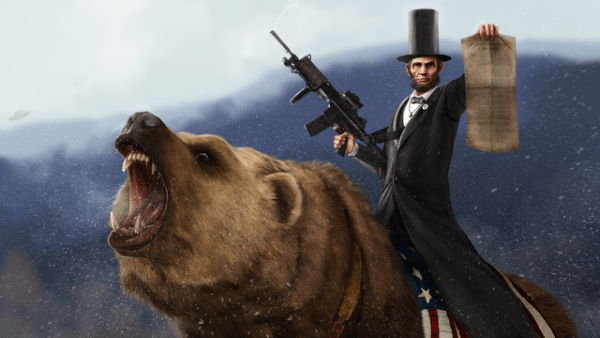