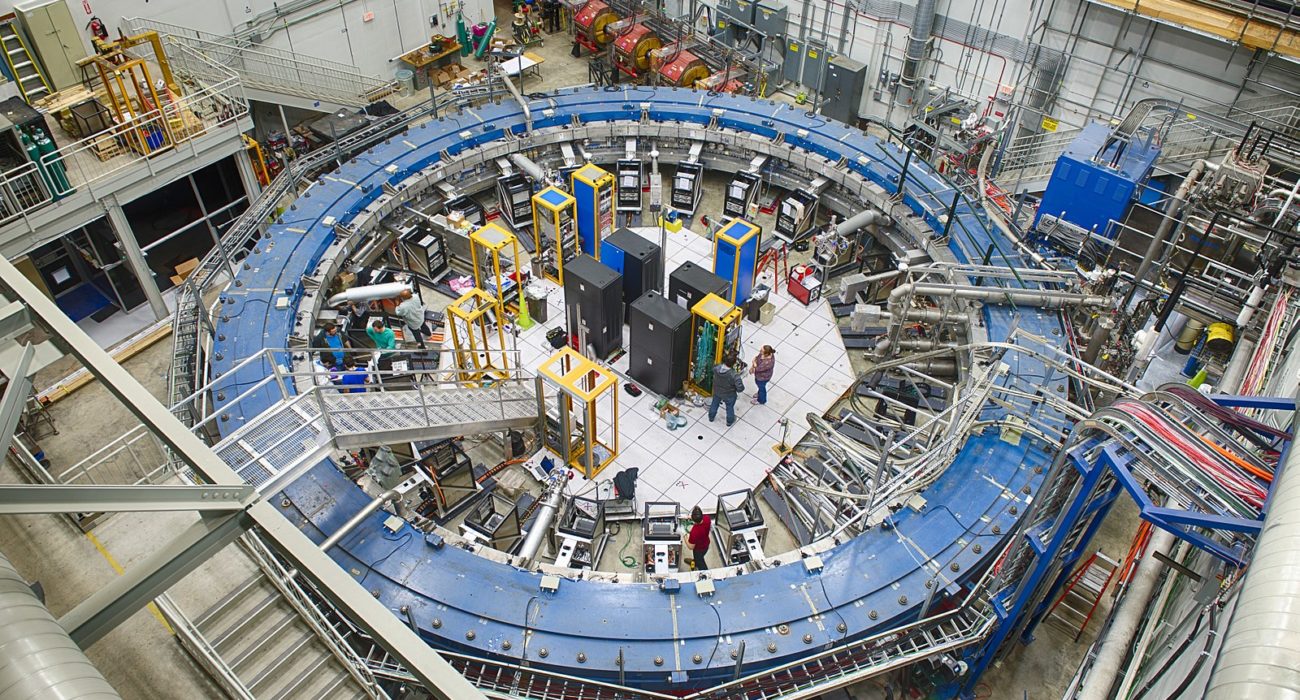 Some moments in science are so exciting it is a privilege for them to occur in our lifetimes. It is a gift to witness these moments – where our accepted knowledge changes fundamentally and the result revolutionises science as we know it. The discovery of a fifth force may well be one of these moments.

On the 7th of April, an international team, including researchers from the University of Manchester, released the latest results of their muon-g experiment. This experiment, performed at Fermilab, Illinois, suggests that there may be a fifth force, hitherto undiscovered by science.

How was the new force discovered?

Up until this point, scientists have assumed that world is governed by four fundamental forces: gravitational, electromagnetic, strong and weak. The first two are fairly familiar to us through apples falling from trees and fridge magnets, and the latter two determine how particles behave at a quantum level.

These forces, with the exception of gravity, form something called the Standard Model. This model predicts how basic particles behave, including a particle known as the muon.

The muon is similar to the electron, but is approximately 200 times as massive. They occur naturally when cosmic rays hit the Earth’s atmosphere, but can be produced in large numbers by particle accelerators at Fermilab.

Muons act like tiny magnets, and so ‘wobble’ when placed in the strong magnetic field of a particle accelerator. We can predict how fast they will wobble using the knowledge contained in the Standard Model.

In the muon-g experiment, muons were sent around the 14m ring of the particle accelerator. When subjected to the magnetic field, the muons ‘wobbled’ faster than is possible under the currently accepted four forces. This suggests that a new force may be present that alters the way these muons behave.

Despite more research being needed, many particle physicists are confident that this new force will be confirmed relatively soon.

Why is it important?

This new force would alter the Standard Model, which has currently left some big questions about the universe unanswered. Mark Lancaster, UK lead for the experiment and a Manchester academic, stated that:

We know our current list of fundamental particles and forces is incomplete because they are not sufficient to explain the dark-matter content of the universe.

Dark matter is one of the biggest problems facing modern physicists. It refers to the difference between the mass that physical equations predict, and the mass that we can identify.

In addition, Chris Polly, co-spokesperson for the experiment, states that

“So far we have analysed less than 6% of the data that the experiment will eventually collect. Although these first results are telling us that there is an intriguing difference with the Standard Model, we will learn much more in the next couple of years.”

The most exciting aspect of a new discovery like this one, is that we cannot know for sure which new areas of physics may be unravelled.

A confirmation of this new force would rewrite textbooks, tear up equations and reimagine the universe. The future of physics just got even more exciting.