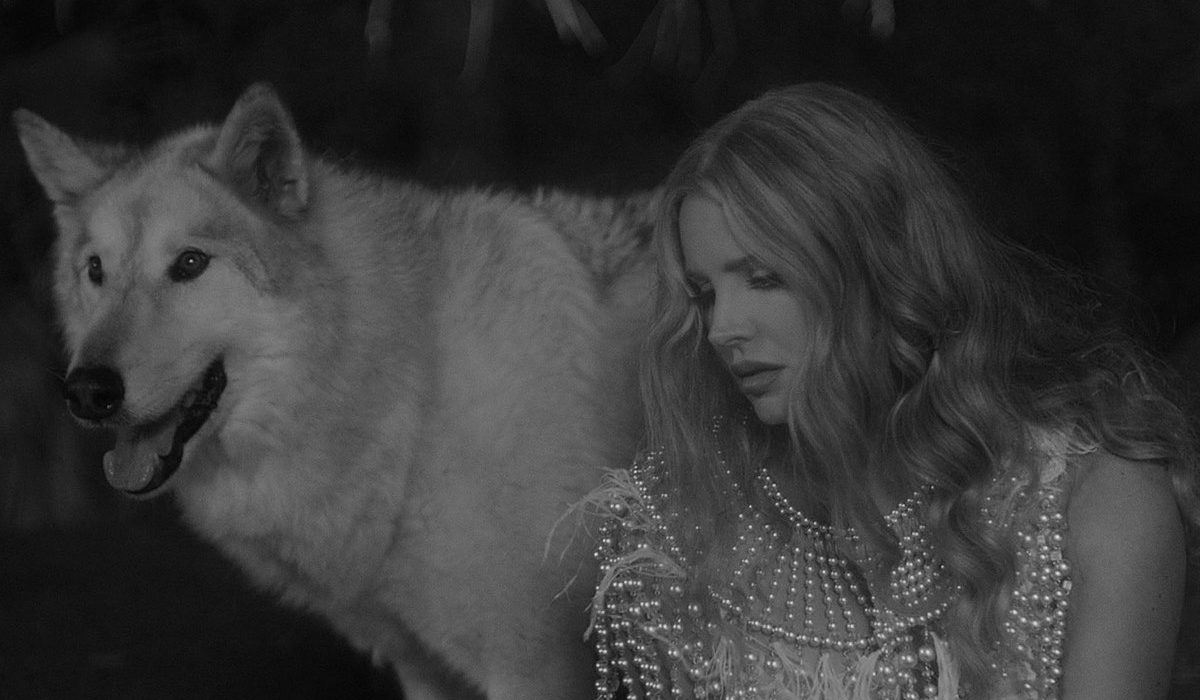 Following a masterpiece isn’t easy. Lana Del Rey’s 2019 album Norman Fucking Rockwell was one of the most universally acclaimed albums of that year, if not the entire decade, and certainly the most acclaimed of the artist’s career. When it was announced that her next album, also produced by Jack Antonoff, would be released the following year expectations were understandably high.

Of course, a lot can happen in a year. For starters, the COVID pandemic delayed the release of the album to 2021. In the meantime, Lana managed to repeatedly find herself in hot water for her frequently out of touch statements and behaviour, including the highly questionable “question for the culture” moment, and a saga involving a mask that may or may not be COVID-friendly. All of this arguably put even more pressure on the singer to effectively ‘prove herself’ on her newest album.

Well, that album is here and, if Chemtrails Over The Country Club shows anything it is that Lana Del Rey doesn’t feel the need to prove herself at all anymore. This album, released with very little fanfare, finds Lana at her most subdued, quiet and personal. Considering some of her recent statements, it is also blissfully non-political.

It’s a rather short album at 45 minutes, in stark contrast to the 60-minute-plus runtimes of her two previous albums. Thematically, the album covers similar ground to her previous work, feeling like another chapter of a seemingly endless late summer road-trip through California and rural America. It finds Lana increasingly disillusioned by the West Coast lifestyle, singing about her desire to leave LA on the rather low-key lead single ‘Let Me Love You Like A Woman’, and inviting a lover to come with her to Arkansas (inexplicably pronounced incorrectly) on ‘Tulsa Jesus Freak’.

Chemtrails finds Lana leaning deeper into folk and country influences first explored on 2017’s Lust For Life. Sonic and lyrical references to Joni Mitchell culminate in a cover of Mitchell’s ‘For Free’, with guest appearances from Zella Day and Weyes Blood, the latter of whom is quite literally given the last word on this album.

Especially country tinged is the song ‘Breaking Up Slowly’, featuring uncredited vocals from Nikki Lane. It would be an exaggeration to label this an entirely folk/country album, however, as a few songs hearken back to her more pop-driven roots. Of particular note is album standout ‘Dark But Just A Game’, a playful, rock-tinged meditation on fame that seems to draw some influence sonically from Radiohead, as well as some of Lana’s earlier music.

A frequent accusation levelled against Lana’s music is that much of it sounds more or less the same. On Chemtrails, this criticism may be somewhat true for the song ‘Wild at Heart’, which sounds just a bit too much like a few songs off Norman Fucking Rockwell, particularly ‘How to Disappear’ and ‘Hope is a dangerous thing for a woman like me to have’.

Nonetheless, Chemtrails does feature some surprising moments of experimentalism. Lana’s vocals on the chorus of ‘White Dress’ are even more delicate and breathy than usual, to the point of almost being grating. Yet ‘Dance Till We Die’ features an uncharacteristic rock and blues influenced bridge right at its end. Especially unexpected is the use of autotune on ‘Tulsa Jesus Freak’, a hip-hop inspired flourish that meshes surprisingly well in such an otherwise stripped back album.

It would be unfair to say that Chemtrails Over The Country Club represents a sophomore slump for Lana Del Rey and Jack Antonoff as a duo. Following an album as indisputably magnificent as Norman Fucking Rockwell was never going to be an easy task, and it isn’t surprising that this new album feels rather slight in comparison. Still, it is cohesive, very listenable and beautifully produced. It represents another respectable entry in an illustrious and prolific decade-long career for an artist who was widely written off as a fad in 2012.