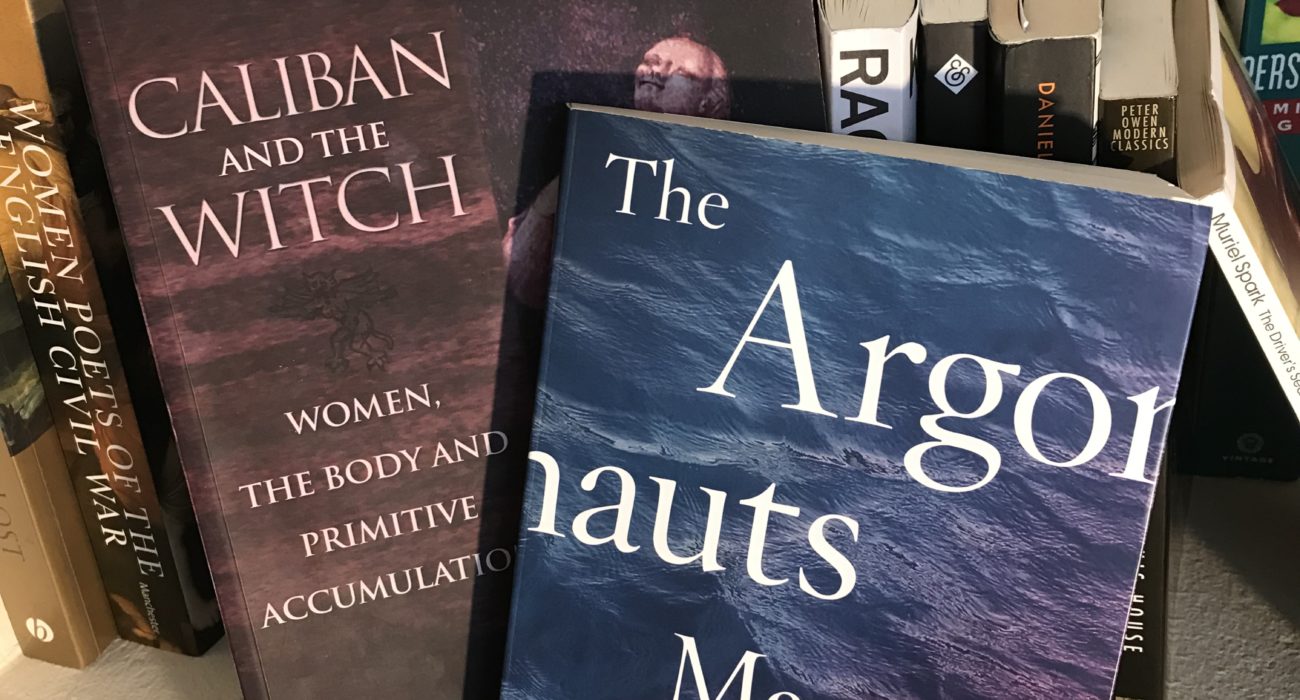 Starting a new year at Manchester, whether as a fresher or a third year, will bring a whole host of new experiences. You will encounter new worlds, new thoughts, and new people. This is one of the brilliant things that university has to offer.

To honour this, I have collected a few non-fiction books that have altered mine, and others’, perceptions of the world.

The Argonauts by Maggie Nelson

The Argonauts is a book about love. It is a warm, open, and tender delve into the personal and political ramifications that loving entails. At the memoir’s core is the blooming of Nelson’s relationship, or ‘nuptial’, with Harry Dodge. Dodge’s non-conforming gender identity provides the focal point for the book, which is largely concerned with how queer families are built, how they exist, and how they are received by society.

Nelson interweaves personal stories with a mass of critical theory and philosophy, demonstrating to us how political the person really is. She invites the reader to consider how her love and family, is shaped by and shapes the world. We also recommended Nelson’s work to help you get back into reading.

Caliban and the Witch: Women, the Body, and Primitive Accumulation by Silvia Federici

A more traditionally academic book that has opened my eyes to new perspectives on the world is Silvia Federici’s Caliban and the Witch. Federici’s book focuses on the history of the body during the transition from feudalism to capitalism, looking particularly at the female body.

Federici argues that the gender divide is the first, and thus the basis, of all class divides. She highlights how the subordination of the female body is not just an accidental product of capitalism, but essential to its very foundation. This book helped me understand the importance of a feminist reading of history.

Some suggestions from other students…

I picked up A Year of Magical Thinking because people close to me were experiencing grief and I thought a manual would be a good way to help them through it. This book did become a beautiful guide, although not so much in how to deal with grief, but on how to look back on life.

The book starts with the surprise death of Didion’s husband John Dunne, and then follows her for the next year. She talks of their lives together, all the wonderful things they did and all the unrealised plans they had for the future. Didion powerfully lays out what it means to be really sad.

Grief is usually presented to us in seven stages, suggesting it is a universal process with the end goal of reaching the other side as sanely as possible. Didion rejects this sanitisation, taking her emotions slowly, letting us move through them with brutal honesty. She makes fun of the awkwardness society feels surrounding death by writing one long, powerful and unavoidable book that forces people to confront her turmoil.

James Bridle’s New Dark Age explores the covert and cryptic ways we talk and think about technology and the internet. Dissecting elusive concepts such as ‘the cloud’, Bridle argues that our understanding of technology has become increasingly obscured by complex language and computational thinking that seeks to present the digital world as separate from our own.

The name ‘the cloud’, for instance, makes us think of our data as immaterial, light, almost floating above us, disconnected from any kind of labour. The reality is, however, one of huge physical storage, taking up resources and exploiting low waged workers. Through bewildering descriptions of vast data stores and hidden surveillance systems, Bridle calls for clarity and urgency in a new age of technological ambiguity and fear.

I hope this collection of books offers an exciting glimpse into new worlds and ways of thinking that will mirror this year at Manchester. This is the perfect time to share ideas with others and these books are a great place to start.