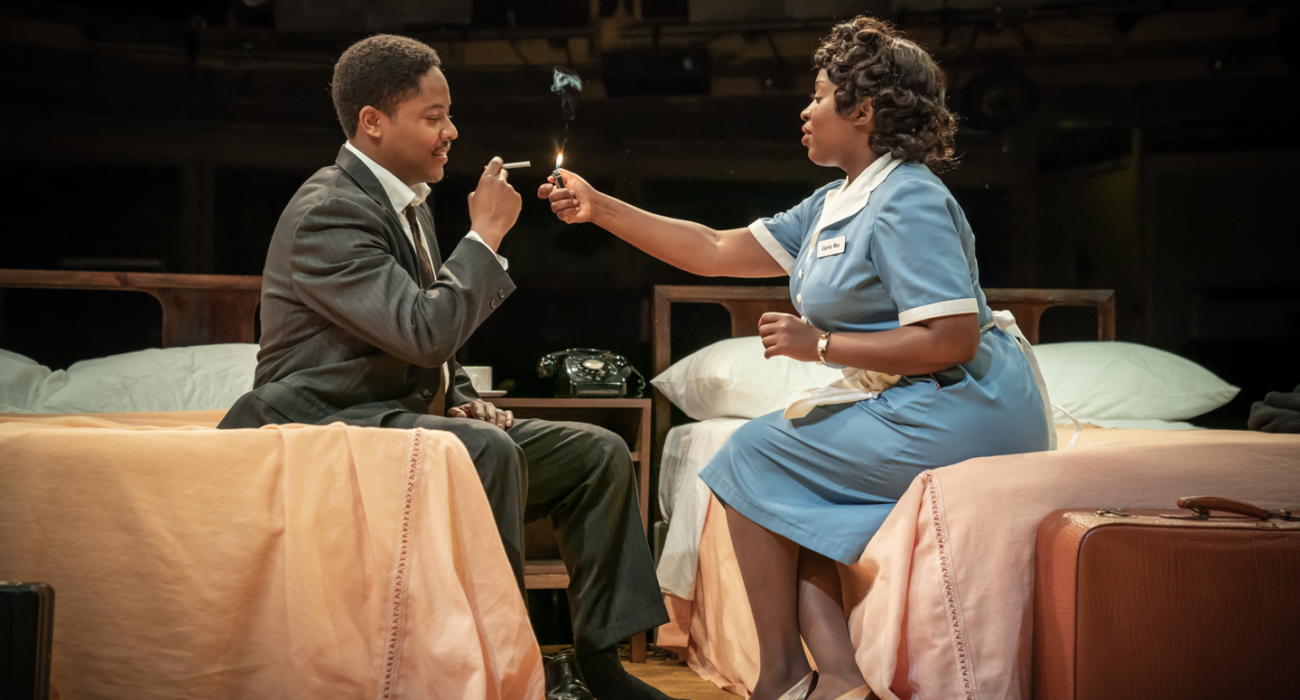 There are two types of productions that make a reviewer’s job very hard. The first type is the
banal, run-of-the-mill category where the only motivation to get a review out is the fear of the
editor breathing down one’s neck. The other is one where the reviewer feels a heavy weight on
their shoulders, considers it sacrilegious to not write the most persuasive and most evocative
account to encourage, nay, implore their readers to go out and watch what they have just
witnessed.

It is to the latter category that Katori Hall and R.A Weise’s The Mountaintop belongs.

While the play is replete with a stellar cast, an exceptional script and powerful themes, its
greatest achievement lies in its ability to not rely exclusively on any of those to deliver a
symphonic performance that outshines its illustrious composers, the notes and its talented
members of the orchestra.

I say this despite blotting out my notebook page in an attempt to take notes but instead finding myself completely enamoured by Adetomiwa Edun’s reverberating voice channeling Dr. King and Ntombizodwa Ndlovu’s Carmae outshining the giant of the civil rights movement himself.

Most importantly though, The Mountaintop is subversive. It challenges every dearly held notion in
its sight, right from using a venue that was once a hub of the transatlantic slave trade and later
imperialism (Royal Exchange Theatre still has historical plaques glossing over these periods in its
existence), the role of women in the civil rights movement, and even the very idea of the traits in
people we take to be heroes and deify, be it MLK or Mahatma Gandhi.

Yet, it does that with a light touch, never preaching virtue or sermonising.

In spite of that, it succeeds in rousing a fervour through its mix of humour in the darkest moments
and its incandescence of optimism in the face of great adversity. It challenges us, as an audience,
to think whether we have stopped paying attention to the injustices around us, “dropped the baton” so to speak, as we hope to move towards the promised land where there is equality and freedom for all?

At first, such a question makes one uncomfortable, bludgeons our own conception of “being good”. It’s exactly in this discomfort that the script of The Mountaintop comes to our rescue by showing us the very humanity, and by extension, the very fallibilities of people who can be considered the epitome of good.

It does that by espousing the very fundamental belief that great things can be achieved by having the strength to love. A strength to love even those who could never love you back.

And as the end nears, it asks us what would be our legacy? Would we fail to rise against injustice
and continue to walk with willowed backs? Or in the words of Lin Manuel Miranda’s Hamilton,
plant seeds in a garden we cannot see?

Would we realise the capacity for love and kindness in our hearts that extends far beyond the limited spheres we confine them to or would we let hatred and prejudice dictate the terms of the next half a century since MLK’s death?

As the lights went out on the stage, the teary sniffles and the ensuing standing ovation of the crowd made me realise that we had all collectively reached the same questions throughout the performance and found
ourselves wanting for answers.

The Mountaintop runs at the Royal Exchange Theatre until Wednesday 27th of October. It’s the perfect way to mark and celebrate Black History Month.