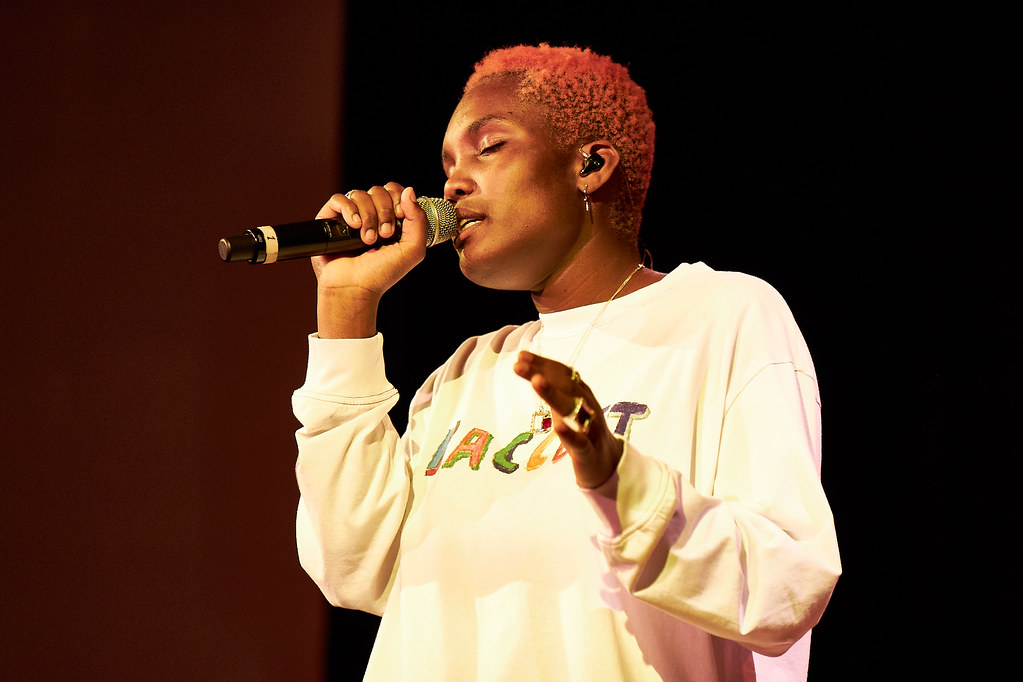 Nova Twins are a rock duo from London, formed in 2014. The band consists of Amy Love as vocalist and guitarist, and Georgia South on bass. Since releasing their debut album Who Are The Girls? in February 2020, the band have won Best U.K. Breakthrough Band at the 2020 Heavy Music Awards, Best Video for their track ‘Taxi’ at the 2021 awards, featured on Bring Me the Horizon’s most recent album, and supported them on their UK tour this September. The band have been signed to Fever 333’s record label ‘333 Wreckfords crew’ since late 2019, after touring with them earlier that year.

The band’s pounding bass and distorted heavy punk sound, combined with their passion for pushing for diversity in a scene dominated by white men has made them a huge hit with audiences. Additionally, the nature of their sound works so well live. Previously describing their music as ‘urban punk’ upon their first releases, South has stated that they no longer use this label anymore to ensure they are not pigeon-holed, and as she thought the word ‘urban’ was unnecessary and only used due to being black women in rock.

Nova Twins will support Enter Shikari on 5th December at O2 Victoria Warehouse, and will play Manchester Academy 3 on their headline tour on March 20th.

For Fans Of: Chronixx, Daniel Caesar

At only 21 years old, Koffee is already making a big splash on the music scene. She was the youngest person to win Best Reggae Album at the Grammy’s (and only woman), and has performed at huge festivals such as Parklife. In fact, it was at Parklife where I first came across her; a blistering burst of talent, commanding the stage with her chilled rapping style. Dynamic and holding the audience in the palm of her hand, she was one of the most engrossing acts at the festival.

Her single ‘Lockdown’ is a relaxed love song, with feel-good rhythms that complement her strong voice. Meanwhile, her song ‘Burning’ speaks to her religious roots in Jamaica, and is a great way to get into her music and self-expression. Koffee is one to watch, who will surely only grow in talent and popularity.

For Fans Of: Kano, Ghetts, Dave

Little Simz is the most exciting artist in the UK right now. Latest album Sometimes I Might Be Introvert is an expansive contrast to previous masterpiece GREY Area, dealing with themes of family, womanhood and heritage. Although some of its more conceptual elements don’t quite hit the mark, it breaks new ground musically, incorporating afrobeat bops amongst soulful hip hop. Please go see her live if you get the chance, and give SIMBI a spin this month.

Born in Trinidad and raised in East London, Berwyn weaves both the personal and political into his poetic songs. Multi-talented Berwyn oscillates between a masterful rap flow and smooth angelic vocals on his records, making him such an interesting artist. He taught himself to play piano, guitar, drums, and violin. Lyrically his songs tackle subjects such as immigration, homelessness, and his experiences as a black Briton. Despite the oftentimes heavy subject matter of his lyrics, Berwyn’s tracks are both thoughtful and poignant, but also offer hope and reassurance that things do get better.

Berwyn came to my attention when his debut mixtape DEMOTAPE/VEGA was nominated for the 2021 Mercury Prize. His captivating an stripped-back performance at the awards ceremony stood out to me and led me to explore his music further. Berwyn’s latest mixtape TAPE 2/FOMALHAUT released earlier this year earned further critical acclaim and boasts an array of insightful hip-hop tracks and his prowess in musical storytelling.

You can catch Berwyn performing at Manchester’s very own YES (The Pink Room) on 26th November.

For Fans Of: The Internet, Steve Lacy, Solange

Emerging through the music scene in early 2019 with her poetic lamentations and soulful vocals, Arlo Parks has cemented herself as one of the most influential female-identifying musicians this side of the pond. Teeming with wistful instrumentation, Park’s sonic explorations deliver a ray of light through her flavourful and bright nuances.

Winning a mercury prize for her debut LP Collapsed In Sunbeams, Arlo’s heart-wrenching offering makes for a soulfully delectable intake infused with ‘90s pop and echoes of ‘00s R&B. Focussing on the delicate narratives of mental health, love and sexual identity, her tender reflections make for wholly relatable melancholic contemplations set to resonate with a plethora of listeners.

Standout tracks include the immersive ‘For Violet’ and heavily atmospheric ‘Just Go’. Park’s honeyed vocals lend a comforting shoulder through her sentimental ruminations set on offering a helping hand to struggling fans.

Parks is set to head out on her Collapsed In Sunbeams tour in early November, including a show at Manchester’s Academy 2 on 9th November.

So good she was nominated twice (Charlie Roberts)

Arlo Park’s rare sound and undeniable talent are what make her one of my favourite artists. Her lyrics are contemporary and speak to our generation so sincerely. Parks is also a huge champion for independent music and the idea that authenticity is more important than deluxe equipment, which is not to say that she ever compromises on quality. There simply isn’t anyone like Arlo Parks in 2021!

For fans of: Kanye West, Amine, Saba and and Childish Gambino

I first discovered Chance the Rapper through his first on Snakehips’ track ‘All my friends’. Chance’s verse was so infectious it had me hooked aged 15. It was my first real experience of hip hop outside of Eminem and the top 40. Chance is Chicago rap at its best, the first artist to win a Grammy for a mixtape with Coloring Book. Everything about ‘Chayno’s’ music is filled with joy. He often incorporating soul and gospel into his tracks his music is the perfect contrast to Manchester’s rainy streets!

You only need to hear his verse on Kanye West’s ‘Waves’ from The Life of Pablo to understand what I mean.

For fans of Barney Artist, Tom Misch and Mr Jukes

A man who’s music is deep rooted into his family and upbringing in Croydon . Expressing his art through poetry read aloud by his mum Jean (whose voice fans are all too familiar with), or crafting songs around samples of music written by his late dad. He openly discusses his experiences with ADHD, dyslexia and dealing with love and loss. I just can’t get enough of his infectious energy and beautifully honest and witty lyricism, and I think his work is something really special that deserves to be heard.

Loyle also never fails to deliver live, anyone that saw him play at Boardmasters earlier this year is sure to agree!

For fans of Willie Mitchell and Don Covey

Syl Johnson is a blues singer and guitarist hailing from Mississippi. Featuring politically charged lyrics matched with a yearning for lost loves, accompanied by soulful music. Syl Johnson continues to gift the ears of those who discover his music. Chances are you’ve already heard his voice being sampled by Wu-Tang Clan, Jay-Z and many others. If MF DOOM is your favourite rappers favourite rapper then Syl is certainly his favourite blues singer.

A personal favourite album is – Diamond In The Rough.

For fans of Solange and Jill Scott

Lauryn Hill is undeniably one of my all time favourite artists. From her years with the incredible hip hop trio Fugees to her beautiful and timeless debut solo album The Miseducation of Lauryn Hill – commonly regarded as one of the most iconic albums of all time. Hills masterful singing/rapping communicate deeply personal lyrics which explore life, love, and spirituality – all of which are set against a unique and soulful blend of r&b, reggae, and funk. These elements culminate to create her extraordinarily irresistible sound that you have to check out!

My favourite tracks – ‘Ex factor’ and ‘To Zion’ 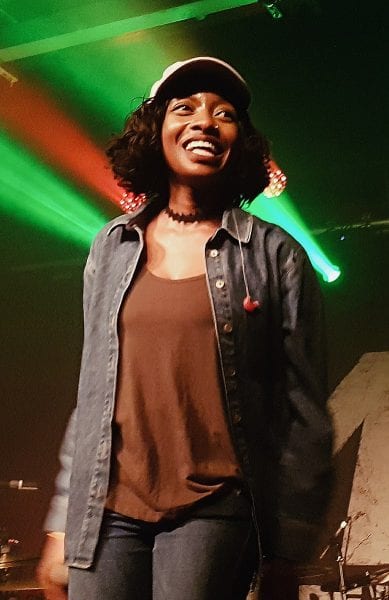