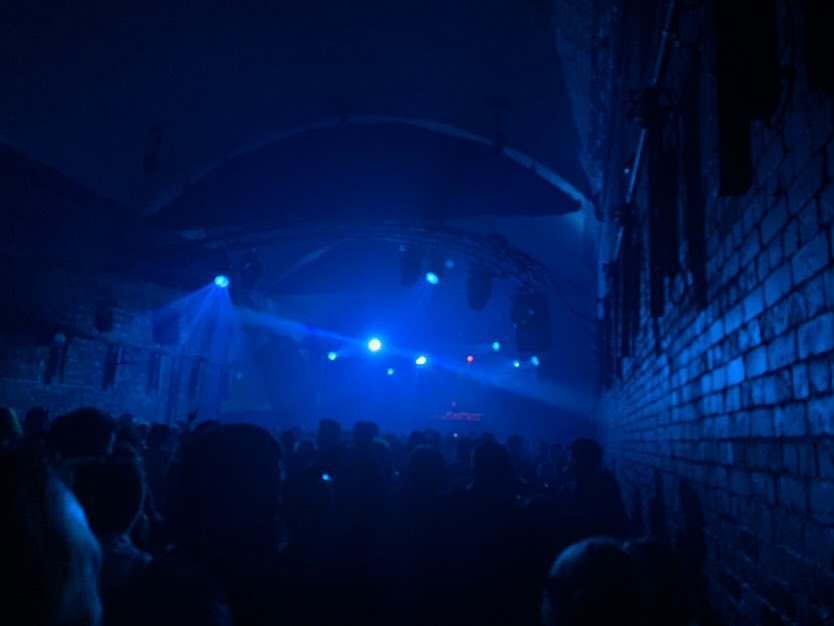 When I applied to study in Manchester, a big pulling factor was its vibrant music scene. However, despite now being in my second year, this is my first year exploring it due to the pandemic. For a long time, I’d eagerly awaited the chance to experience The Warehouse Project for myself, and with the world opening up once more, what better way to dive back in than its annual Repercussion Festival?

Entering past the coloured windows into a room of thumping beats, I knew I was walking into a world I hadn’t entered for quite some time. Having arrived early, with the massive rooms yet to be filled, I enjoyed a little dance to myself to NTS Radio DJ Tarzsa Williams. Her garage/house set was a pleasant surprise and made the experience all the more special by the feeling she was playing just for me.

Next up was the Mancunian rap/soul act Children of Zeus; I’d first discovered them through Lenzman’s excellent remix of ‘Still Standing’. This was great foreshadowing, as I was also left still standing around after their great delay in getting to the stage. To compound matters, their microphones weren’t working. Both the audience and performers grew increasingly frustrated, and Konny Kon even threatened to leave the stage unless the tech issues were sorted.

Despite these issues eating into their set time, they came a long way towards making it up. Even faulty microphones couldn’t have stopped Tyler Daley’s voice from stealing the show with an incredible vocal range. Konny Kon seemed slightly side-lined in comparison, until a stellar finale rendition of, yes, ‘Still Standing’. However, an unsuccessful venture to get food from the festival’s retailers showed me its organisational issues weren’t confined to the stage.

In Depot Mayfield’s Archive, the legendary Soul II Soul took to the stage — violinists, bassist and drummer all under the lights. The reason behind Repercussion Festival’s name became clear: the drum dominated the room, ricocheting off the Archive’s curved walls, each stroke like a bullet. The bass was crawling down my lungs, pumping through my chest. ‘Back To Life’ concludes an excellent set asking “who’s ready to go back to 1989?”— to which the audience rejoiced.

Next in the Archive was DJ Seinfeld, who came out with a strong set lapped up by the crowd. Here, his track selection was vastly different to that of his set a week previously at Parklife, his versatility evidencing a deep appreciation of his audiences’ needs.

At the Depot (what else would you call the main stage at a former railway hub?), Jordan Rakei performed to a massive room — it’s just a shame it was so sparsely populated. The set didn’t fit the vibe; it would have been far more suited to a sunny outdoor festival. Instead, the dark warehouse had me wondering where Rakei was at Parklife a week earlier. Giles Peterson, who came next, amassed a much more active crowd, for whom he performed sensationally.

Then, DJ Shadow’s highly anticipated debut album, Entroducing, which was released 25 years ago (almost) to the day (a point stressed by the festival advertisement). Coming onto stage, DJ Shadow ‘entroduced’ himself to a delighted crowd; although, unexpectedly, his set didn’t focus on the album. It was a real privilege to attend one of his only three concerts this year. DJ Shadow is a real must for anyone who loves having a proper show put on for them, with lights, visuals, echoing bass, and pounding percussion abound.

My nine hour day-to-night experience at the festival wasn’t without its issues. However, Repercussion Festival constituted a great introduction to a fabulous venue any Manchester music fan should visit.