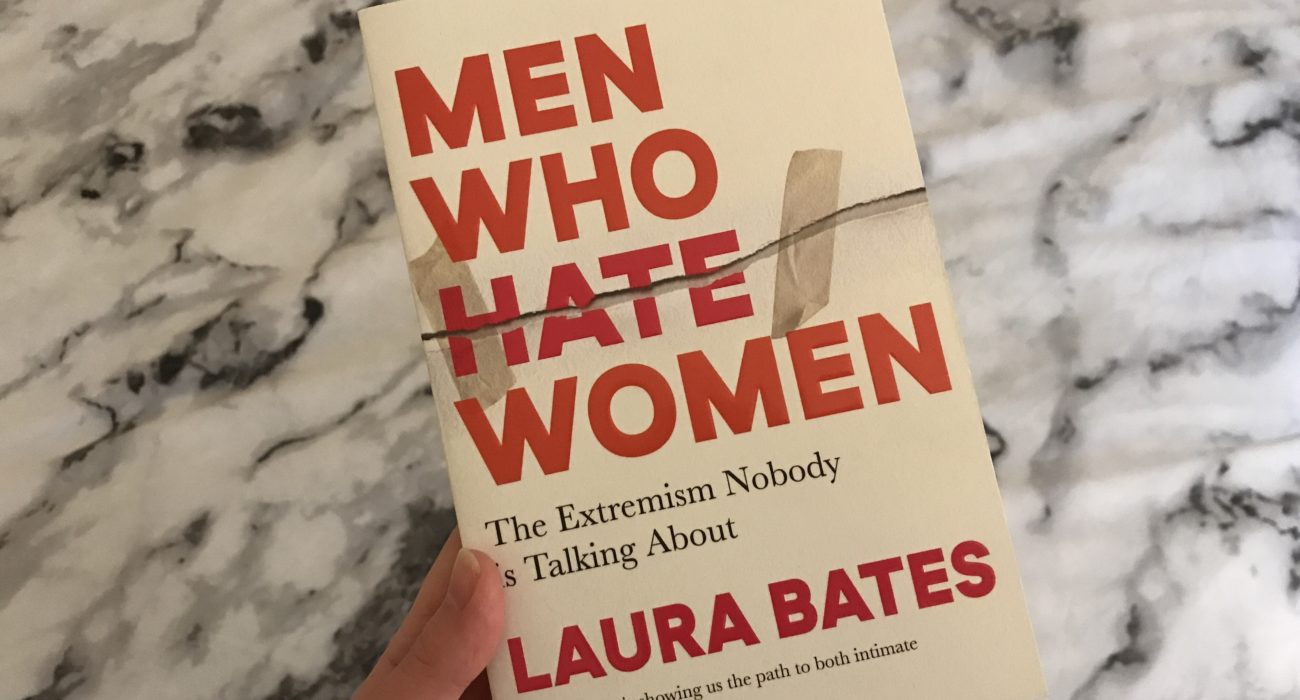 Content warning: this article contains references to physical and sexual violence against women.

On 5th October 2021, PM Boris Johnson voiced his opposition against making misogyny a hate crime, stating that there are already sufficient measures in place to protect women and girls and that this motion would overload the police. This statement came only a week after Wayne Couzens was sentenced to a life term for the kidnapping, rape and murder of Sarah Everard in March 2021, which launched the issue of violence against women and girls into the national spotlight.

The issue of women’s safety and the failures of the police and criminal justice system in protecting it became even more pressing following the disappearance and murder of Sabina Nessa in September.

With these cases demonstrating why violence against women and girls should be foregrounded in national debate, Laura Bates’ ground-breaking 2020 book Men Who Hate Women: The Extremism Nobody is Talking About is essential reading.

Laura Bates is a feminist writer and journalist, the founder of the Everyday Sexism Project and author of books such as Everyday Sexism and Girl Up. Her latest book, Men Who Hate Women, is a courageous and thorough examination into hidden extremist communities who are united by a hatred for women.

Bates uses undercover identities to infiltrate the poisonous online and offline communities of groups such as incels, pick-up artists, Men’s Rights Activists, and Men Going Their Own Way, exposing their misogynistic ideologies and mapping how men and boys become radicalised into them. This meticulous account of modern misogyny lays out indisputably how deep rooted the problem remains in Western society.

By examining these extremist groups Bates also demonstrates how everyday misogyny has become accepted and normalised in society, from schools to the media, from workplaces to our government. This normalisation of so-called ‘low-level’ misogyny is what forms the foundations from which men and boys become capable of climbing the ladder towards radical ideologies, which are both a symptom and cause of the epidemic of violence against women. Men Who Hate Women is a wake-up call to how seriously misogyny at all levels needs to be taken in order for society to tackle violence against women, a message which clearly needs to be shouted louder in the wake of the Prime Minister’s overruling of making misogyny a hate crime.

One of the most significant and potentially radical arguments Bates makes is that violence against women and girls is an epidemic, and an example of domestic terrorism. Bates writes that “Men hurt women. It is a fact. It is an epidemic. It is a public health catastrophe. It is normal.” She then argues convincingly; “If terrorism is a means of attempting to exert control and wield power by creating fear, then, at a micro or individual level, it precisely describes domestic abuse.”

This is an issue which is as prevalent in the UK as anywhere else in Western society, highlighted by the shocking mass shooting which occurred in Plymouth in August 2021. The gunman, Jake Davison, was linked to the online incel community, and used the internet to express his misogynistic and homophobic views. The first victim of his attack was his mother, whom he had expressed his resentment towards on discussion website Reddit (a site central to inceldom). Despite this, Devon and Cornwall police stated that Davison’s motive was unknown, and that they were not considering terrorism as a motive. In the aftermath of the event Bates was vocal about how this tragedy demonstrates yet another example of misogynistic extremism fuelling terrorist acts, which cannot be ignored any longer.

Bates’ examination of this issue doesn’t neglect intersectional examinations of race and gender, including in the complex conversation about how terrorism is defined. She argues that the unwillingness to recognise misogynistic terrorism is “borne out of the overlap of two major media blind spots: the first is its reluctance to classify white murderers as terrorists with anywhere near the same eagerness as Muslim or non-white perpetrators; the second is its tendency to downplay, excuse and humanise men who commit violence against women in general.” This tendency is exposed for how harmful it truly is, demonstrating the urgency for radical change in how both the media and we as individuals view acts of misogyny and its perpetrators.

Through rigorous investigation of extremist misogynistic groups, interviews with former members and accounts from the men and women on the frontline in tackling violence against women, Men Who Hate Women is more than just a journalistic account of modern misogyny; it is a call to action, and one which needs to be heard by everyone.