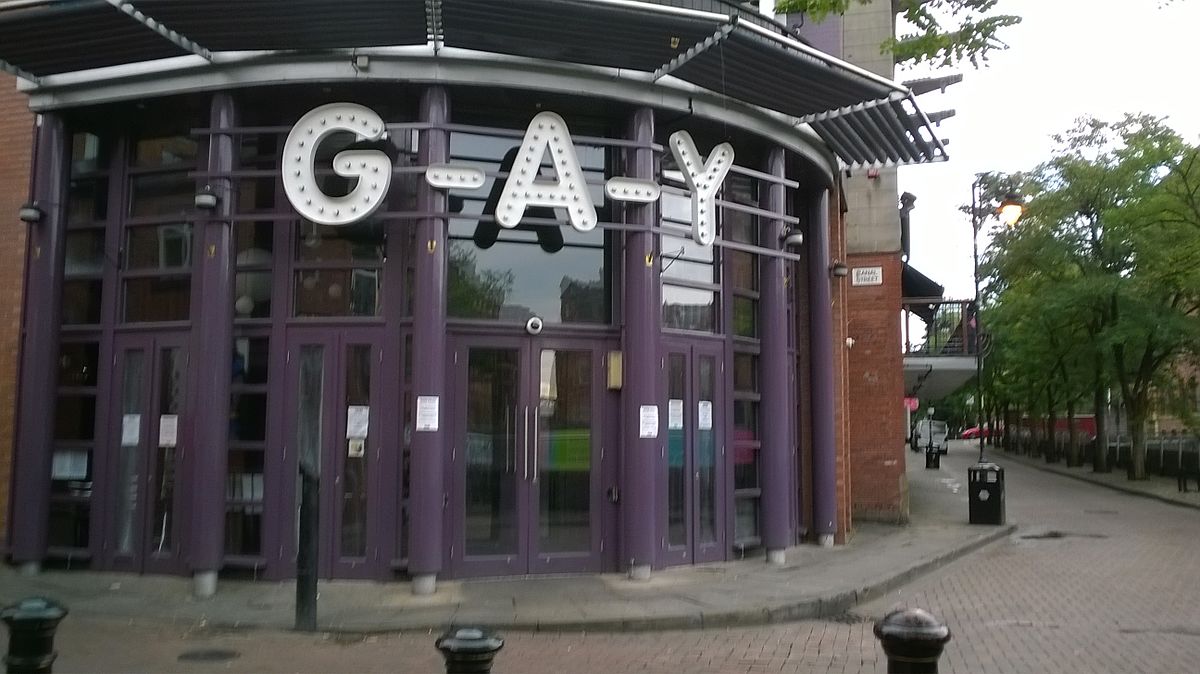 For many years Manchester’s ‘Gay Village’ has been considered an iconic night out, with its safe spaces and inclusive atmosphere, open for anyone regardless of sexuality and gender. However, with the recent reports of bouncers allegedly refusing people entry to the venue, based on an assessment that they do not seem ‘gay enough’, could this be coming to an end?

Personal accounts have been circulating, that the central night club of Manchester’s Canal Street, G-A-Y, has been discriminating against people based upon their appearance. An investigation by The Mancunion has revealed several reviews, social media posts, and personal accounts ranging back to 2014 of the club’s door staff judging potential patrons on whether they are ‘gay enough’ to enter the club.

The question of whether gay bars should be reserved for the LGBTQI+ community alone, is a highly debated topic. While some clubbers and bar owners feel that this preserves a relaxing, safe and positive environment for people, away from the straight gaze. Others believe that LGBTQI+ spaces should be welcoming to all people as a place for them to simply be themselves.

The unfortunate impact of a zealous door policy, it seems, is that it can occasionally backfire, and cause even gay people to feel unwelcome in their own spaces, simply because they do not fit a particular normative perception of what ‘gayness’ is.

Despite incidents noticeably increasing in the past 8-10 weeks, a short scroll through TripAdvisor immediately reveals that reports, such as these, of discrimination based on how people look have been going on as far back as June 2019.

One person posted that they and their girlfriend, who refer to themselves as “femme lesbians”, were reportedly denied entry into G-A-Y and were told to “just f*** off” when they attempted to contest the opinion of the bouncer at the time. They believe that this was because they looked “not … gay enough” due to being ‘straight passing’.

There are other accusations like this. One TripAdvisor user more recently, in August 2021, alleges that when her and three other friends tried to enter G-A-Y (two men and one other woman) they were all initially refused by a female bouncer, but later just the men were told they could enter because the women were not ‘regulars.’ According to the review, neither were the men.

Emily Green, a Manchester student, argued that by refusing to let those in the LGBTQ+ community “who [do not] fit into normative expectations” G-A-Y “undermines the whole point of LGBTQ+ spaces” by refusing people their right to express themselves in a safe space.

Some responses to these personal accounts on social media have expressed the opinion that G-A-Y’s practices are ‘gatekeeping’. ‘Gatekeeping’ is described as the practice of restricting access, and obviously limiting, general access to something. Often meaning that certain people are omitted from the consumption of a certain product. By allegedly refusing the entry of those they presume to be ‘straight’ into the club, G-A-Y’s actions could be interpreted as ‘gatekeeping’.

Yet, others argue that it is totally within the bouncer’s right to refuse people that they think may cause some sort of disturbance from entering the establishment.

An ex-employee of G-A-Y told The Mancunion that the bouncers were given absolute discretion as to who they allowed to enter the club, understandably refusing to admit people who were drunk, high, found to be in possession of drugs, in large groups, typically of five or more, or not dressed within the confines of the dress code (though neither the club nor the website display one of those). He suggested that “it’s never been about being gay enough or anything,” but rather the idea of a safe space from the LGBTQ community has always been kept in mind.

In response to a post about the accusations about G-A-Y on Facebook another user, questioned “what is the point in having gay bars at all if they become full of straight people?” – suggesting that the door staff of G-A-Y have “every right” to turn people away.

It seems to be a common trend that people in groups of more than three may be more likely to be refused entry. However, this does not appear to be an official company policy and is never actually stated on the website or outside of the building.

Those on both Facebook and TripAdvisor who have been turned away – possibly for attempting to enter as a large group – still express anger at the fact they have been refused entry to G-A-Y as a safe space, particularly as it appears many of them were members of the LGBTQ+ community themselves. Most of them express anger at not being given a solid reason as to why they haven’t been allowed to enter, many saying they had been told they were not ‘regulars’ or didn’t have a ‘membership card’ so were denied entry.

However, there are some more worrying accounts of the treatment of clubbers by security staff. One person described how, upon attempting to enter G-A-Y, a bouncer stopped him and told him he did not fit the demographic of the club because he was “not gay enough”. When questioning the bouncer, he was asked to ‘prove’ that he was gay by kissing a member of the same sex who was waiting in the queue. Distressed, he and his friends removed themselves from the situation.

A former employee of a bar on canal street told The Mancunion that is was generally accepted in the Village that G-A-Y were highlight selective about who they would let into the club.

A past employee of another gay club in the area told The Mancunion that it was generally accepted in the Village that G-A-Y were highly selective about who they would and who they would not let into the club on any given night. Judgement based upon looks, whether it was to do with what ‘vibe’ they wanted to portray on one particular night or sexuality, was and still seems to be a common practice.

A person who previously worked in the New Union, a pub beside G-A-Y describes how the practice was generally accepted by the community in the Gay Village.

“It was common knowledge amongst the village. See, I worked in the bar next door, New Union, and basically, anyone that got turned away from G-A-Y for that reason, or they suspected that reason, they’d come to us, and we’d go of course you can come in because that’s silly.”

They went on to say that “it was a weird thing where it kind of started out as a bit of a rumour, like milling around between everyone that worked there and then it was just sort of like almost weirdly common knowledge.”

The former New Union employee told The Mancunion, that when a member of G-A-Y management was asked about their ‘policy’, he simply said, “yeah, that’s just what they do.”

The former New Union bar staffer went on to say, “I mean, it’s not our [New Union] policy. We just let people in, and we have bouncers if anyone gets rowdy, but they say that they do that for security reasons, but then I don’t know it just always felt weird.”

They suggested that G-A-Y’s ambiguous policies surrounding dress code and entry could be the cause of the confusion and the source of the alleged rumours.

Elaborating, they suggested that “it’s awful because you’re basing your judgement of somebody based on what they look like. I mean people from different walks of life, with different sexualities, different genders, they look so vastly different. There are different ways of expression which are very personal to each person, their sexuality, and how they express it. So, for them to turn people away and also the fact that they don’t outline the rules makes the situation even worse.”

The Mancunion spoke to another individual who has worked near G-A-Y on Canal Street for many years. When asked about the existence of a membership card, they responded that in G-A-Y London “for some events, you have to have a membership card. But in Manchester it’s different.”

“For Manchester though I can’t say that I’ve ever come in contact with a membership card, but I can’t say for sure if they do or don’t. It’s a weird one because I’ve never been asked for one personally. There’s never been ads or anything like that for memberships so I would go so far as saying there isn’t one for the Manchester G-A-Y so that excuse is false.”

In 2011, a tweet by the promoter of the venue Jeremy Joseph, raised some eyebrows. His post was in reaction to the prospect of a One Direction fan night was being held at the venue. Directing his tweet towards the band’s perceived, primarily straight, female fan base, Joseph said, ‘My birthday wish is for little girls to realise that G-A-Y is a lesbian and gay club so there’s only one direction and that’s no direction for them’. Adding in a later tweet ‘hoping the name G-A-Y, isn’t too Subtle??? It’s G-A-Y not Str8’.

Upon further investigation it seems that the practices perpetuated by the club could come into direct contention with the rights given to all people by the 2010 Equality Act. The Act protects those that are ‘of a particular sexual orientation’, these are described as those who have a sexual orientation towards ‘persons of the same sex; persons of the opposite sex; or persons of either sex’ from discrimination. Clearly protecting those who are of the LGBTQ community or heterosexual.

In correspondence with the Equality Advisory Support Service, a group which advises upon potential violations of the 2010 Equality Act outside of a legal capacity, The Mancunion has been told that any bar or club which denies people entry based on their sexuality or perceived sexuality or is involved in ‘less favourable’ treatment to those of a particular sexuality, could be committing acts of ‘direct discrimination’ .

The Equality Advisory Support Service describe ‘direct discrimination’ as when ‘a person treats another person differently and worse than they treat, or would treat, others’. This is called being treated ‘less favourably’. If a person with a ‘protected characteristic of sexual orientation’ can prove a significant link between the way they have been treated and their sexuality, then ‘direct discrimination’ can be claimed in violation of the 2010 Equality Act.

When contacted for comment on the personal accounts of those who were denied entry, a G-A-Y spokesperson responded with this:

“We absolutely don’t turn anyone away for any of the reasons alleged during your investigation … I can guarantee that no one has ever, or would ever be, refused entry to G-A-Y Manchester on the grounds of race, age, gender, sexual orientation or religious belief.

We create a safe space for anyone to come and be anything they want to be. We don’t judge or discriminate against anyone, and we don’t accept customers doing this either. We are at times selective about who we allow into the venue, but this is to protect the safe space that we have created and are so well known and respected for.

Unfortunately, however, the G-A-Y brand, as well known and respected by many as it is, does seem to work against us. We have a huge light up sign above the entrance that says G-A-Y, so when we refuse someone for intoxication levels or because they exhibit a bad attitude with door staff, the go to assumption is they have been refused entry because they “aren’t gay enough” which is just ridiculous. In fact, in the last few weeks with all the new students in town, to whom we have been very welcoming, on most nights there very well may have been more straight people in here than gay people. We just don’t care. As long as you have a good attitude and are coming to have a good time and are respectful to our staff and the other customers enjoying the venue, you are more than welcome.”