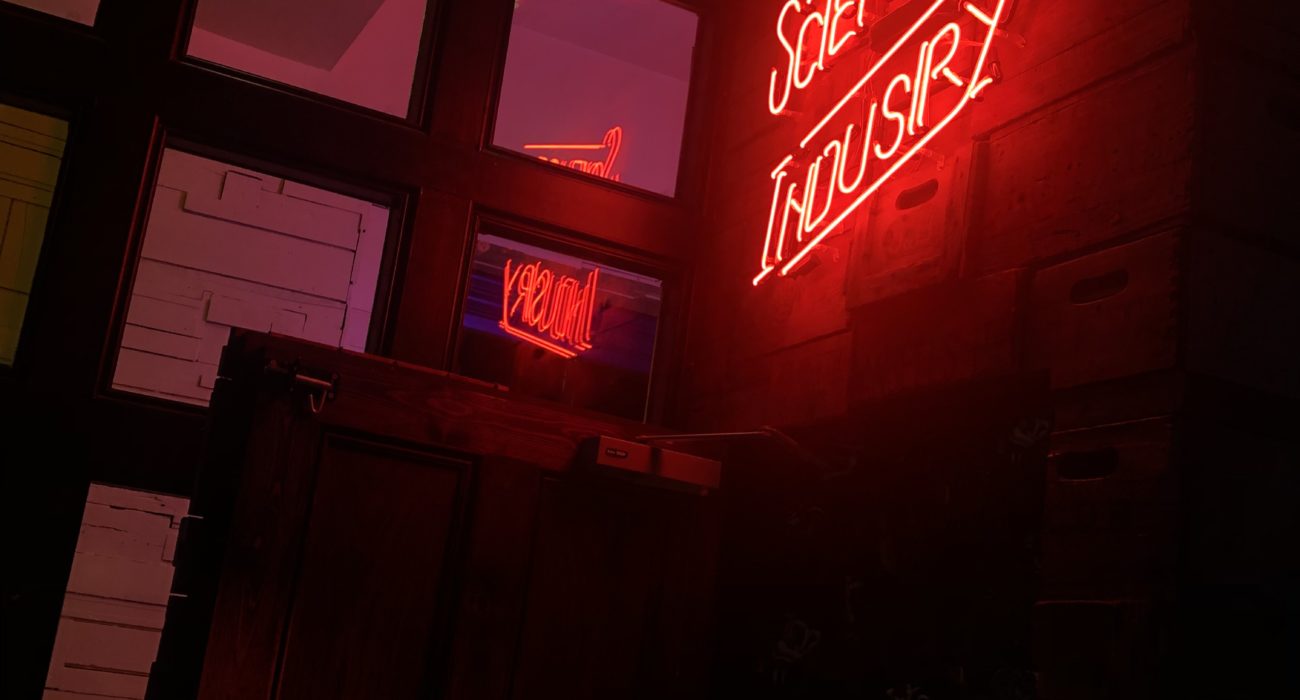 It’s safe to say that the Northern Quarter (NQ) is definitely not short of bars and restaurants. They’re the backbone of the area, which means you have to be especially selective if you want to find something special. One of my favourite things about NQ is its speakeasy bars, until now only for people in the know. The secret bars hide in plain sight, behind invisible doors and with covert codes, as though you’re the only one who knows about them. As they say, knowledge is power.

First up is Science & Industry, a little speakeasy above an NQ classic, Cane and Grain. You truly wouldn’t know this one is there unless you knew it was there: an unsuspecting wall opens to reveal a mysterious staircase leading up to a cosy cocktail bar. This place is about more than just its appearance though. Original cocktails are there to compete with any in the city and if you ask nicely, one of the talented mixologists might rustle you up something special.

Next on the list is Behind Closed Doors. Now this one isn’t for the faint of heart, with retro erotica as part of the aesthetic, and soul and funk at the very centre of everything. Nestled away on Oldham Street, BCD describe themselves as a “debauched cocktail bar”. Showcasing all things vintage, each table has its own private phone line connecting you either to the bar or another table. The cocktails go down far too smoothly. From frozen fruitiness to creamy concoctions, you can barely taste the alcohol.

Junior Jackson is another relatively new dive bar tucked away on Oldham Street next to Lost Cat, a bar hidden behind a wall of plants. The hidden door leads you to the stairs where you’ll find what’s been described as “Bunny Jackson’s ‘bratty sibling’”. Plastered with posters and graffiti, they play classic jukebox music with something for everyone, from rock- to soul- to country. You’re guaranteed a good time with the loud music and movies playing in the background- it’s nothing short of hectic!

Of course, the Washhouse deserves a mention. This infamous bar is hidden behind what appears to be a laundrette. Whilst none of the machines work, (unlike Domino, a little jazz dive bar hidden under a functioning barbershop in Leeds) once you’ve picked up the phone, you can disappear through the dryer into a cocktail haven. This one requires a bit of planning ahead as it’s now bookings only, (thanks COVID!) but it’s well worth the hassle. Their slightly bizarre, yet very inventive cocktails are all kinds of creative. From cocktails presented as bowls of cereal to ones flavoured like pickle, they really do seem to have it all.

Last on the list is potentially Manchester’s best-kept secret: Sherlock’s, a bartender’s sanctuary. This one is potentially the most exclusive on the list, as the catch is that it’s an industry-only bar. You need a payslip, or to know someone who knows someone who could get you in. Sherlock’s is the epitome of a speakeasy, hidden behind a pin code locked wall underneath another well known NQ bar. Go below and a dark dingy bar appears, equipped with low lighting and a pool table where you’ll find the bartenders of Manchester blowing off steam.