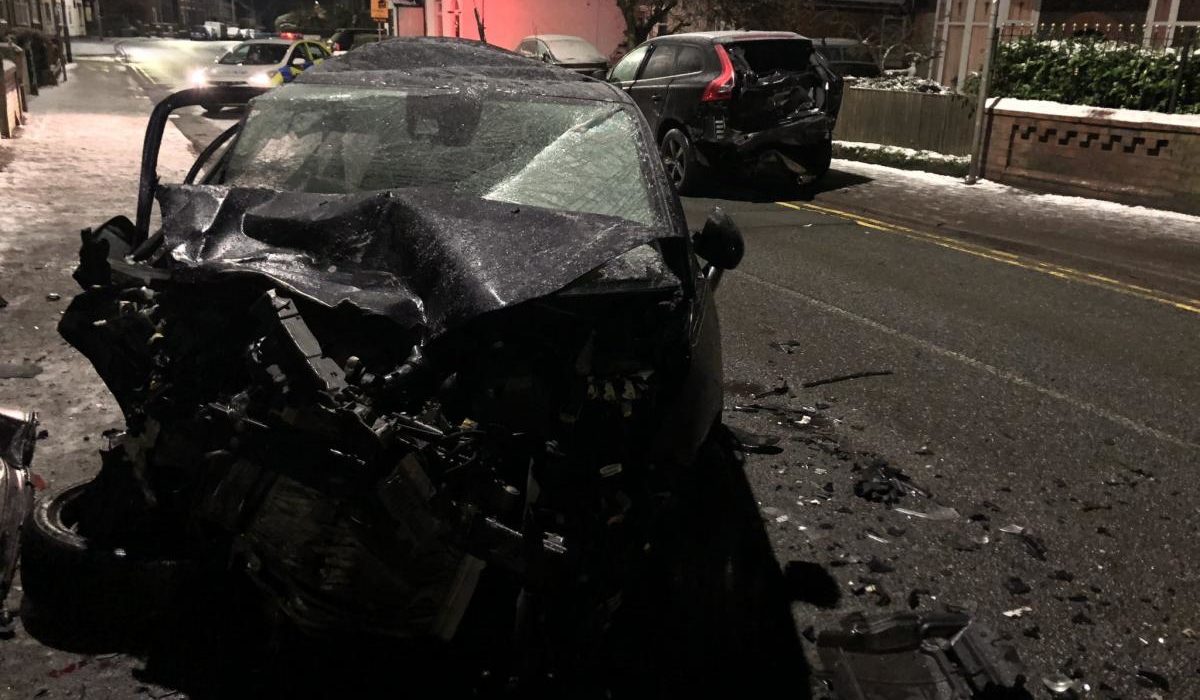 Refusing to invite reasoning or explanation, Titane is intent on twisting your expectations. Boldly forcing audiences to just accept and experience its twisted world in full force, the film intertwines beauty with shocking brutality.

Winner of the Palme d’Or at this year’s Cannes film festival, Julia Ducournau’s Titane is on the radar of all film fans. As a huge admirer of Raw (2016), Ducournau’s debut coming-of-age horror, Titane was already one of the most anticipated films of the year with its success at Cannes simply fuelling expectations.

A childhood car accident leaves Alexia (Agathe Rousselle) with severe damage to her skull. Rushed to hospital, a titanium plate is placed into her head as life saving treatment. However, the plate has unfounded effects as she experiences a strange change in mental state and develops a new adoration for… cars.

Discharged from hospital, she brushes off her parents and heads across the car park to lovingly embrace the very car that almost killed her, as if reuniting with a dear friend. Going into Titane not knowing anything about it to then experience this opening scene instantly put a smile on my face. It is set up so that audiences honestly have no clue where this story could possibly go.

It should be made clear that I, like most others, am not a stranger to violence in film, nor does it often shock me. However, the first act of Titane had me lost for words, overwhelmed by tension, and wondering how much more I could take. The opening car crash truly set the tone for the rest of the film; violent and grotesque, but something you cannot tear your eyes from.

The gigantic screen and intensely realistic sound design left no escape from the egregious carnage that unfolds. At points, I admit, I had to look away. Ducournau does not shy away from being explicit, totally immersing the audience in a body-horror nightmare. She takes you through excruciating scenes of bizarre body transformations and mutilations that will make you wince, squirm, and even laugh in disbelief (because if you don’t laugh, you might cry).

After a ruthless first act, Titane eventually switches lanes and transforms into a more tender story that is ultimately about love. Ducournau stated that her vision for the film was for it to depict a story of unconditional love that goes beyond the familial or romantic. As Titane hits the brakes and slows its pace, Ducournau’s vision becomes clearer. This change allows it to dive into a journey between two lost souls coming together in the most absurd but fascinating circumstances.

Titane is a multifaceted film, exploring themes of grief, toxic masculinity, familial relationships, and gender identity. Ducournau weaves these themes together beautifully and develops a nuanced narrative that begs to be studied, exhibiting her talent as a writer, and establishing herself as an important contemporary filmmaker.

Brilliantly shot, the film’s visual storytelling is as impactful as its narrative. One standout moment is a dance scene, filmed in one flawless shot. First-time actress Agathe Rousselle also gives one of the most powerful and compelling performances that had me thinking about the film for days.

Although it didn’t hit me on such a personal level as Raw did, Titane left me amazed and unbelievably excited for Ducournau’s future features. Watching it on the big screen reminded me of what we lacked over lockdown so I wholeheartedly urge you to go and see it in theatres, that is, if you think you can stomach it!