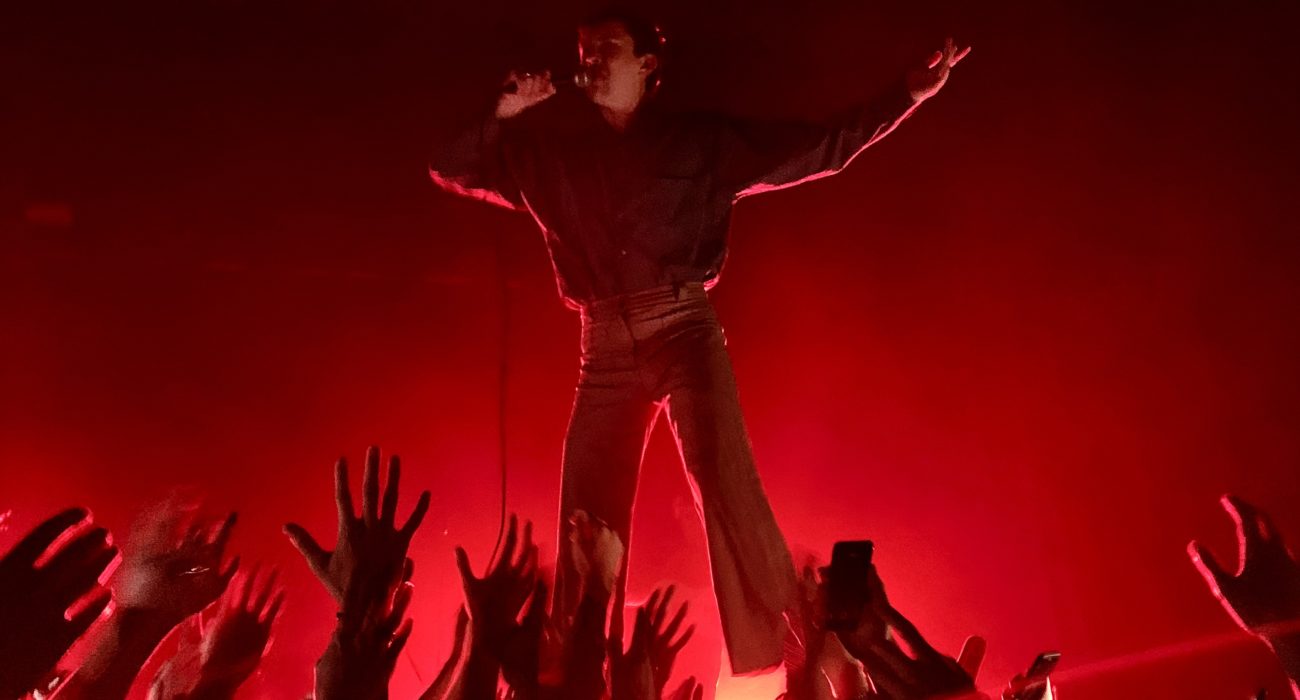 After waiting throughout the entire pandemic to see them, and following the release of their second album Drunk Tank Pink, I finally got to experience shame at Wide Awake festival in Brockwell Park, Brixton in September 2021. It was a brilliant day, filled with incredible talent (and mullets and hoop earrings). Many indie and underground artists from around the immediate South London area played too.

shame were, however, undoubtedly the highlight for me, and undeniably for many others too. Touring the US in 2022, and releasing a new single earlier this month, ‘This Side of the Sun’ indicates there is far more to see from them. Only in their early twenties, shame are still early in their career and will continue to stretch even further.

The post-punk revival genre has gained a lot of traction in the last decade, arguably following the wave of indie-rock – and further to that, landfill indie – in the noughties. The ‘Post Punk 2k’ playlist on Spotify, with 209,000 followers, or ‘Melomania’ with 28,000 followers, proves the hold this genre has over many, including myself.

The left-field genre not only essentially revives heavier guitar music, but incorporates many other genres such as techno, jazz, and electro-pop. Bands garnering popularity in this genre will arguably be remembered for years to come. Their albums will continue to be held in high esteem. Bands such as shame, Fontaines D.C., IDLES, Squid, Dry Cleaning, Sports Team, black midi, and many more have helped to widen the genre. At concerts and festivals, you see not only middle aged men who are perhaps more experienced with the rock scene, but also teenage girls who are only just discovering the scene.

Genre-crossing artist Sam Akpro was first support. Garage-rock band THE GOA EXPRESS were second on. Both bands were dressed head-to-toe in consistently neutral fitted clothes, much like shame themselves. The influence of Britpop, alternative and garage in their music manifests the versatility of the genre. shame garner applause for them in the middle of the show, and it is clear that they consider them friends and truly value their music.

Disco beats and strobe lights preceded the concert, getting the crowd hyped up for their fast-paced album opener ‘Alphabet’. The foam fingers they were selling as merch were widespread in the crowd. Even their new single, only a few weeks old, had a hold on everyone. It also warmed me to the single which initially didn’t really pick up my attention. The crowd was ferocious and I didn’t really go in the pit, although in hindsight now I wish I did. shame are the type of band whose audience know how to move.

“I hope that you’re hearing me”

The intensity and raucousness of some of their set really does establish them as a punk band, wreaking havoc around the stage. Frontman Charlie Steen climbed around the stage and balanced on the crowd in a move equal parts weird and impressive. However, they balance this nicely with what is at the band’s core: feisty guitar music. You can hear influences of Parquet Courts and Talking Heads. By the halfway point, Steen’s shirt was off and he was swinging the mic stand around. Multiple times throughout the concert he would gesture to the crowd to open up a mosh pit. This was particularly memorable during ‘Concrete’. Steen signalled to the crowd for the audience to open the circling pit repeating “I hope that you’re hearing me“.

A standout track for me was ‘The Lick’. It’s a wry and introspective narrative, and like in Brockwell Park, Steen recites it like a story. Steen rants to us directly about mundane societal demands. Maybe I am biased because it’s a highlight of their debut for me, but I absolutely love the way they perform it, and how the crowd just unleashes at the end. Songs from their new album are easily a hit too, such as ‘Water in the Well’ and ‘March Day’. The thumping drum, a characteristic of their new album, easily excited the crowd.

The afterparty at YES

Post-gig I went to YES, just down the road from the Ritz, to continue (and ultimately finish) the night. One pint down and lo and behold, members of THE GOA EXPRESS are sitting at the table next to us on the terrace, and Charlie Steen and Sam Akpro follow suit. After asking Steen if he enjoyed the gig, grabbing a quick photo, and a firm handshake, it was time to go home. As per every good gig, my ears were ringing, I was full of adrenaline and I had shame’s discography on shuffle, every song sounding just as good as I had heard it just two hours before.