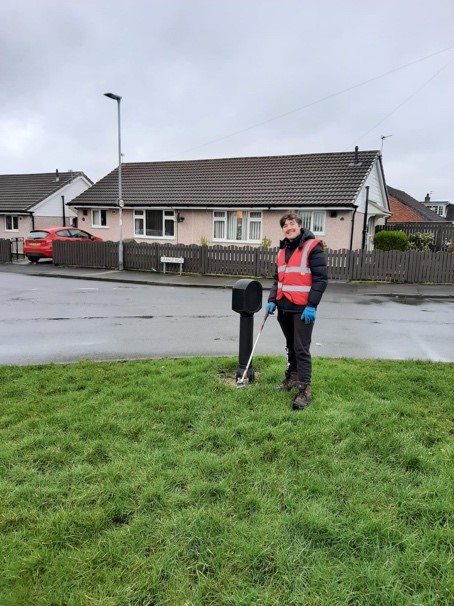 Our generation are so often demonised as ignorant, apolitical snowflakes, while all we’ve ever known is economic decline, climate collapse, austerity, and political turmoil, not to mention a global pandemic.

The chronic underrepresentation of young people in the political sphere – from national policy to local council personnel – is so discouraging, it’s no wonder that many young people are so completely disillusioned with the establishment.

Not all are, though.

Meet Sam Flemming, who you might have sat next to in a lecture hall, or walked past in the SU. Sam is a second year Politics and International Relations student here at the University of Manchester, but at the age of 19 became Labour Councillor for Bryn, Wigan, after securing a victory at the end of November 2021. 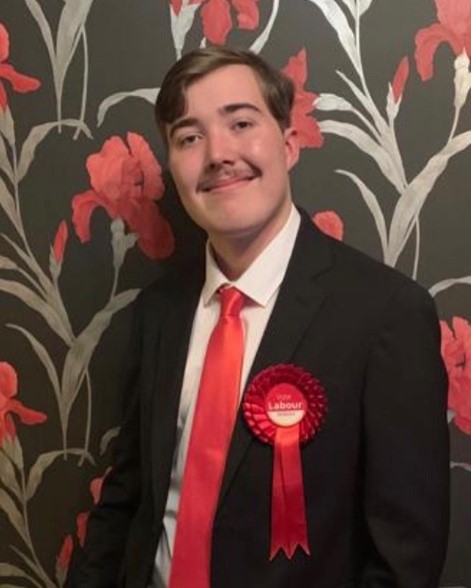 The main inspiration behind Sam’s campaign was his determination to change the current state of youth under-representation in politics. Rather than wallow in anger at this woeful state of affairs, he decided to do something about it.

He rejects the notion that young people have insufficient “life experience or work experience to be good representatives”, saying that his is “simply different life experience”, by no means less valuable to that of his older peers. He provides a fresh perspective, one keenly interested in the long-term future, when it comes to decision making.

Perhaps unexpectedly given the portrayal of young people in the media, Sam says he met with very positive feedback from constituents while running – in fact most of the people he canvassed seemed “very happy a young person was running”, and he said that colleagues have been “very helpful and have given advice and support when I needed it”.

As if his victory weren’t an impressive enough feat on its own, Sam balances his day-to-day duties as a councillor with his equally busy student life. When he is not busy attending lectures or working on assignments, he is responding to the concerns of his constituents.

This involves venturing out in the community so he can identify issues and bring them up with the relevant council department.  These issues can include anything and everything from “getting a new tree planted to replace a dead one, having fly-tipping cleaned up by the council, having a bus stop repaired, getting dog fouling cleaned up and signs put down to try and deter it in future”.

And of course he attends council meetings to vote on all Wigan-wide issues, not only eagerly listening to but questioning the cabinet.

He is also on two scrutiny committees where he argues for resources for his ward, always doing his best to hold leaders accountable. These are the Confident Council Scrutiny Committee, which is concerned with budgetary decisions taken by the local cabinet, and the Confident Places Scrutiny Committee, which deals with “a range of different issues including local transport links, the environment, local economy, and more”.

Despite him “only being in office for about 3 months “and admitting what he’s “been able to accomplish has been rather limited”, he is already making a real difference to his local environment.

He is “very proud of the frequent litter picks [he is] now arranging and taking part in” alongside other party members and local residents. He has also “delivered approximately £2,000 in funding to local community groups”.

Sam believes improving people’s daily lives is “politics at its best”, and is his primary goal as a local councillor.  It is clear he is not afraid to get stuck in to achieve this, not just voting in the Council Chamber but working closely with his community on the ground.

This comes at a personal cost though. Like most of us, Sam missed out on a vital part of the student experience, as the pandemic prevented him from moving to Manchester. But now as lessons are back in person and things are moving back to normal, Sam’s dedication to being a councillor means he is still missing out on the full student experience.

Sam has said that “it is difficult balancing council work and studies but [he has] managed it so far without issue [because] a lot of stuff for both can be done online and that makes things considerably easier than they otherwise would be”.

When asked for some advice for young people looking to break into politics, he said that running “really isn’t as daunting as it seems, and there is always help when you need it”, be it from party or peers.

The process of becoming a councillor began by Sam being interviewed by a panel of Labour councillors, who then approved him and added him to a list of potential candidates. He then was invited to give a speech and was subsequently selected as the candidate for the upcoming election.

All in all, while undoubtedly unnerving, it is a simpler process than you’d initially assume. And not to detract from Sam’s achievement, but hopefully his experience goes to show success of youth in politics is not as unattainable as it seems.

This achievement is by no means the end of Sam’s political career. When I asked, he shared plans of delving further in the political world, with intentions of running as an MP and when asked, didn’t deny even loftier aspirations of becoming PM one day.

Whatever your political affiliation, Sam is undoubtedly a pioneer for young voices in politics, an inspiration, reaffirming faith in the system and I for one am looking forward to following his political career. And I am keeping my fingers crossed that one day we will have a Manchester alumnus as head of state…

Sam serves as a reminder that no matter the barriers and frustrations young people face when trying to make our voices heard in politics, it’s by no means an impossibility. I hope his experience can help reinstate some faith in the political process and encourage others to take up the mantle, whatever the party, and get involved – maybe not run for office like Sam but certainly to become more involved in day-to-day politics.

Even if politics really isn’t for you, getting involved in local community projects is a great first step. From litter picking to holding members of parliament accountable, Sam is a testament to the fact that even the smallest things can make a difference.

You can find Sam on Twitter @SamFlemming5 or check out his profile on the Wigan Council website. 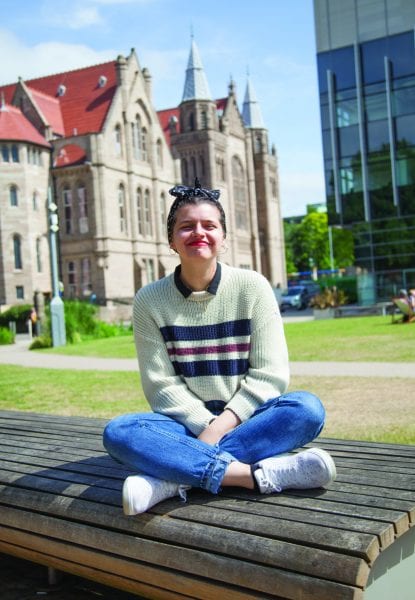