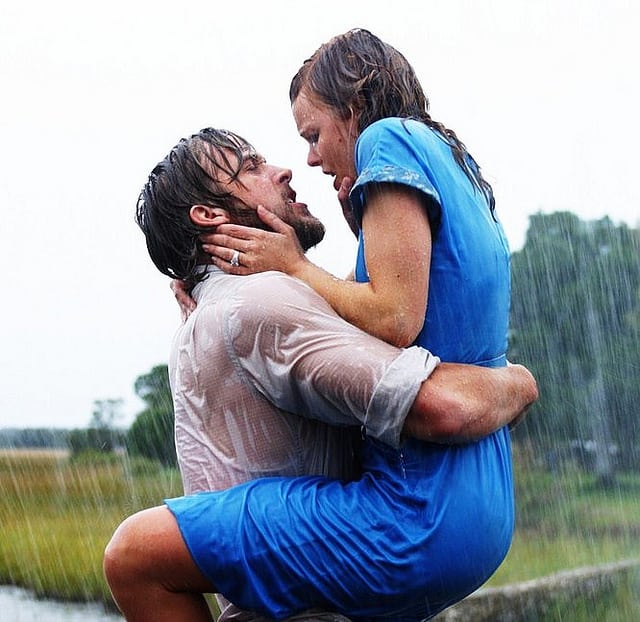 3) The Time Traveller’s Wife – With just enough sci-fi jargon to interest even the surliest of males, (chrono-displacement anyone?), this adaptation of Audrey Niffenegger’s hit novel is tear-inducing brilliance at it’s best.

4) A Walk to Remember – The schools badass falls for sweet little good-girl Jamie. If that wasn’t enough of a story for you, she’s also kind-of dying. Nick Sparks just loves his emotional deaths.

5) The Notebook – Nicholas Sparks continues on his mission to reduce every woman into a sobbing, Ben and Jerry’s – eating mess on the sofa, with the heartbreaking story of Noah and Allie. Not so popular with the guys but I’m sure the promise of Rachael McAdams in her bathing suit could be used to persuade most red-blooded males to give it a go.