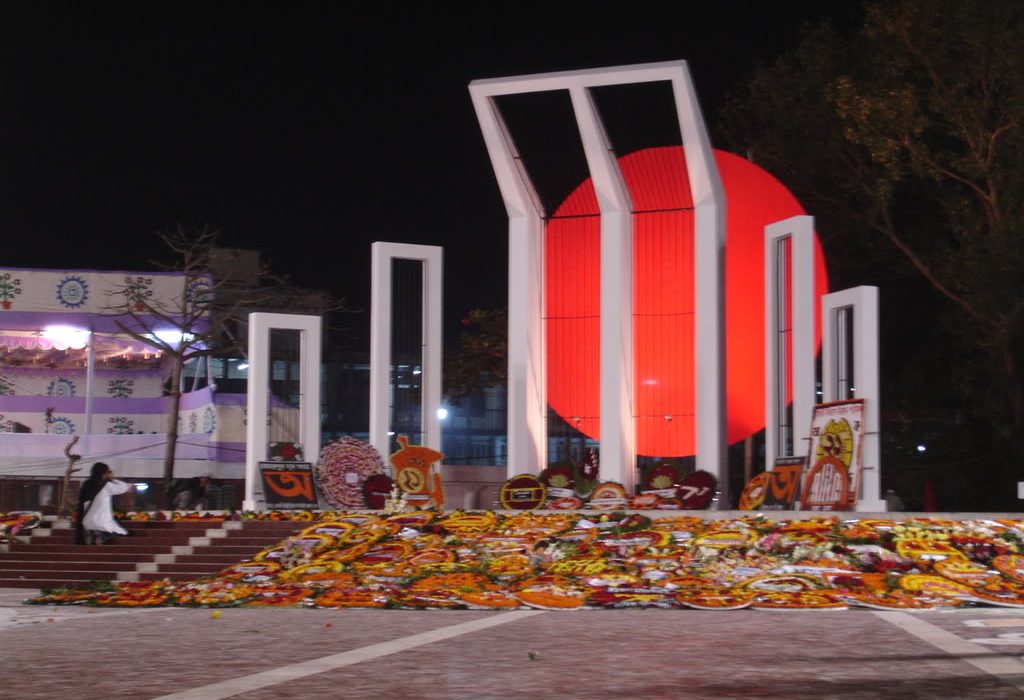 Bangladesh Students’ Society (BSS) at the University of Manchester is one of the biggest Bangladeshi student bodies in the UK. The society is dedicated to the welfare of Bangladeshi students in order to enhance the cultural spirit. It is active in promoting Bangladeshi cultural heritage in the UK and building cultural bridges by welcoming participation of students of other cultural or national backgrounds.

The Bangladesh Students Society will be observing the International Mother Language Day (IMLD) and Martyr’s Day of Bangladesh on 21st February 2011 at 4pm in UMSU, Oxford road. Similarly to last year, there will be a discussion and a small cultural program, followed by a debate competition. The chief guest of the program will be the HE Assistant High Commissioner of the Bangladesh High Commission in the UK. In addition, Jocelyn Wyburd, Executive Director of the Manchester University Language Centre, will be present among the speakers. The speakers will have a discussion on the history and significance of the day along with this year’s UNESCO theme of IMLD which is ‘The information and communication technologies for the safeguarding and promotion of languages and linguistic diversity.’

The BSS event will start with placing garland in front of Shaheed Minar (a replica of the original memorial in Dhaka) that symbolizes the day. Throughout the day Bangladeshi students will be wearing a badge to commemorate the Martyr’s day. Later in the event, the cultural part will include a stage drama, a recitation of poem and a language oriented competition involving the audience. The debate competition will be on the topic ‘‘Recognizing Indigenous languages and considering use of major indigenous languages along with the mainstream language’’. The event will conclude with light refreshments.

At present, BSS is one of the most vibrant societies. This year society’s activities involved Fresher’s receptions in which the new logo of the society was unveiled, PS3 FIFA 2010 tournament, Eid get together (bring & share food), Celebration of Victory day of Bangladesh in which the new website (http://www.umsu.manchester.ac.uk/bss/) was opened. Upcoming events are Cricket tournament with other societies, annual publication (Trimatra), Photography competition, Day trip & BBQ and end of the year celebration. The society also participated in Barnardo’s food festival for fundraising and will involve in Global week and Manchester RAG week. The dynamism of BSS activities with sincere participation of its members led to the achievement of Silver award from UMSU.

To give a little background to the International Language day and Martyrs’ Day, in the General Conference of UNESCO in November 1999, The International Mother Language Day was announced. It has been observed yearly since February 2000 to promote linguistic and cultural diversity and multilingualism. It originated as the international recognition of Language Movement Day or Language Martyrs Day which is a national day of Bangladesh to honour sacrifices to protect Bengali as a national language during the Pakistani regime in 1952. Protesters were killed by police on 21st February, 1952 during a procession against a Pakistan government’s decision of establishing Urdu (a minority language) as national language. Following the incident the movement spread to the entire province and afterwards the government relented and declared Bangla (Bengali) equal status as a national language. This movement is thought to have sown the seed of the movement for the independence that resulted in the liberation of Bangladesh in 1971.

If you’d like to get involved with the Bangladeshi Students’ Society, or would like to find out more about the IMLD event please contact [email protected] or find the event at www.facebook.com/event.php?eid=177115912333208.