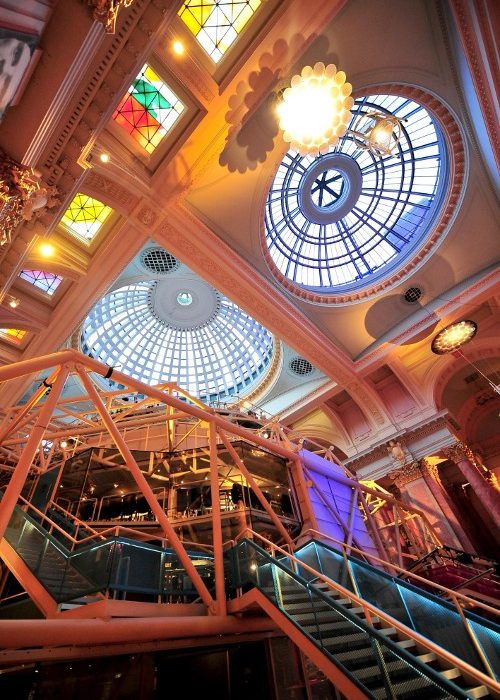 Manchester can make an honest claim to be the theatre capital of the North of England and as a student you are in a great opportunity to take advantage of this. From fantastic new writing to sell-out musicals, Manchester’s theatre scene is flourishing. Here is a very short guide to what is on offer.

A short tram ride from St. Peter’s Square will take you to Salford Quays and the fantastic Lowry Arts Centre. Just over ten years old, The Lowry hosts a great mix of original and touring productions. The Lowry has the large Lyric and Quays theatres that have hosted everything from Carmen with Opera North to King Lear with the Donmar Warehouse; they also have a studio space for new writing. Ticket prices at The Lowry do vary greatly depending on what you are going to see, although student discounts are almost always available and tickets for the studio are only five pounds.

Had enough of Beckett and Brecht? Want to see Jason Donovan belt out The Sound of Music? Well, you are in luck. The Palace Theatre and Opera House Manchester are part of the huge Ambassador Theatre Group and host touring productions of blockbuster musicals such as Mamma Mia and We Will Rock You, recent West End and Broadway hits such as Sister Act and Legally Blonde, as well as the English National Ballet and Elvis impersonators. Tickets for the big productions can be pricy and it is advisable to book early to get the cheap seats.

Manchester’s Universities are also a great place to experience quality theatre, and you don’t even have to leave Oxford Road. The University of Manchester Drama Society, Manchester Metropolitan School of Theatre and the Universities of Manchester Gilbert and Sullivan Society are all active in producing theatre for students and the wider public.

Also for those of you who are reluctant to leave Oxford Road, there is also National Theatre Live. This recent innovation means that instead of having to traipse all the way to London to see the National Theatre’s latest hits, all you have to do is drag yourself to the Cornerhouse Cinema and watch them transmitted live on one of their screens. All for not much more than the price of a cinema ticket.

Further a field but still within an hour’s train journey of Manchester there are a host of well-regarded theatres such as the West Yorkshire Playhouse in Leeds, the Sheffield Crucible and, once it has been refitted, the Liverpool Everyman. All worth checking out if you get a chance.

Put simply, Manchester is a great theatre city for students. You can see a range of high-quality theatre, within a short distance and at very reasonable prices.