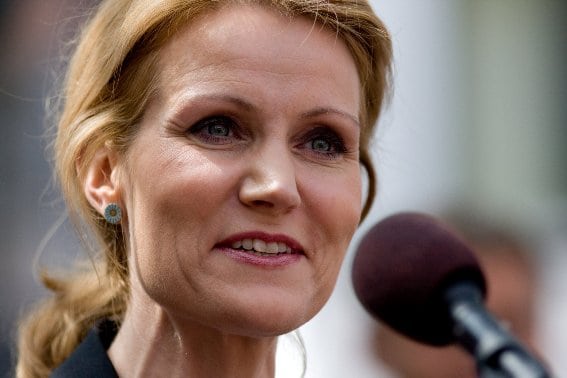 The Thatcher effect – an unsuccessful quest for political dominance?

Once, they called her ‘Gucci Helle’ – relentlessly mocked for her effortlessly stylish approach to Parliament and her choice of high-end fashion wares. Now the cynics come, their thirst for a new epoch in Danish political history unsatisfied and unrelenting, pleading with her to embrace a new direction in domestic affairs.

Helle Thorning-Schmidt is not alone in having proved the doubters wrong and taken up the mantle of an innovative woman who has managed to ascend to the highest levels of political approval, but she is an impressive addition to a burgeoning list. Across Europe and the particularly in the United States, we have seen increasing numbers of women participating in politics at the highest level in recent years.

Many will shudder at the thought of Sarah Palin and her radical Tea Party supporters rising to greater prominence, but the increasing column inches reserved for female politicians is undoubtedly becoming a fashionable alternative to dreary commentaries on cuts and taxation. In Germany, for example, Chancellor Angela Merkel has been praised for standing firm on the economy, the EU and nuclear power, proving herself to be the dominant political figure in mainland Europe rather than (as Labour MP Caroline Flint famously described her role in the Brown government) “female window dressing”.

We are unable to ascertain the long term effects of an increasing female presence in global politics due to an unfortunate lack of historical precedent. Until recently, the world arena has never paid witness to so many prominent, knowledgeable, strong female politicians and, quite frankly, commentators are at a loss when it comes to forecasting the ramifications of increasing female influence.

Commentators aside, the rise of women in politics has clearly affected ordinary citizens on a personal level. A Danish friend of mine explained to me that the election of Thorning-Schmidt has inspired hope and excitement across Denmark.  “History has truly now been made,” she beamed. “I could not be happier with the result.”

But why has the female politician suddenly (or perhaps gradually, since the rise and fall of Mrs Thatcher) been propelled to the forefront of global politics? Dealing with everyday prejudices was of key concern, and prominent political women in the UK, such as Diane Abbott, have often highlighted the female struggle. Policy changes in this country, such as the advent of all-female shortlists, have certainly coaxed many constituencies and local authorities into a position where any form of male competition is deliberately eliminated. Furthermore, it is possible that changing societal attitudes over time and a clearer elucidation of the position of women in all realms of life have ensured that the very idea of a female politician is now more appetising.

Yet despite a clutch of influential women sitting at the top of political power in Europe and the US, the involvement of women in politics overall has barely improved. If we examine, as we should, the global population as one comprised of 192 countries, rather than considering a mere handful of Western liberal democracies, direct political participation by women remains alarmingly low.

Whilst many have sought to remedy inequality by highlighting such examples as Merkel, Thorning-Schmidt and Palin as individuals who signify improving female emancipation, we must deconstruct at all levels. The fundamental facts remain shocking; as of 2010, the percentage of female MPs in Westminster still stands at just 22% – hardly a figure that portrays a genuine sense of gender equality.

The remarkable thing about many of the influential women we see in the media is that, in approving of legislation which is in some respects radical, they innovatively seek to give a voice to alternative viewpoints than those otherwise on offer from their male counterparts. Republican presidential candidate Michelle Bachman scored brownie points with the American right for being the female voice of certain viewpoints (she is against greater rights for gay people, pro-firearms and vehemently pro-life) which we in the British media might regard as extreme. If we cross reference Bachmann’s career with that of Hillary Clinton, a far more ‘mainstream’ fugure in US political terms, it might be easy to surmise that such a breadth of opinion across the political spectrum does, to some extent, give greater exposure to female politicians.

Herein, perhaps, lies the heart of the matter. The media do recognise the passion and vitality of some female candidates, but in many respects they fail to do so on a scale that is any way useful or represents longevity for the feminine campaign. Rather than seeking to promote female politicians in a way that recognises their intellect and capability, for the most part (as in the case of Thorning-Schmidt) a male-dominated media seeks to trivialise the female politician, thus nullifying the position of women in politics so as to make them seem inconsequential.

The unfortunate result of this for global politics, and for the female cause, is that detractors have often resorted to reprehensibly using women as tokens or gimmicks, pawns in a wider game of metaphorical chess.  Unfortunately, those politicians considered ‘more attractive’ have often had far more column inches in daily rags devoted to their sexuality, in some kind of antediluvian connotation of servitude. To some degree, to pat a woman on the head merely for having an opinion and making politics their career of choice remains a palatable notion for many.

Despite steadily growing numbers of female politicians stealing, clawing, dragging themselves into the limelight, the position of women in politics at a lower level – the most important level – is still in marked decline.  As long as this charade of equating physical appearance to substantial politics continues, we can be safe in the knowledge that any attempt to involve more women in politics will reside at the depths of antiquated attitudes.