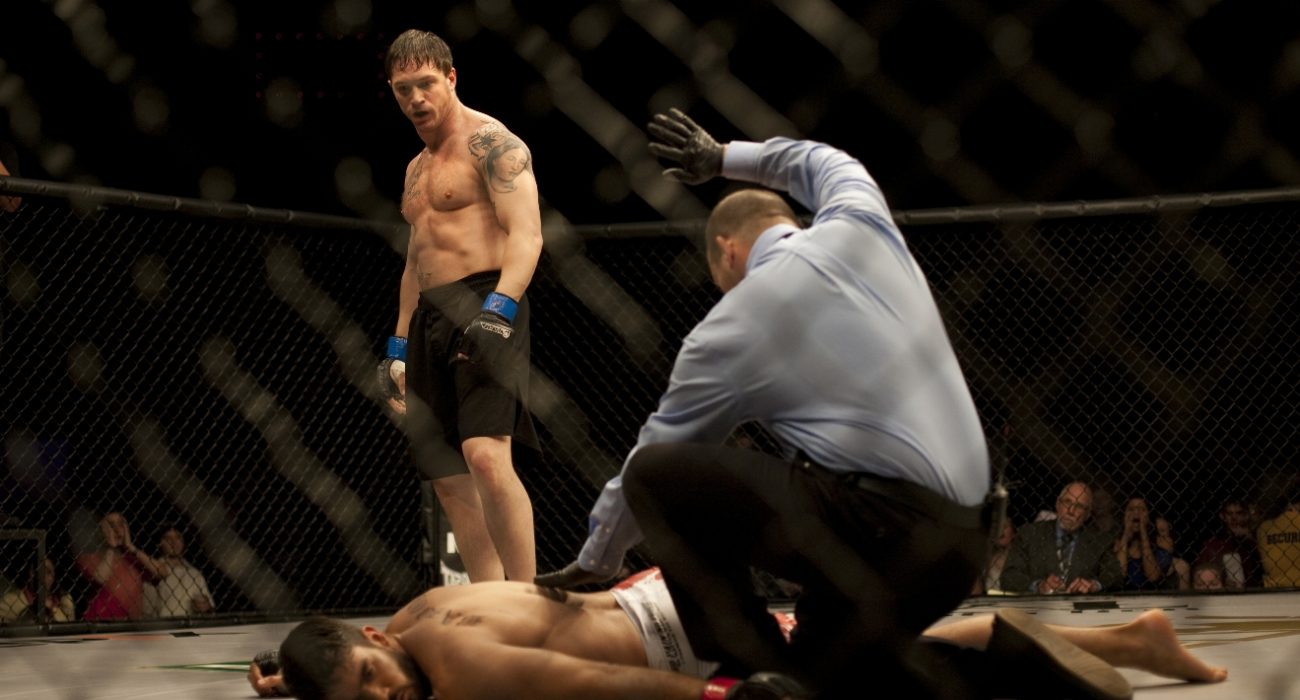 Two grown men in a cage beating seven shades of shit out of each other. This is by no means the only thing that Warrior has to offer, but is probably the reason why many people will go to watch this film – and those people will not be disappointed. Tom Hardy and Joel Edgerton play the estranged brothers that enter an MMA (that’s Mixed Martial Arts for anyone as clueless as I was before entering the cinema to see this film) competition with the biggest prize money in the history of the sport, although for very different reasons. The hard-as-nails promotional poster you see plastered on buses and billboards make it look like another mindless fight film, but the depth of emotion that ran throughout the story lets it develop into a compelling and multi-layered drama. Hard to say that without sounding like a dick. The film’s strong plot is complemented by some incredible performances. There are some really quite moving scenes between Edgerton and Hardy rejecting the apologies of their freshly sober father (Nick Nolte) that might take anyone who is in the cinema just to see the fights by surprise. So don’t say I didn’t warn you when you let out an embarrassing little sniffle or sob in the silent cinema.

All the soppy crap aside – the fights are fookin’ incredible! Hardy apparently gained 28 pounds of muscle for the part, which explains why he looks like a Killer Whale that’s been on steroids for a year in the film. His character in the film rips the door off a tank and knocks a bunch of people out with the singular ‘wonder-bang’. Edgerton on the other hand gets beating after beating and then somehow manages to get his opponents in holds that look like he is folding them up ready to package in IKEA.

Warrior will do for MMA what Ong Bak did for Muay Thai. The fights are sensational and the details of the training and ringside instructions leave the viewer feeling included and not isolated by the technicalities of something they don’t understand. Whilst the story line as far as the competition and Edgerton’s ‘family-man-on-hard-times-coming-out-of-retirement-to-feed-his-family’ thing are standard and predictable, the skill in the filming for building suspense and creating compassion for the brothers makes the predictability fade next to everything that makes this film so good.