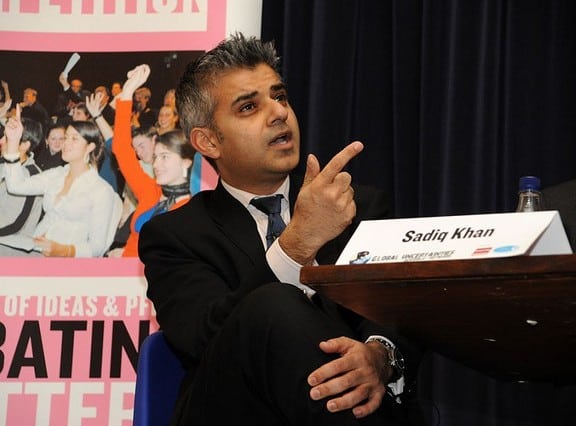 In a week where Ed Miliband’s keynote conference speech was met with decidedly mixed reviews, and opinion polls saw the Conservatives regain the lead for the first time in a year, one might have expected Shadow Justice Minister Sadiq Khan to have been somewhat subdued on his visit to the University of Manchester Students’ Union last week. He was, however, defiant. “I’m only interested in two polls – the one last May, and the one in 2015.”

Khan took to the stage with the kind of steadfast optimism that was distinctly lacking in the run-up to the party’s autumn conference in Liverpool. Despite his cheerful disposition, the Labour Party is undoubtedly at an ideological crossroads which will shape Ed Miliband’s leadership. Faced with the possibility of his party “never being forgiven” (according to Unison General Secretary Dave Prentis) by union members if they fail to back the planned pension strikes in November, or the risk of alienating the Blairite wing within his party – and a considerable number of potential voters – if he does back the strikes, the fledgling leader looks set for a defining chapter in his political career.

In response to a question from The Mancunion, Khan – a key ally of the younger Miliband brother having run his successful leadership campaign – was clear that any strike action would represent “a failure on both sides”, particularly whilst negations are ongoing. The same response attracted chants of “shame” during Miliband’s speech at the Trade Union Congress in September.

Khan’s refusal to be drawn on the issue of union dissent demonstrated a more considered approach to policy making, as part of the party’s new three year policy review; indeed, Ed Balls has forbidden all members of the Shadow Cabinet from making pre-election promises. Our visitor was clear that the party could not afford to “over-promise and under-deliver… because then the public won’t believe us.” Yet critics fear that without any firm policies in place, Labour will struggle to communicate their new ideas to the electorate as they seek to regain voters lost between 1997 and 2010.

It has been widely suggested that Labour’s first year or so in opposition has been marred by an atmosphere of apology which has prevented the party from making significant gains on the Tories, even considering the gargantuan scale of planned spending cuts. Much of this criticism has been levelled at Miliband – both in the national press and, perhaps more worryingly, from his own supporters, many of whom feel the party should be doing more to propose an alternative to the coalition’s budgetary agenda. Whilst Khan was keen to emphasise the importance of “getting back in the game” he explained that Labour now have to “earn permission to be heard” and believes that Ed “apologised for the right things” at the recent conference.

Despite the gloomy outlook, Labour HQ feels that this new attitude to opposition shows a more reflective and measured side to the party, something which was lacking in Gordon Brown’s administration. Khan himself was quick to denounce “cheap party politics,” and welcomed a return to “a more phased approach to policy making.” With current forecasts suggesting that the Coalition are likely to serve a full five-year term, the party has time on its side but cannot afford to rush this vital transitional period.

In response to a seemingly unconvinced questioner, Khan argued, “I always support Ed’s ideas” – merely hinting at irony in his tone. However, Miliband has come under excessive criticism of late. After only a year at the helm and with little in the way of a tangible policy programme, the leader could hardly be said to look Prime Ministerial, despite seizing minor victories on issues such as the phone hacking scandal.

The political rumour mill does, however, provide the Labour faithful with several glimmers of hope – including suggestions that former Blair ally Lord Falconer, ex-Shadow Chancellor Alan Johnson and Ed’s brother (and defeated leadership rival) David Miliband could all make swift returns to frontline politics. If such political heavyweights do get behind Miliband, we may see a far stronger Shadow Cabinet taking on the Coalition come 2015.

Since the close of polls last May, Labour has increased its membership substantially by over 60,000 people. A third of these members are under 25, and Khan stresses that these figures support his claim that “Labour can win in 2015.”

But can Labour really bounce back? Let us not forget – the party was embarrassed in 2010, and it will take a unifying leader to reassert Labour’s status as a natural party of Government. Blairite-Brownite divisions still run deeply within the party, and Labour must solve its internal problems and unify the backbenches before they can fully focus on converting a still sceptical electorate.

With well over three years to go until the proposed 2015 election, Labour is certainly in no hurry. But the way in which Miliband & Co. handle the ‘union problem’ over the next few weeks will be a vital litmus test for their long term ambitions.