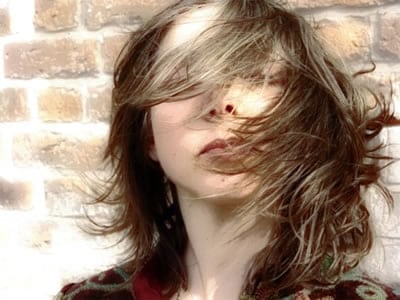 Three out of five stars

Conor McKee’s ‘Thrasher’ seemed even from the foyer to be fit the Royal Exchange Studio’s image of being slightly ‘younger’, and edgier than what one might expect to find in its theatre space. The woman queuing in front of me at the box office certainly seemed to think so; she looked relieved on behalf of my friend when he was told there were no more tickets available. ‘Thrasher’ had sold out to a very specific audience, the type that does not need to ‘enjoy’ a play as long as they get to discuss it afterwards. With this in mind, ‘Thrasher’ certainly delivered what it promised: a challenging play, available to be discussed with cast, writer and directors after the show. I admire the idea of the Exchange to engage with an inquisitive audience, and ‘Thrasher’ did provide plenty of discussion, but I cannot help but think that McKee probably wrote it after a very long break-up; it was not the happiest of plays.

‘Thrasher’ was created by McKee out of three short plays written separately, and came together as an interesting look at how people interact within and without their chosen relationships. The original script included 12 characters, as opposed to the six in this production. The smaller cast allowed the audience to grasp the characters’ dependence on their existing situations; although they were unhappy it was clear that they had run out of other options. We follow six characters through one day inManchester, exploring their motives and emotions and how they affect each other. McKee’s script, although rather miserable, did very skilfully set up three or four very believable, relatable relationship dynamics, despite only showing the audience a few hours of the characters’ lives. The question of why each character remained in these relationships was cleverly emphasised by a sparse, uncluttered set that did not physically distinguish between scenes. There was a distinct lack of personality on set which focussed the audience on understanding the actions of each character, and made it visually more understandable that they thought they had cut off any alternative.

The cast itself produced six very clear, convincing characters. The dialogue was very well delivered to make the audience sympathise even with the characters that weren’t very likeable. The dynamic between the six characters, Lee, Jenny, Vic, Colin, Chloe and Frank, presented three who were much easier to blame for the unhappiness onstage, and three who appeared much more passive and victimised. Several monologues allow the audience to understand how each character could have allowed themselves to get to their current situations, but this understanding was rather well challenged by the idea introduced very early on that ‘people don’t change, they just change their rules’. Throughout the performance we are reminded that each of these characters has cut themselves off through the choices they have made; it comes across as quite a frightening prospect that even the ‘victims’ have got themselves into such unhappy situations. In the final scenes of the play it is interesting that the more aggressive characters, both of whom paid another character for sex in previous scenes, end up happy and comfortable together. Although they have perhaps ‘betrayed’ each other the most they are also the most honest, albeit unpleasant, of the characters. While the audience may want Lee and Jenny to be happier together, the final scene- a repeat of the opening scene with a few extra lines added on the end- brings the audience to understand why the decisions each character made throughout the play prevents them from understanding each other.

Set in Manchester in the context of drinking, drugs, office jobs and parties, ‘Thrasher’ makes quite a clear point about communication and motivation in modern life. Throughout the play the most common prop is a mobile phone, and much of the dialogue is made up of ‘half conversations’, often two such conversations happening simultaneously. The actors make these conversations very convincing; fortunately this technique does not at all fall flat and is actually quite effective. One scene set in a call centre shows Vic and Colin struggling to have an argument while they each try to sell life insurance to a string of different customers. Jenny tries to organise appointments for her home massage business while her boyfriend Lee struggles to talk his way out of debt and into jobs next to her. The dynamics of these two relationships are quite cleverly shown to be lacking in communication; the words are there but none of the characters can quite communicate and understand each other like they used to. The remaining two characters, Chloe and Frank, are equally plagued by their phones; Chloe’s mother incessantly calls her about church while Frank ignores messages from a woman asking after him. The presence of these ‘invisible’ voices gives the audience the idea that these characters are running from their identity and the community they have set up for themselves: McKee emphasises the idea that the characters are trapped.

‘Thrasher’ is an unrelenting look at modern life and its relationship with money, age, sex and innocence. Each character is isolated by one aspect, for instance Chloe’s faith in God is unrelenting but she feels as though she doesn’t ‘understand’ anymore, that she is cut off from reality and craves ‘warmth’, by which, it is clear, she means sex. Jenny’s apparent agoraphobia increases her dependence on Lee but also her awareness that he is rarely there for her, while his lies about their financial situation show that he is motivated by money, but also by maintaining their relationship however he can. Throughout the play is communicated a sense of control and of memory, in each scene the use of names is very apparent. Lee will use Jenny’s name to try to establish a personal connection that used to be there, while Vic will use Colin or Chloe’s name as a means to establish her status over them, to control the outcome of the conversation. McKee’s script quite cleverly establishes the habitual relationships of the characters even while turning them on their heads to portray people’s real motivations and priorities.

Despite being a rather unhappy watch, ‘Thrasher’ delivered a positively challenging and brave performance. Luckily this was followed by a very lovely recital on the double bass by composer Michael Cretu, which emphasized the happier outcomes of the final scene.