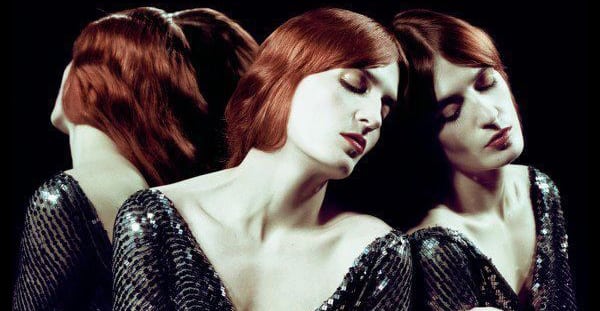 Florence and the Machine - Ceremonials

Album: Florence and the Machine – Ceremonials

The weight of expectation is heavy on any band when it comes to the difficult second album. But for Florence Welsh it must have been heavier than most. The mammoth success of 2009’s Lungs and its seemingly endless string of singles meant that all eyes were on the follow up.

The results are mixed. Florence’s sound has matured between albums. The production is much grander and more ambitious than before. Soaring strings and pounding drums accompany Florence’s trademark vocal style. It’s loud and it will undoubtedly sound huge live. But that almost seems like the point of the album. The songs are built to house the band’s impressive and every larger live show but along the way they lose the intimacy of the earlier material. It almost feels like the album is more reserved in a way. In becoming more confident, the songs lose the nervous emotional intensity that made them so endearing.

That aside, Ceremonials is definitely impressive. ‘What the Water Gave Me’ shows the best of the albums ambition. The references to Greek gods and the death of Virgina Woolf aim at lofty heights but without losing too much heart. With its catchy refrain and that rarest of beasts, a “ooh ooh” section that actually works, the single ‘Shake It Out’ stands alongside any of the other great Machine moments. ‘No Light, No Light’, is probably the only song that manages to truly hit the emotional mark of the first album. But unlike Lungs, lots of the tracks blend together. By confining the album to one sound, even one of epic proportion, the album loses its individuality.

Ceremonials isn’t a disappointment. There are plenty of songs to enjoy and in short bursts it’s very listenable. But having seen the heights hinted at on the first album, I can’t help but feel slightly let down.

Florence and the Machine – Shake It Out

Florence and the Machine – What the Water Gave Me