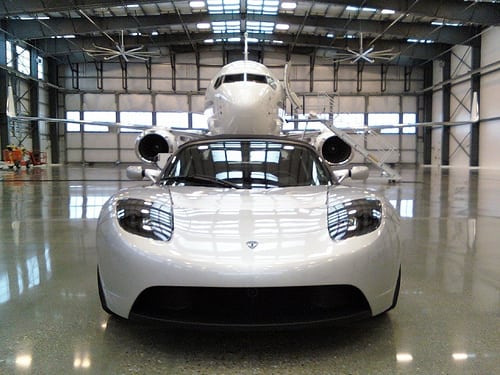 The leviathan of UK industry, one of the world’s largest arms manufacturers, BAE Systems, has set upon creating the world’s fastest electric car through using unique technology. This has potential applications from military hardware to motor racing.

The boldly simple and inspired concept of a ‘structural battery’, in which the power source of a device or vehicle is also employed as its body, is being tested in electric cars and unmanned aerial vehicles. The battery material uses carbon fibre and reduces weight through combining the functions of the device body and power source.

According to Stewart Penney of BAE Systems, this technology is more than what immediate comparisons with simply a battery moulded into an unfamiliar shape suggest: “There are number of people that will build a battery shaped like a beam, for example, but fundamentally that is just an odd-shaped battery, it isn’t a structural battery.”

“The beauty of what we’ve got is that, when it’s fully developed, a company will be able to go out and buy what is a standard carbon-composite material, lay out the shape, put it through the curing process and have a structural battery,” he said.

To achieve such an innovative concept, BAE Systems have “merged battery chemistries into composite materials”.

Their initial incentive for such weight reduction was based in their military endeavours, aiming to reduce the burden of electronic equipment carried by soldiers but they have cited wider futuristic applications from tents with their own power supply to more efficient military drones.

As always the critical problem with battery technology is low power density. Per kilogram battery technology provides far less energy than petrol for example, but BAE Systems have issued their intent to create lithium batteries that can store far more power. With such early promising steps into this ubiquitous power source, successful endeavours to address the key issue with all battery technology – weight – will certainly have widespread applications and preeminent benefits.