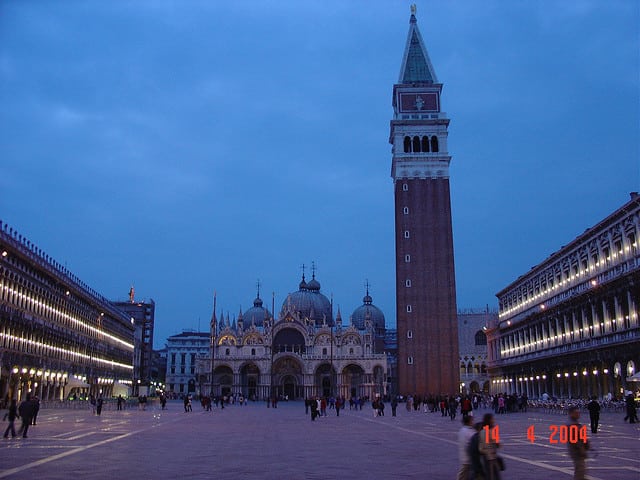 St Mark’s square in Venice will forever be marvelled as the scene of one of the most important moments in science. The place of Galileo’s inspired telescope display some 400 years ago has now witnessed a rival remarkable demonstration in the exact same spot. The demonstration of a radical new technology has unknown repercussions for the future of wireless communications.

This new technology involves ‘twisting’ radio waves; a technique that could resolve the pressing worries over increasingly congested communications traffic. This seminal approach to enhancing the data-carrying capacity of radio waves has the potential to ease these anxieties; concerns wrought by ever expanding wireless traffic.

The demonstration, held in such an auspicious setting, was the result of research from Bo Thide, of the Swedish Institute of Space Physics, and a team of colleagues in Italy.

“For me it was obvious this would work” Thide said. “Maxwell’s equations that govern electromagnetic fields are… the most well tested laws of physics that we have.”

Thide and his Italian colleagues have transmitted two signals at the same time, on the same frequency, over a distance of 442 meters (1,450ft).

By varying the twist, many data streams can fit in a single frequency spread, as opposed to just the one with current-day techniques. A twisted wave, which can be visualised as a corkscrew, can be created by simply employing a twist in the dish that transmits the data.

This technique could be applied to Wi-Fi, television and radio; allowing more data channels to fit on one frequency range.

The technology’s potential impact has lead to fast-paced demanding research, as discussions have begun with industry to develop a more advanced system that can transmit more than two bands of different angular momentum. With overcrowding in the airwaves becoming increasingly concerning, the research team might hope their research can have an impact as profound as that of Galileo’s telescope.