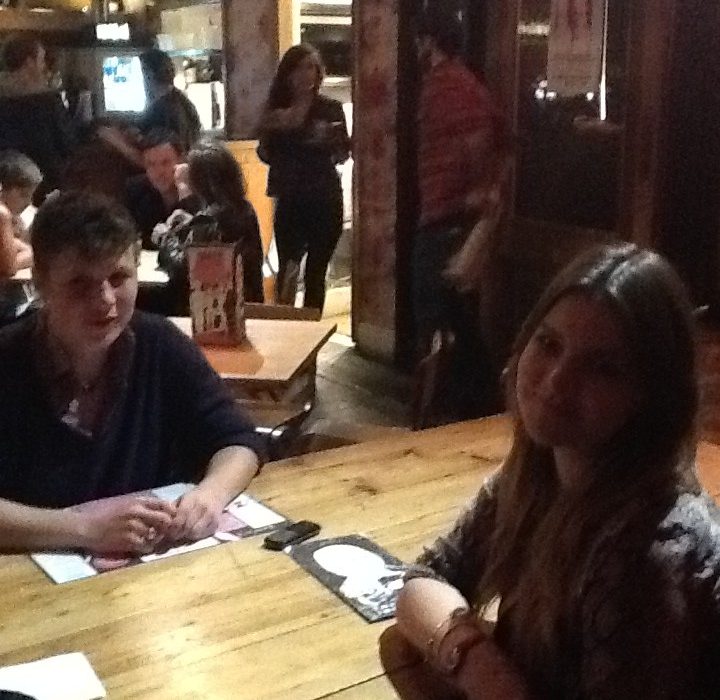 Did Barbara and Courtney hit it off? Photo. Keir Stone-Brown

He looked very smart apart from his hair, which was wet like he’d just gotten out of the shower

We both had a cheese burger which I thought was cute because we obviously already had so much in common.

I think he would be a cider and black because he’s a pretty down to earth guy but with a twist.

There were quite a few because he kept coming back to the same topics and I got a bit bored.

It was a bit uncomfortable because I think he went in for a kiss but I wasn’t sure so I just went with a hug. Nice guy but probably not for me.

I was blown away, she was pretty and dressed respectably. Spot on.

We both got a cheeseburger which she thought was really funny. I said I’d pay for the drinks and we had four rounds of cocktails! Still, worth it.

A white Russian, because she looked kind of Eastern European, and she can drink vodka like its water!

No, none, conversation flowed all night.

I would never push for more than a hug on the first date but I think she’ll be back for more! Back of the net.

Barbara and Courtney ate at The Deaf Institute, Grosvenor Street, Manchester. Thanks to the guys down at Grosvenor Street for getting involved. To check out their menu, gig listings and have a look at what club nights are coming up visit their website www.thedeafinstitute.co.uk

To sign up for blind date please e mail your name, year of study and course [email protected] with ‘blind date’ as the subject