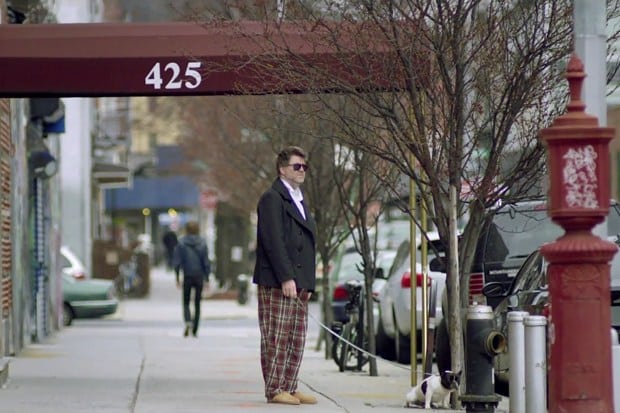 Shut Up and Play the Hits is the latest music documentary to be released.

Column: Shut Up and Make a Documentary

Irrespective of your opinion on LCD Soundsystem, and the three records they produced before calling it a day, very loudly, last April, the documentary covering the band’s final days proves a strangely fascinating watch. Everything is in place for a tale of rock and roll excess; a final show at the legendary Madison Square Garden, a sell-out crowd composed of the hardiest of the hardcore, flown in from around the world, and a mammoth four-hour setlist prepared, but in actuality, Shut Up and Play the Hits is a fairly tame affair.

It’s this, though, that makes it such an interesting watch; the film draws on the obvious juxtaposition between the euphoria of the show and the thumping mundanity of the next day; rather than waking up miles from the venue in a pool of his own vomit, or overdosing, frontman James Murphy walks his dog, meets his manager and starts deciding what to do with all the leftover gear. He talks, at one point, of the difference between the mystique he perceived to surround his favourite artists, and the normality of a musician’s everyday existence. That’s exactly what the film is about, and it’s proof that the rock documentary can provide the sort of insight you’d struggle to find anywhere else.

Murphy comes across as a pretty affable chap, but whilst so much of the press surrounding the final LCD record lauded the band for taking the unusual step of quitting whilst ahead, the film shows us how wracked with uncertainty he really is about the decision. Elsewhere, this kind of window to the artist’s world has been provided before; Radiohead’s Meeting People Is Easy makes the band’s relentless cycle of shows and press for OK Computer seem at best exhausting and at worst nightmarish. loudQUIETloud, the film about the Pixies reunion, presents a pretty sad story of a group of people revelling in their music onstage, but almost completely unable to communicate with each other off of it.

Last year’s Hole documentary, Hit So Hard, paints a hugely unglamorous picture of the rock and roll lifestyle, chronicling as it did the descent of drummer Patty Schemel from playing for tens of thousands of people to prostitution, via drug addiction. The scope of these films, and the way they can, when executed properly, broaden our understanding of an artist often extends beyond the artist themselves. Scorsese’s No Direction Home draws heavily upon an extremely rare interview, given over the course of ten hours, by Bob Dylan, but the film’s real points of interest stem from discussion with those around him, from poet Allen Ginsberg to Dylan’s ex-girlfriend, Suze Rotolo.

Regardless of what you might make of the movie itself, Shut Up and Play the Hits demonstrates the power of the documentary to let the outside world in on the inner workings of a rock band in a manner that no other medium quite achieves. If interest in this criminally-underused format spikes, then LCD’s legacy might reach further than just their music.