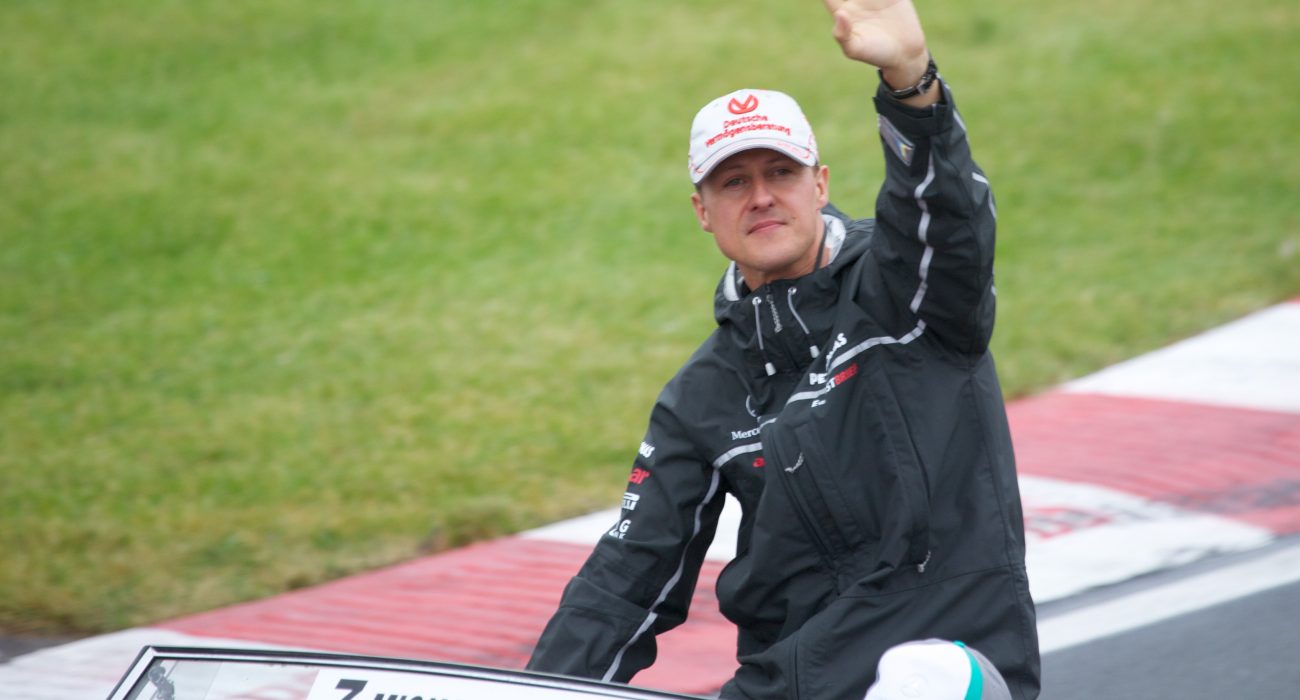 Formula 1 will see its greatest-ever driver exit the sport for a second time as the 2012 season comes to a close at the Brazilian Grand Prix in November.

With seven World titles and having placed himself on the top step of the podium an astonishing 91 times, Michael Schumacher will step down with his place as a legend of F1 guaranteed. For Ross Brawn, his team director at both Ferrari and at his current outfit Mercedes, Schumacher is “the greatest racing driver of the century.”

As with many starlets within the top tier of motor racing, Schumacher impressed on the karting circuit as a youngster, before moving up the ladder until his progress was marked with a win in the German Formula 3 championship in 1990. The year after, he was given his breakthrough chance, as he drove for the Jordan team in the Belgian Grand Prix.

In his first two seasons in Formula 1 we saw glimpses of his huge potential as he finished 3rd and 4th, respectively whilst driving for Benetton. Undoubtedly, if the car had been better he would have been able to achieve higher finishes, as Schumacher displayed teasing flashes of brilliance, indicating what he was capable of.

Whilst his entrance to Formula 1 might not have been as explosive as the debut seasons of his Mercedes replacement Lewis Hamilton, over the next 13 years he would establish himself as the leading driver in the sport, barnstorming his way to seven world title wins.

The first of these titles came in 1994, but not without controversy. With one race left and only one point separating Schumacher from his nearest rival Damon Hill, they collided in a crash which put them both out the race and decided the championship in Schumacher’s favour. There have been theories and rumours abound that the collision was not an accident, though nothing has ever been proven.

He followed the controversial end to the 1994 season with some of the most outstanding racing the sport has ever seen as the German went on to secure back-to-back world titles. This earned him a switch to Ferrari, where, after a somewhat slow start by his standards, he went on to achieve racing history.

From 2000 onwards, he won five consecutive world titles, collecting more race wins and championships than any driver throughout history.  In 2002 he had his most dominant season, taking 11 race wins and wrapping up the title with six races remaining, in the process securing a world record for the earliest ever victory.

There is no doubt that Schumacher is a legend of the sport. Some will say that Formula 1 is more about the car than the driver, and their point is perhaps exemplified by his  three-year return to racing in 2010, in which he only managed one podium position in an uncompetitive car. However, drives like the 1996 Spanish Grand Prix evidence the true brilliance of the German, a race in which he lapped the field up to third position, displaying some incredible driving panache in wet conditions.

His astounding period of dominance with Ferrari from 2000 onwards is unlikely to be repeated, and ensure that he will be remembered as a legend for years to come.