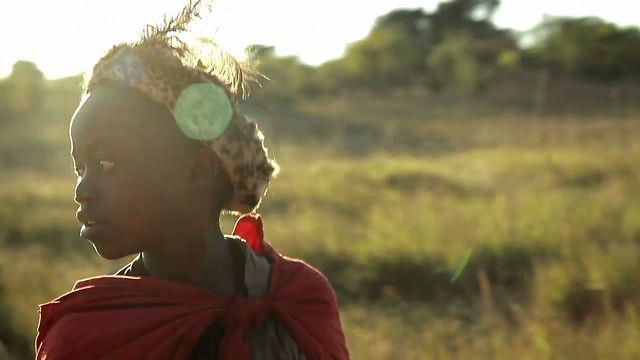 Even in this first ever year of Manchester’s film festival a strong precedent has been set on the standard that the GMFF has to offer. A lucky relationship was forged when BAFTA contacted the organisers after seeing some of their activity on Twitter. They were in fact so impressed by the potential this new film festival had that they allowed a BAFTA short film screening tour to be hosted during the weekend’s events.

With this came 8 utterly unique and expressive short films, each completely independent from one another, from some of the most intriguing directors and animators in the world. Spanning over two hours the sheer range of subject-matter, style and substance that these films embodied made for a diverse viewing.

As to be expected there were several films that carried political undertones in both an explicit and a more subtle sense. Only Sound Remains is set in the wake of violent post-election protests in Iran, as a family tries to hide the news of death of their youngest member from their grandmother. With the whole film transpiring in the tranquility of the grandmother’s house, it’s a quiet, poignant look at loss in its immediate form. Abuelas instead looks at the long-term scars that loss can bring, in the context of the brutal Argentinean dictatorship during the 1970s that ‘disappeared’ thousands and forever destroyed families.

Not all had a specific political context; Two and Two is set in a classroom where a headmaster decrees that now 2 + 2 = 5. Most are willing to accept this lie but there are a few brave children who stand and challenge this ruling, with brutal repercussions. The short has a strong message, though rather simple, which resonates louder amongst the bewildered innocence of the classroom.

From a more creative standpoint, animation films held their ground amongst the heavier subject matter. A Morning Stroll is a hilarious visual anecdote where a man walking down a street in New York City comes past a chicken having a leisurely and contented walk. The man rather bemused turns to watch this chicken make his way up the stairs of an entrance to a house, confidently peck on the door, and walk in through. We follow this same scene from 1959 to 2009 to 2059, and though the world changes around him this chicken never ceases his morning stroll. The animation is employed cleverly to follow the narrative, evolving with each era, and what A Morning Stroll lacks in substance it makes up for in its wit and absurdity.

Absurdity certainly played a role in other shorts, particularly Bobby Yeah which, it can be confidently said, is one of the most disturbing clay-animations ever made. It essentially follows a mutant creature who, when caught stealing from other strange organisms, gets attacked. Its plot is pretty much indecipherable, but really what BAFTA is crediting here is the unbelievably creative, intricate and graphic clay motion. Think of Wallace and Gromit in the midst of a horrifying LSD trip. It is highly entertaining, but I do have serious concerns for the mental state of creator Robert Morgan.

What stood as the biggest crowd pleaser was arguably the short Mwansa the Great. Set in a village in Zambia, it follows young Mwansa embarking on an imaginary adventure to prove his greatness to his friends and help his sister. It is a familiar concept, with the director jostling between the children’s fantasy and their more modest reality, but it is the acting that makes it such a heartwarming tale. Mwansa and his sister Shula are mischievous, confident and lively in their presence, and their wide-eyed journeying takes us eagerly into a beautiful world where imagination can empower everyday life.

All these films were entertaining and offered the audience some food for thought. BAFTA 2012 Short Films proved a highly successful screening which hopefully has launched a long lasting and fruitful relationship between BAFTA and the GMFF.