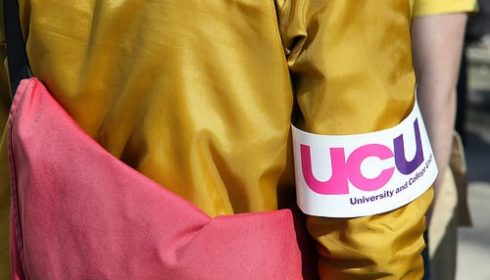 Academics face above average stress levels and a “long-hours culture” according to a report published by the University and College Union (UCU).

The report, part of UCU’s Workload Campaign, surveyed over 14,000 academic staff at nearly 100 institutions about stress relating to workload demands and hours of work and found that stress levels were worse than comparable data from 2008.

Sally Hunt, UCU’s general secretary, said: “The result of all this pressure can only drive down standards for students.

“The problem has got worse over the past four years and with funding cuts, increased workloads and rising expectations from students and parents paying much more for their education, the situation is likely to become even worse.

“We call on institutions to hear this collective cry for help and take action to mitigate the increasingly intolerable pressure on stressed-out staff.”

Martyn Moss, UCU’s regional official in the North West, said: “We can take some comfort that staff at Manchester’s biggest three universities did not report the highest stress levels of those that took part in the UCU survey. But we can’t be pleased with their results as staff at all three Manchester universities reported higher levels of stress than the average for the general British working population.

“We are urging these institutions to consider these results carefully and take steps to protect the health and well-being of university staff in Manchester.”

Stephen Court, a senior research officer at UCU, who compiled the report, said: “There is pressure to win research funding under the new Research Excellence Framework (REF), while lecturers feel they need to raise their game in teaching with the introduction of higher tuition fees. There is also pressure to do well in the National Student Survey.”

The REF will assess the quality of research at each university and be completed in 2014. The results will be used to decide how much research funding each institution receives, with effect from 2015-16.

“We have a team of professional counsellors and psychotherapists on campus, offering confidential help with any personal issues affecting work, self-esteem, relationships, mental health or general well-being.  They are available to all University of Manchester staff and students.”