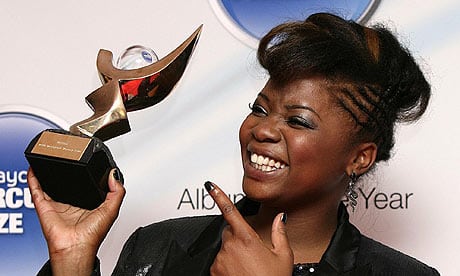 In a time where a song can be performed on the X-Factor and within hours rocket to number one in the charts, we can always rely on the annual Mercury Prize Awards to do what it does best – provide a much needed reminder to many that in fact, good new music does exist in this day and age. Since its birth in 1992, the coveted and highly sought after prize has been awarded to artists who have gone on to become household names – the first stepping stone to an illustrious career in the music industry (of course, with the exception of the 2009 winner Speech Debelle).

Three years on from her contentious victory, the shortlist is dominated by a host of alternative bands and solo artists, with the stand-out name being Plan B who’s third album ill Manors debuted at number one in the UK album chart. It seems like Plan-B’s daring change in direction, from the soulful Strickland Banks to a much darker and politically inspired rap album, has been a gamble which has most certainly paid off as he makes history, being the first soundtrack ever to be included in the shortlist for the coveted album prize.

The rest of the 12 strong shortlist features an array of offerings from established artists such as Richard Hawley and The Maccabees. This year’s nominees also include a crop of indie newcomers like Alt-J, Django Django and Field Music who must all dream of following in the footsteps of 2007 victors and then-newcomers Klaxons, who scooped the award from under the nose of the late Amy Winehouse with their album Myths of a Near Future. The MOBO nominated Roller Trio with their self-titled debut album complete the list of bands nominated, totalling six in this year’s Mercury Awards.

In what has been a strong year for solo artists across the globe, BBC Sound of 2012 winner Michael Kiwanuka and Sam Lee lead the way for the males, alongside widely acclaimed singer-songwriter Ben Howard, whose album Every Kingdom has earned him a strong and ever-growing fan base across Europe. As for the female contingent, 2012 has proven to be the year of the newcomers with Jessie Ware and Lianne La Havas pipping the previous favourites Emile Sandé and Florence to this year’s shortlist.

A week ahead of the announcement, Ben Howard appears to be the people’s favourite. Critics suggest the prize should go to Alt-J, but admit that this year’s award is one of the hardest to predict in recent years. It could seem this is down to the strength of the albums shortlisted in 2012, but considering the lack of truly outstanding records released this year it’s no surprise that many are unwilling to place their bets. Let’s hope 2013 yields a shortlist that justifies a trip to the bookies.

Announcement of the winner: Thursday 1st November on Channel 4