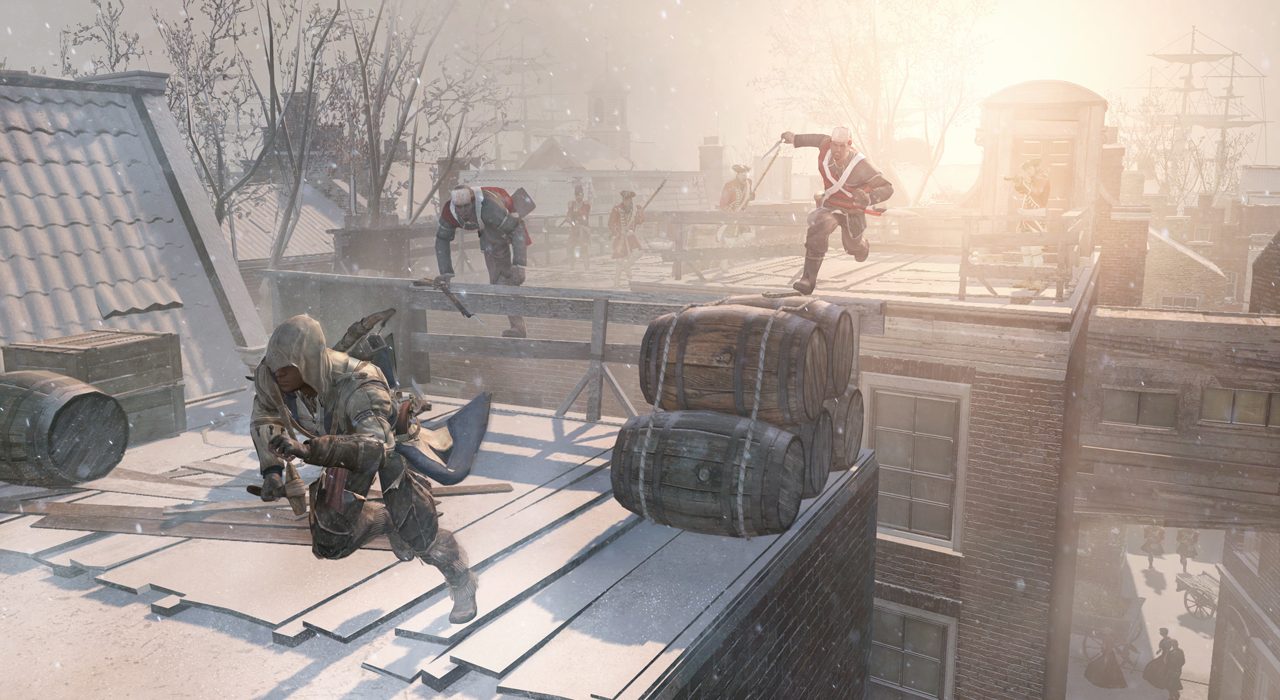 Ditching the conveniently designed streets and rooftops of Italy and Istanbul, the much hyped Assassins Creed III brings us to the time of the American revolution for more sword-fighting fun. Ubisoft have gone all out to make what was becoming another yearly franchise release into a game substantially different from its predecessors.

The fighting mechanics this time around have been streamlined, down to a three-button system. The result is a much more cinematic battle, with dynamic camera angles, killer slow motion and a new range of deadly finishing moves.

Realistic scenery replaces the slated roofs, convenient ladders and easy to climb walls of the previous games. Sneaking, sprinting and diving your way around town is as fluid and satisfying as ever, with intuitive controls and many different paths to take. Only occasionally do frustrating slip-ups lead to failed missions. Competent enemy AI makes stealth sections challenging, at times frustrating, for new and old players alike.

New distraction techniques and more options for friendlies give you new tools for assassinations. Our hero, Connor Kenway, can kill enemies in even more ways than previous Assassins Creed stars, utilising weapons such as Tomahawks and Rope Darts.

The game runs on a brand new engine, Anvil Next, which claims to push the current gen systems to their limits. Having said that, graphically it doesn’t seem to be that far ahead of last year’s Revelations although it is as well polished, as you’d expect from such a big budget game. The many cut scenes are where AC3 really shows its stuff.

AC3 is open to new players to the series, giving plentiful explanations to the deep back-story straight away. This time around, instead of Da Vinci, you’ll be rubbing shoulders with historical figures, such as Benjamin Franklin. As ever, there is a detailed fact file for each landmark and character to satisfy history buffs.

At times, it can feel that the player is too limited by the story missions, not being given enough time to really interact with the open world and many side missions on offer.

Ubisoft have been perfecting their popular Assassins Creed formula every year, and this latest edition continues that trend. While it isn’t perfect, it is significantly closer than before.