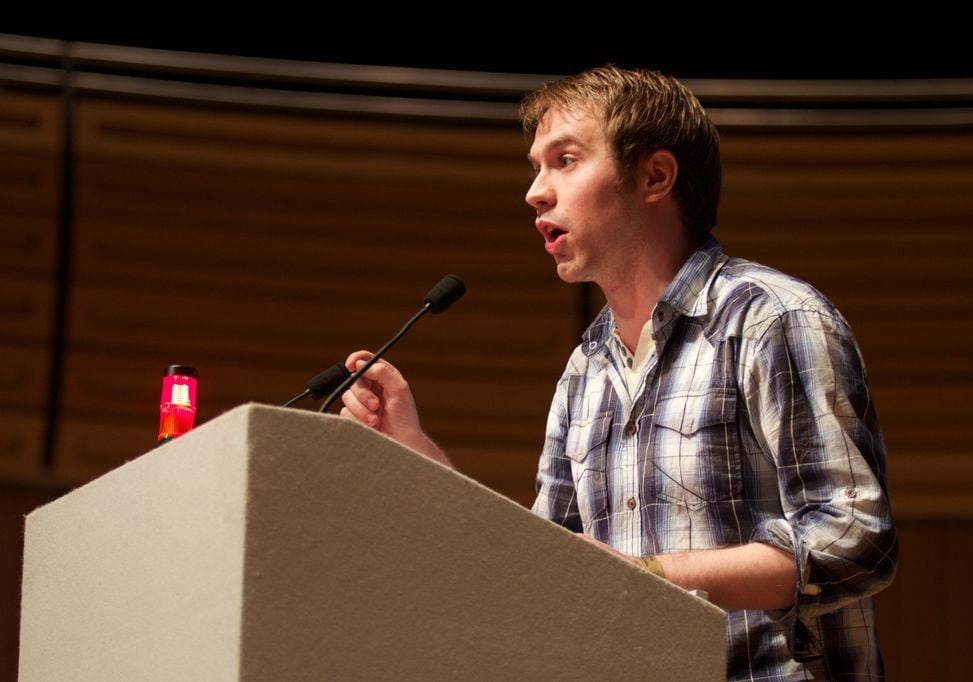 The President of the National Union of Students (NUS) has expressed concern that a repeat of the violence seen at the student protests of November 2010 could overshadow this month’s #Demo2012.

Liam Burns, who succeeded Aaron Porter as NUS President in July 2011, said: “It would be stupid to say I wasn’t [concerned]. I’m not naïve enough to think that we shouldn’t mitigate the chance of risk, but one of the things I can’t do is stop any arsehole from coming along on the day.”

He also criticised some of the decisions made by his predecessor in the aftermath of the Millbank demonstration. “It would be disingenuous for me to say that he coped completely well across the board, because part of the reason why I ran [for President] is that I think we should have made some different calls,” he explains.

Burns’ comments came in an interview with The Mancunion ahead of the latest demonstration against cuts to education funding on 21 November.

This week marks the second anniversary of the infamous ‘Demo 2010’ protest against the trebling of tuition fees, which saw hundreds of students ransack the Conservative Party’s Millbank HQ. Vandalism and violence marred the demonstration, as footage of a student launching a fire extinguisher from the top of Millbank Tower became one of the abiding images of the protest.

Despite “broad support, if not enthusiastic support” for the demonstration amongst the vast majority of students’ unions, both Loughborough University and the University of Reading have refused to back the action. Tellingly, Burns mentions the possibility of a repeat of Millbank as “one of their main concerns.”

He also reveals that the organisers made a point of ensuring that the route did not pass Millbank, a move which he says would have “purposely antagonised the chance of heightened tensions.”

“I think we’ve done everything we can to negate violence,” Burns insists. “All of our students’ unions are quite clear about this being a peaceful demonstration. I think we’ve set the tone right.”

#Demo2012 will focus on the themes of education, employment and empowerment and, with the events of November 2010 firmly in mind, Burns is unequivocal that violence will form absolutely no part of the day. “For me the reason that violence will never form a part of this campaign is that it doesn’t make sense tactically. You want public sympathy on your side; violence is not going to engender public sympathy.”

“One of the things that I’ve always said about Millbank is that I don’t think the act of peacefully occupying a locus of power, when you consider the trebling of tuition fees, was in any way disproportionate,” Burns explains.

“But when you start smashing windows, causing vandalism and harassing people, it’s not Nick Clegg or David Cameron who’s going to come down and clean that up. It’s cleaners that work in the building and we’re trying to claim that we’re fighting to get their kids into uni.”

He continues: “Our members are perfectly clear of the expectations that we have. Our NEC has agreed that we’re not going to support any form of violence.”

At a pre-demo event last month, the organisation’s Vice President of Higher Education suggested that tactics used by the student movement in Canada – including bank blockades and direct action – should be replicated in this country.

She said: “That action clearly works, and it’s clearly important… it’s up to you what tactics you want to use. If you want to go and occupy something, occupy something. It’s about changing people lives and whatever you think works for that, do that.”

Meanwhile, Burns was critical of his predecessor’s handling of the Millbank protests. Whilst he accepts that Aaron Porter was under “exceptional” pressure at the time, he claims that the fallout left “a cloud over the organisation”.

“It won’t be lost on anyone that it was a difficult time for the NUS post-demonstration 2010, but there are decisions that should have been made differently. Would I have made them differently, with all of the pressure that he had? I will never know.”

Burns cites these decisions as his motivation for running to succeed Porter. “We needed to move on from the fee vote and the demonstration… it was about a process of reconciliation to ensure that we weren’t seen as a divided movement. I think broadly that was successful. We feel in a much more comfortable place now.”

Those involved in the Millbank protest include previous members of the University of Manchester Students’ Union executive. A former Campaigns Officer, Amanda Walters, admitted to being inside Millbank on the day. She told Sky News the following day that she “had no qualms about criminal damage” in the name of student protest.

* This article has been amended to clarify that Rachel Wenstone’s comments do not necessarily conflict with Liam Burns’ stance.