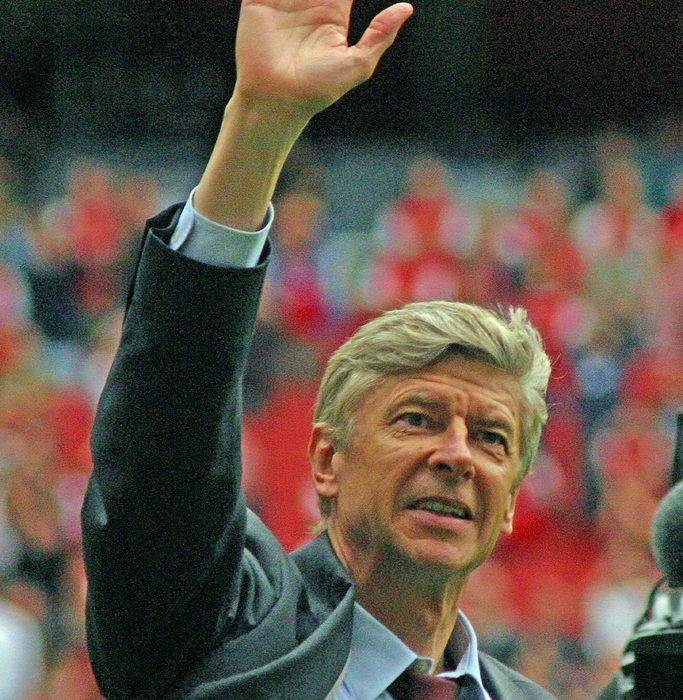 Wenger has managed Arsenal for over 20 years. Photo: Ronnie MacDonald

Arsene Wenger spoke to shareholders the day after his Arsenal side suffered their second defeat on the bounce, the comprehensive defeat to Schalke following a shock Premier League loss at Norwich. There he made the claim that simply qualifying for the Champions League is more of an achievement than winning the FA Cup or League Cup.

This statement sparks a debate on what counts as ‘success’ for a club in today’s football climate, and shows how quickly expectations can change from club to club.

Back in 2005 simply achieving a ‘top four finish’ would not have even been a target for Arsenal. Qualifying for the Champions League was a given, and a serious title challenge and perhaps a cup run was expected. Now it seems the top four is a big achievement for London club, with their Manager using it to excuse seven trophy-less years.

The answer to this is perhaps best shown in the exodus of star players from Arsenal including Ashley Cole, Gael Clichy, Samir Nasri, Cesc Fabregas, Alex Song and Van Persie. All these players left despite Arsenal’s qualification for the Champions League and all (except this summer transfers Van Persie and Song) have gone on to win trophies.

Whether Arsenal fans agree is another matter, but it is clear that if Arsene ends this season without any trophies, for the eighth year in a row, but qualifies for the Champions League, he will deem the year a success for his team.

Contrast this with the case of Manchester City. They, with the aid a few hundred million pounds of investment, have in the time since Arsenal last won a trophy developed from a mid-table to relegation-fighting team into one of Europe’s elite clubs.

Such is their turnaround, that their supposed ‘underperformance’ in this year’s Champions League group stages has been met with great derision from fans and pundits alike. Rather than marvel at the fact this team has come so far, so quickly, the expectation is for City to reach the Knockout Stages.  That is what now counts as success, and anything less would be cause of shame for the club. Rewind a few short years ago and scrambling a UEFA Cup place via the Fair Play award was an achievement and a cause of great jubilation for the City faithful.

This shows how quickly the landscape of fans expectations and measures for success can change in modern football. Many will point to the extreme influx of money as the cause of this – best shown in the Manchester City example. And many fans would argue that great investment would curb the downward trend of Arsenal’s expectations. However, a note of caution must be taken with this approach, as Liverpool can attest. Hundreds of millions of investment has been met with relatively Premier League stagnancy for the Merseyside team, showing how money on its own doesn’t solve everything.

Arsene Wenger is undoubtedly one of the finest managers of his generation. But these comments depict a man not only slipping away from competing at the very top level, but more poignantly one that is settling for just that. Listing a top four finish as an achievement was probably intended to promote the strength of the Premier League. However, his words came across as more of an admission that his club now has lesser targets than the likes of Manchester United, Chelsea and the emerging Manchester City.