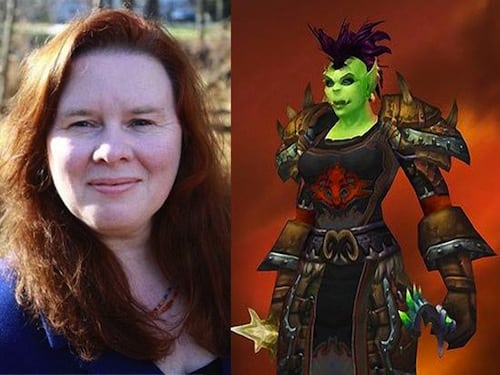 One postcard sent out to Maine voters said “We need a Senator who lives in our world, not Colleen’s world.”

The attack campaign included a website highlighting posts she had made on WoW forums and taking comments out of context including “I like to stab things” and “I love poisoning and stabbing! It is fun” alongside more political statements like “I may have to go hunt down Grover Norquist and drown him in a bathtub.”

“These are some very bizarre and offensive comments, and they certainly raise questions about Lachowicz’s maturity and her ability to make serious decisions for the people of Senate District 25,” said Maine Republican Party spokesman David Sorensen.

Colleen explained herself in a CNN interview “It’s just a hobby, just like anything else.” She spoke of receiving support from all over the world, including from conservatives who thought the way she was being attacked was wrong. Republican gamer Kara Zielke told the Maine GOP that “We may have different political views but I wont stand by while my fellow Horde are treated this way,”

It appears the Maine GOP’s strategy has backfired, alienating younger voters who identify as gamers and appearing out of touch.

With over 10 million subscribers, Blizzard’s World of Warcraft is one of the world’s most popular games.