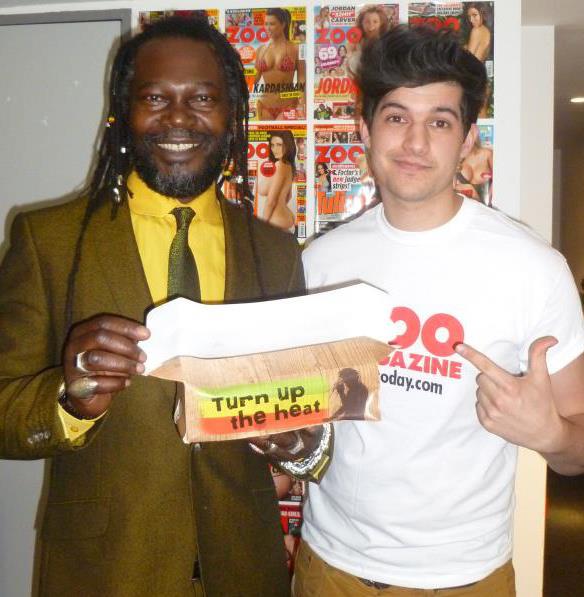 Have you always wanted to work in magazines?

Not always, when I was a little boy I went through the obligatory list of wanting to be a fireman, solider and then a policeman. However, by year 11 I knew journalism was exactly what I wanted to do. During university I was looking into newspaper journalism, as well as magazines. However I always had more of a flair for creative feature writing, so in my final year I had set my sights on men’s magazines – FHM specifically.

I found there were less opportunities in magazines during my internship and soon moved over to the web, thanks to a lot of mentoring from my boss, Adam Gold.

Ever since I have been delighted that I made the move over to the web, as there’s far more opportunities and I can still work on magazines too, where as a lot of print journalists don’t have the necessary skill set to work on both.

How did you enter the industry?

I saw an advert for an internship at FHM on Twitter while in my third year of the NCTJ Journalism course at Staffordshire University. It was exactly where I wanted to be and it couldn’t have come at a better time.

Around that time, I was finishing my dissertation and devoted myself to my FHM cover letter and writing tasks, I must have spent four or five days working on it.

Following a successful interview I started the day after my summer ball, interned at FHM for three months, then freelanced at Heatworld.com and finally was offered the job of Digital Content Editor at ZOO Magazine’s website, Zootoday.com.

What has been the most memorable experience of your job so far?

Covering the Exit festival in Serbia for FHM.com. Serbia was really cheap with great weather and lovely people – plus, the festival takes place on a really old fort with amazing acoustics.

On the last day, I was sat eating Serbian barbecue (their national dish) on an old wooden train that had been converted into a house, while overlooking thousands of people partying on the river as the sun set behind them.

Oddly, the winner of Serbian Big Brother was there too and people were obsessed with him!

Is there more to working at a lad’s mag than just gorgeous women?!

To be honest, unless you’re interviewing them or running the photo shoots we don’t see the girls in person very much. A lot of my role involves SEO, social media, building newsletters, interviews, working on advertising ideas and of course, writing.

We all work very hard, so it gets tiring to always be asked about the girls in the mag. Personally I got into this industry to be a writer and that can get overlooked because of the nature of the content.

Do you think print media will ever be fully replaced?

I think the nature of journalism is just evolving with online, social media, tablets and video content there’s a vast number of outlets for the content. I think there is still a place for magazines, but perhaps they’re for a more niche and devoted audience than they were before.

Plus, there’s also been great success from free publications.