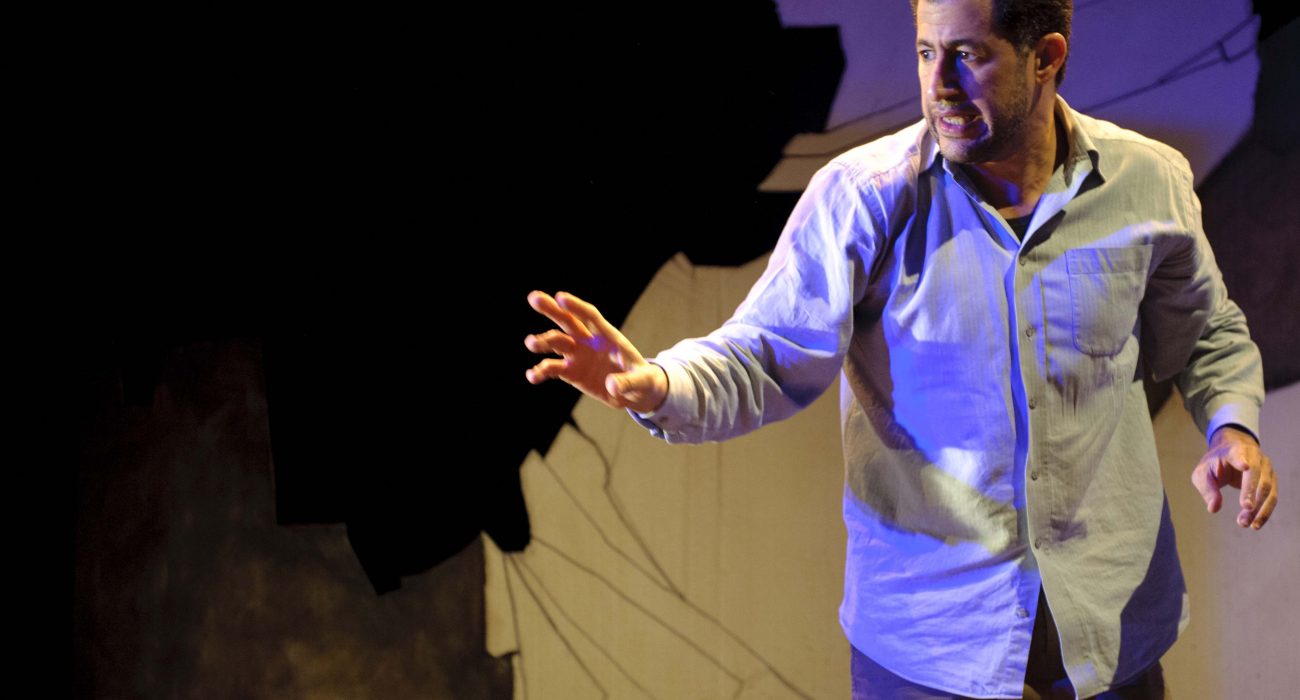 Johnny Don’t Come At All

‘Jonny Come Lately’ tells the story of a white working class mother and daughter who pretend to be disabled in order to cheat the system, by living off stolen goods and sponging off society. The women therefore get a shock when a Middle Eastern man played by Amr El-Bayoumi turns up desperate to stay with them for reasons unknown. Throughout the play, he tries to inject his culture into their ignorant lifestyle and treats Britain with respect and dignity. Mixed with right wing political messages, ‘Jonny Come Lately’ sent political sparks through the air implying that immigrants should not always be stereotyped living off the state. However, these cultural, political messages had to be dug up as they were hidden under the poor way the play was directed.

It can’t be ignored that the play was a bit like a GCSE drama performance, which was trying to be overtly pretentious. For instance, the scene changes were un rofessional, and the story line didn’t quite click. This was not what I had expected from ‘Coal’, an award winning company. The techniques used such as physical theatre were only hinted at, and I feel if more of it had been utilised ‘Jonny Come Lately’ may have had more potential. In my opinion ‘Coal’, just about scraped a C minus and had little sparks for a blazing performance.

Despite this, the distinction between the working class women and El-Bayoumi was conveyed well. For instance, El-Bayoumi made Arabian food and explained how he ate it in his country regardless of his language barrier. However, Erika Poole who brought energy to the play with her aggressive, assertive attitude refused to eat ‘foreign’ food, highlighting the ignorance of some of the British population today. The clash of civilizations therefore was portrayed well, and probably one of the only scenes which was ‘A’ grade material, (and Poole can have a gold star).

Amr El-Bayoumi undoubtably brought colour, culture and a bit of comedy to the play, which is pretty impressive as he did not speak English throughout. His movement, and tonality gave him ability to connect with the audience, as he had the talent to act as the most comedic character yet still bring sorrow to his theatrical performance. Similarly Erika Poole also had the ability to transform from an aggressive mother to a severely disabled character, upping the theatrical performances grade.

Unfortunately, ‘Jonny Come Lately’ definitely had potential to be a raw piece of physical theatre. However, its slightly dark, quirky confusing plot left me quite unimpressed, and I definitely did not think it was worthy of an ‘A*’ grade. The acting did improve as the play went on but the jokes did not mature. On that note, Jonny, please don’t come at all.