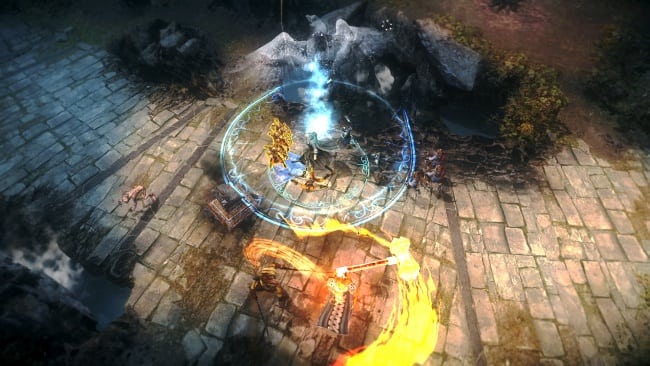 Lord of the Rings: Guardians of Middle Earth – Preview

Monolith Productions will bring the latest entry in the Lord of The Rings franchise Guardians of Middle Earth to Xbox 360 and PS3 on December 4. This time around console gamers will be introduced to the MOBA (Multiplayer Online Battle Arena) style of game-play. The pressure to impress is huge and in no small part due to the hot competition offered by the rival PC platform which can boast such titles as League of Legends and Starcraft.

The game will offer a choice between five classes and 20 characters, gamers will be encouraged to specialize according to their preferred style of play early on. Warriors, Strikers, Enchanters, Tacticians and Defenders complete the options available to the player with each bringing a distinct set of strengths and weaknesses to the table. For example, where Enchanters like Gandalf lose out in terms of health and minimal resistance to incoming attacks, they will make up for in devastating offensive moves. Defenders on the other hand are able to withstand high amounts of damage, but offer little in terms of attack.

Perhaps the most interesting aspect of Guardians of Middle Earth is the character customisation made available through three forms; Potions, Commands and Guardian Belts. Potions and Commands are typically purchased with credits earned through mission advancement. However the Guardian Belts are a unique feature introduced by Monolith. The Belts are carried by every character in the game and can hold up to seven gems and/ or relics each (more slots are unlocked with game progression). Each gem or relic gives the holder a unique trait that increases their ability and can be placed in order of importance within the available slots. The higher a relic or gem is placed, the greater its effect on the character. The game should impress when it comes to character personalisation if nothing else, something that will attract RPG fans to the genre.

This is certainly a brave release by Monolith and could prove to be a stroke of genius if it lives up to the hype.