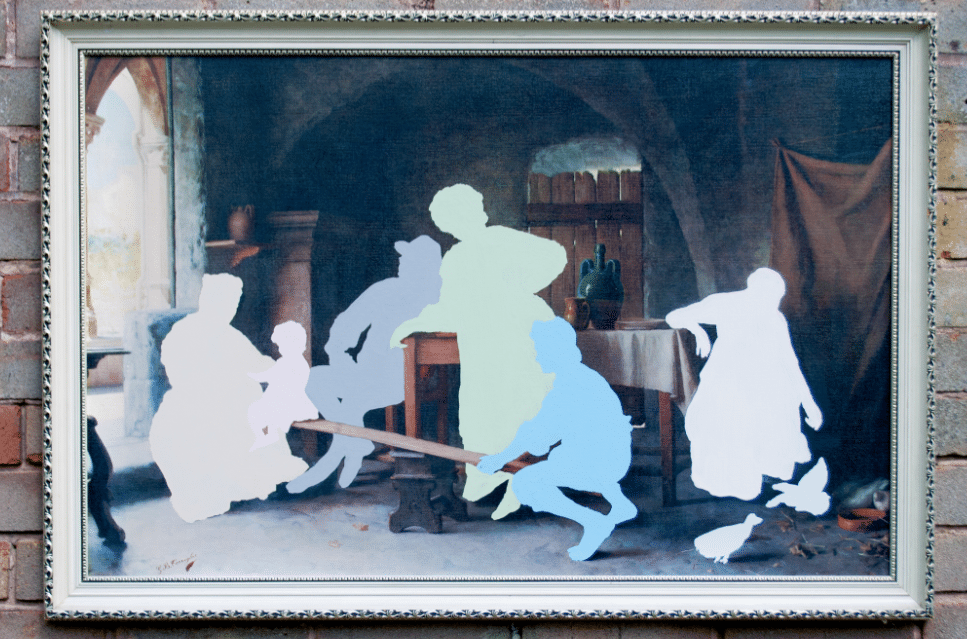 Review: Fraser Chapman at the Cornerhouse

Even from across the street, through the rain, and between the buses, it’s quite easy to see the first series of work by the Cornerhouse’s newest ‘Projects’ exhibitionist – Fraser Chapman.

On the ground floor, a collection of five globe-like paintings demand attention with their large size and varicoloured composition. At first glance, it’s difficult to know what it is we’re looking at – my first guesses ranged from microscopic views of germs to worrisomely active weather maps.

The Manchester-based artist’s paintings are actually, as described by Cornerhouse, “accurate depictions of the geological makeup of the lunar surface.” Far-out man! From the near side to the far side, each area of the moon is illustrated in a paint-by-the-numbers fashion. Whether the paintings have a meaning or purpose that extends beyond exploring the aesthetic potential of geologic maps is for Chapman to know and for us to decide. Either way, they’re worth seeing as a beyond-earth warmup before heading upstairs where David Shrigley’s exhibit will turn your world upside down.

On the first floor, in the back area of the Cornerhouse café, can be found Chapman’s second series. You’ll have to make your way through bustling tables of chatty, cultured types drinking their wine, scribbling in their notebooks, and excitedly discussing their newest ideas, but that’s part of the fun.

In this second series, Chapman channels his inner-Marcel Duchamp by imaginatively repurposing a set of found, mass-produced canvases. In the first two paintings, Still Life #1 and Still Life #2, the figures are reduced to silhouettes while the setting remains untouched — allowing us to reinterpret scenes originally depicted by masterful painters such as Pierre-Auguste Renoir.

The majority of the remaining pieces are covered almost entirely in white emulsion — leaving only one or two subjects untouched. By placing a dense fog around the remaining figures, they become the focal point of our understanding of the scene. We are left to imagine the setting and, perhaps, realise our frustration with concealed information.

Fraser Chapman has more than a just a cool name – he has the honour of displaying his work at the Cornerhouse and you should go check it out.