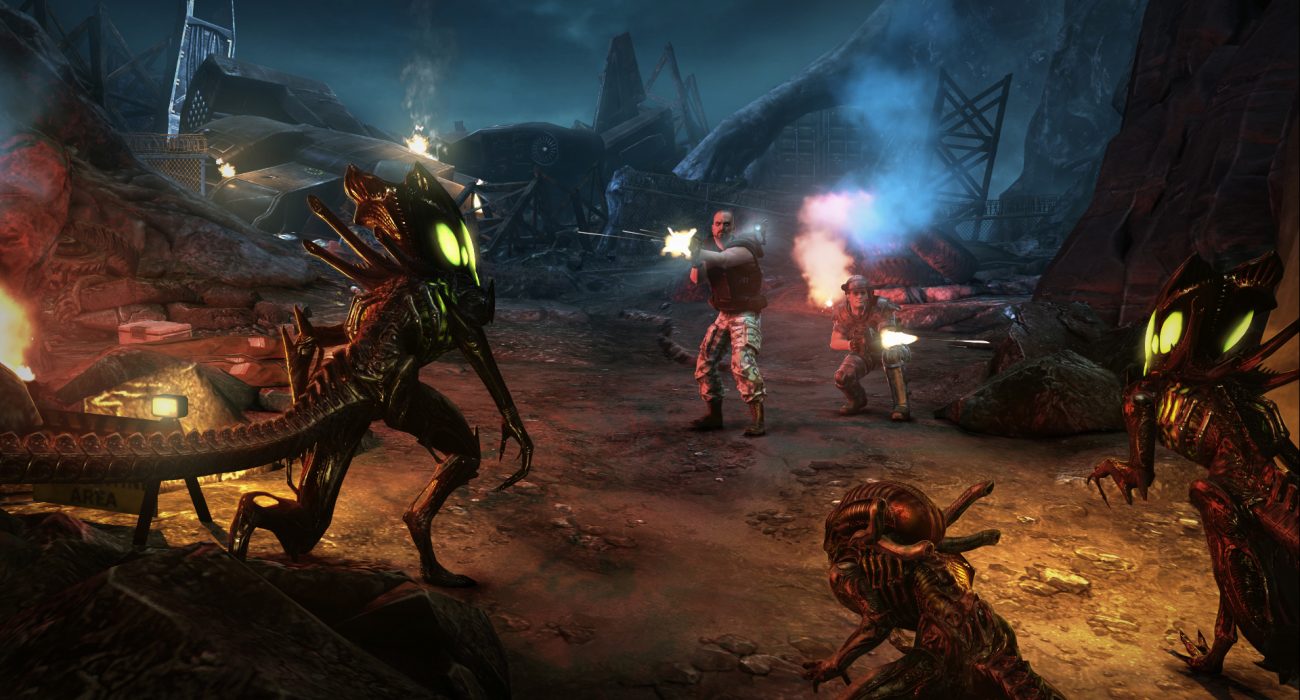 Aliens: Colonial Marines offers fans a new experience in the Alien Universe while aiming to please hardcore followers with plenty of references to the movies. The storyline acts as a direct sequel to James Cameron’s 1986 movie Aliens but takes place after Alien 3. Playing as Corporal Christopher Winter accompanied by a team of Colonial Marines, you set off on a mission to investigate the strange goings on aboard the USS Sulaco in orbit around LV-426.

The FPS gameplay may make the enemy Xenomorphs a bit easier to kill than in the movies in order to increase the fast paced action-packed value of the game; but for most fans the opportunity to explore familiar locations such as Hadley’s Hope, the surface of LV-246 and plenty of other recognisable visual additions, will temper the relative ease with which some enemies can be defeated.

Gearbox offer a four player co-op experience (two for split screen) as well as a powerful looking arsenal, including pulse rifles, smart guns, auto turrets and robotic loader suits – all customisable both visually and in terms of functionality – offering gamers the opportunity to personalise their experience in a genre which has previously lacked such depth in its games.

Multiplayer team death match (Marines vs. Xenomorphs), a 4v4 objective mode called Escape where a squadron of marines must reach an evacuation point whilst under siege from the Xenomorphs evoking memories of Left 4 Dead and perhaps most importantly, following the success of Horde mode in Gears of War, a survival mode will be offered where four Colonial Marines take on waves of Xenomorphs!

Aliens: Colonial Marines will be released on PS3, 360 and PC on February 12.